These days there is so much information available that I’m fairly sure that whatever is news to me will not be news to someone else. That being said, however, there is a lot I learned about Native American families and communities while I was researching my novel, THIEVING FOREST. Previous to this, most of my “knowledge” came from Hollywood or from my 6th Grade Ohio state history class. And I don’t even want to tell you how many decades ago that was!

I had certain prejudices. I thought that some tribes settled in villages, others roamed about hunting and fishing, while still others traded and lived in portable houses (tepees). But as it turns out, in 1806 many Native Americans did a combination or even all of the above, regardless of their tribal affiliation. Much like today, families could be very fluid, moving from one part of the country to another, sometimes living with other families, sometimes going it alone, depending on what we might now call the economy.

Here are five other facts that surprised me:

1. Different tribes lived together in harmony
Villages might not consist of only one tribe. In fact it was common in northwest Ohio, especially after the Iroquois Wars, for several tribes to live together. It was better for the sake of protection, and it worked to build up tribes that had lost a lot of members to war and famine.

2. Separate checking accounts
Women in certain tribes owned their own land and farmed it themselves. When they sold their crop, they kept the money. Their husbands had their own sources of income.

3. Chiefs could be female
I know, surprising, right?! Never saw that in a Hollywood movie. Also, you might find more than one chief in a village, especially if the village was a large one. Different chiefs had different responsibilities: one might oversee agricultural disputes; another might interview guests and newcomers.

4. Not all tribes took captives
Different tribes had different attitudes about this. Some tribes did not take prisoners at all, some let their captives go after hostilities were over, while others converted captives into adopted tribal members and treated them like family.

5. Intermarriage and adoption was common
Inter-tribal loyalties were strengthened by marriages, much like European royalty. And in fact, in some cases relations through marriage took precedent over tribal affiliation.

Of course, generalizing about Native Americans is like generalizing about Europeans—not everyone is going to be culturally similar, even if they live on the same continent. And my focus was very small: the Great Lakes Indians, or Forest Indians as they were sometimes called. But even so: some surprising facts, yes? Or did you know all this already?! 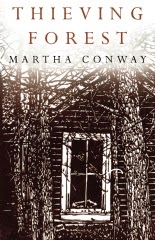 FIVE SISTERS. FOUR ARE KIDNAPPED. ONE GOES AFTER THEM.
ALL THEIR LIVES ARE CHANGED FOREVER.

On a humid day in June 1806, on the edge of Ohio's Great Black Swamp, seventeen-year-old Susanna Quiner watches from behind a maple tree as a band of Potawatomi Indians kidnaps her four older sisters from their cabin. With both her parents dead from Swamp Fever and all the other settlers out in their fields, Susanna makes the rash decision to pursue them herself. What follows is a young woman's quest to find her sisters, and the parallel story of her sisters' new lives.

The frontier wilderness that Susanna must cross in order to find her sisters is filled with dangers, but Susanna, armed with superstition and belief in her own good luck, sets out with a naive optimism. Over the next five months, she tans hides in a Moravian missionary village; escapes down a river with a young native girl; discovers an eccentric white woman raising chickens in the middle of the Great Black Swamp; suffers from snakebite and near starvation; steals elk meat from wolves; and becomes a servant in a Native American village. The vast Great Black Swamp near Toledo, Ohio, which was once nearly the size of Connecticut, proves a formidable enemy. But help comes from unlikely characters, both Native American and white.

Both a quest tale and a tale of personal transformation, Thieving Forest explores the transformation of five pioneer women and one man as they contend with starvation, slavery, betrayal, and love. It paints a startling new picture of European and Native American communities, along with compelling descriptions of their daily lives. Fast-paced, richly detailed, with a panoramic view of cultures and people, this is a story of a bygone place sure to enthrall and delight.

“Thieving Forest is the gripping story of Susannah Quiner’s quest to find and recover her sisters, kidnapped as part of a plot against the family, all struggling to survive in the unforgiving wilderness that was 19th century Ohio. The interwoven tales of each sister – and Susannah’s search through the vast forest and swamp that once bordered Lake Erie – are told in fast-paced prose that vividly portrays a time long past and the timeless challenges and choices of life both then and now.

Fans of literature about early life in America from Last of the Mohicans to Little Women will be delighted to discover Thieving Forest and add it to their list of books to enjoy again and again.”
– Alice K. Boatwright, author of Collateral Damage and Under an English Heaven

For an excerpt of THIEVING FOREST, go to Martha’s website at http://www.marthaconway.com

Martha Conway’s latest novel, Thieving Forest, has been called “extraordinary” by the Akron Beacon Journal. Her first novel 12 Bliss Street was nominated for an Edgar Award, and her short fiction has appeared in The Iowa Review, The Mississippi Review, The Quarterly, Folio, Puerto del Sol, Carolina Quarterly, and other publications. She graduated from Vassar College and received her master’s degree in Creative Writing from San Francisco State University. She has reviewed fiction for the San Francisco Chronicle, The San Francisco Review of Books, and The Iowa Review, and is a recipient of a California Arts Council fellowship in Creative Writing. Born in Cleveland, Ohio, she now lives with her family in San Francisco.


Martha has taught fiction at UC Berkeley Extension and at Stanford University’s Online Writer’s Studio. She tweets ten-minute prompts and exercises every day on twitter (#10minprompt, #WritingExercise) via @marthamconway.
Posted by Caroline Clemmons at 1:30 AM

This was a super post! Loved the pictures starting with blue flowers and the dancer. Being from Midwest I know about Plains Indians...about Indian Territory history but I know little of the Woodlands. We now travel some to northern Kentucky for grandchildren which takes us across Indiana and some of Ohio. The forests are amazing and I often ride along letting my imagination see lurking faces behind the trees. I hope this book is as good as it sounds because I just ordered it!

This book sounds intriguing. Living in the Southwest, I don't know much about Potawatomi Indians. Thanks for sharing.

This book sounds intriguing. Living in the Southwest, I don't know much about Potawatomi Indians. Thanks for sharing.

Thanks for your interest! There were so many tribes living in and around the Ohio area, and it was fun to research them (or at least, many of them!). Lots of different ways of life, and I was interested to learn that many of the European settlers adopted Native habits, and vice versa.