Three years after Emma Sloane's wealthy fiance's mysterious death, she's finally ready to move on and pursue her own dreams. But her plans are derailed when she's attacked outside her New York City apartment in what she thinks is a random violent incident. Then other women who look just like her start turning up dead...

Homicide Detective Jake Quinn is haunted by the one case he couldn't solve. When he's put in charge of a new high-profile murder case, he interviews a victim who escaped a similar attack—and to his shock it's Emma, the former fiancée of his unsolved murder victim.

Neither expects the sparks of attraction between them. But the killer escalates, clearly targeting Emma, and Jake's job is on the line. Can he solve this case before it's too late for both of them?

Emma made her way through the crowded sidewalks toward her apartment, struggling to balance the plants, her groceries, and her purse. She could grab a cab, but at the rate traffic was moving, she’d make it home faster if she walked. Maybe that wasn’t the best decision with everything she had to carry, but New York City was alive with people enjoying the warmest evening spring had offered so far. The fresh air carried a promise of invigoration and renewal she desperately needed.

The sky took on an orange glow as the sun dipped between skyscrapers. As she traversed the last few blocks toward her apartment building, darkness settled in more quickly than she’d expected. She headed up the steps to the building’s entrance and shifted everything to one arm so she could access the keypad next to the door with the other hand.

“Need help with that?”

She turned at the odd, raspy sound close behind her, like that of a man trying to disguise his voice. A tall, muscular figure emerged from behind the potted shrubbery, dressed all in black and wearing a ski mask that revealed nothing but his hazel green eyes.

He gripped her elbow and she gasped. The tray of flowers crashed to the concrete. Her bag of vegetables tumbled to the ground and scattered in every direction. She managed a muffled cry as he slapped a work glove-covered hand over her mouth, filling her nose with the stench of rubber.

He spun her back to his chest and choked off her air with a thick arm around her neck. “Shut up,” he snarled. The malicious command vibrated off her skin, sending a cold chill down her spine. He stepped backward as if to drag her toward the corner of the building.

“Hey!” Mrs. Henderson from 5B hurried toward them, still in her scrubs after her shift at New York Presbyterian. “Get your hands off her!”

The man released Emma so quickly she fell backward and landed hard on the stone planter box next to the doorway. He stood frozen, his furious gaze fixed on her like a wild animal who’d lost its prey and couldn’t decide whether or not to give up. She fought to memorize anything she could about him, but it was all a blur once he turned and took off down the sidewalk.

Mrs. Henderson reached her side, grabbed her hands, and steadied her. “Emma, are you all right?”

“Yeah,” she said as she stared down the street after her attacker, fighting for breath. “I’m okay.” But who the hell was that?

And oh my God. Had he just tried to abduct her? 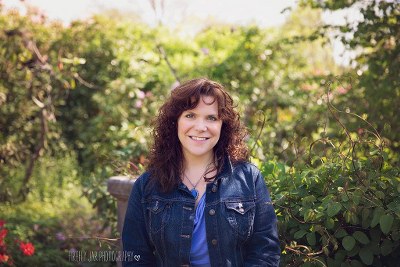 A lifelong resident of northern New Jersey, Dawn Altieri has been scribbling stories practically since birth. After reaching a milestone birthday (she won't say which one), she figured it was about time she took a shot at writing professionally.

With an overactive imagination and a slightly twisted mind, she enjoys reading dark and dangerous tales almost as much as writing them. When she's not curled up on the sofa with her laptop, her latest story, a box of chocolates and a cup of tea (or a glass of wine, depending on the time of day), she can be found volunteering in the world of animal rescue. To keep a roof over her head, she works in the printing industry as a graphic production artist. She shares her home with her husband and daughter, and a menagerie of rescued fur-babies.

The cover is so beautiful. I love purple.

A very good book, the books you share are all nice！