Craig will be awarding a $15 Amazon or B/N GC to a randomly drawn winner via Rafflecopter during the tour.

Family roots, teachings, and tradition permeate Darby Weeks’s existence despite a two decades old decision to walk away from a life of privilege. They have given him the courage to survive under impossible conditions, but the most challenging of them all comes from an unexpected place: his return home. As heinous crimes peppered with riddles begin to plague the North Country, Darby's reappearance back home sparks an old rivalry between two families, releasing an evil to wreck vengeance upon everything around them. Darby's proposal of a truce between them not only fails to appease the rival family’s thirst for retribution; it fuels it. And the town of Bretton Woods lies between the two when old passions ignite and set forth new determinations to win an old struggle.

Reunited with an old flame and guided by a pompous blowhard, Darby sets out on a journey to learn the truth about his family’s past and their ancient blood feud with a ruthless industrialist. Darby’s quest leads him all over New England, from the rare books library at Dartmouth College to Author’s Ridge - the final resting place of the literary greats Thoreau, Hawthorne, and Emerson. Darby discovers family he’s never known and an insidious danger lurking in the arms of a rekindled love. 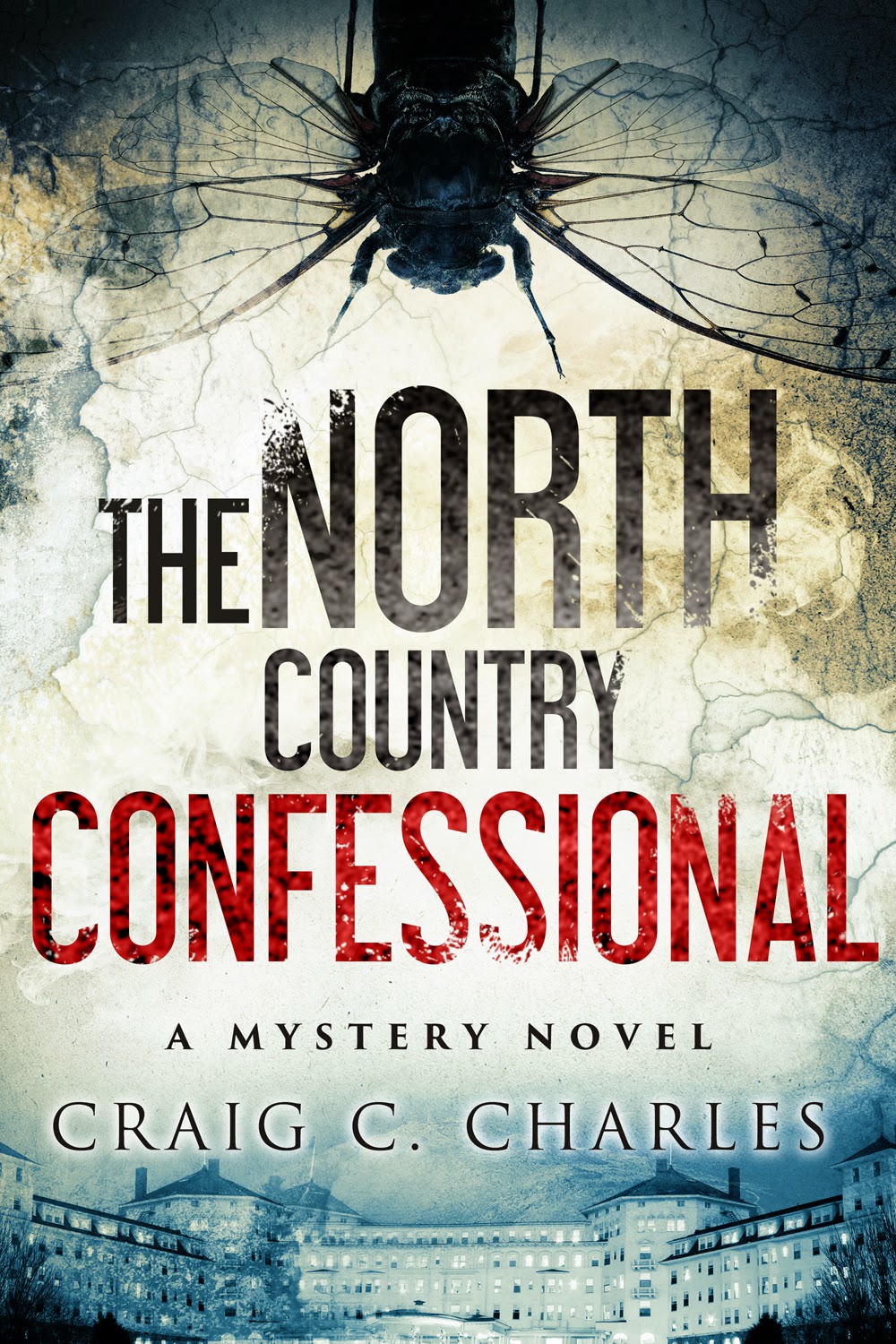 The talus deposits at the base of the cliffs should have forewarned me of the dangers lying just ahead, but instinctively I continued to hurtle headlong, straight into the past. The glacier-carved notch was the unofficial southern doorway into the North Country, a stalwart obstacle regulating access to invading flatlanders. I gazed at the scree and wondered if I had made the right decision to return. My thoughts wandered like the snaking road ahead of me while one of my favorite quotes from Katherine Anne Porter weighed heavily on my consciousness. Although I knew where to physically find Bretton Woods, ‘the past is never where you think you left it.’
My driver recounted the history of Franconia Notch as we traversed the mountain pass. A pre-dawn rain had scoured the shear walls, leaving them glistening and flowing with tears disguised as falling cataracts. They wept for me, matching the pain that gnawed inside of me. Unsure what the future held, I knew the answers would be waiting for me in the Great North Woods.
“Are you from the North Country?” the driver asked.
“I was born up here…against my will, but I haven’t been back in a long time.”
“Well nothing really changes up here so it will probably feel like you never left.”
That’s what I’m afraid of.
“I’ve spent my whole life living up here in God’s country and I never could think of living anywhere else,” the driver added. “You said you’re originally from Bretton Woods, did yah?”
“My family was from there.”
“Funny, I know just about every brood in Carroll County, but I never heard of the Weeks clan. Is that your father’s surname?”
“No, it was my mother’s maiden name. She thought it would make things easier for me as a child if I wasn’t associated with my father or his family and the expectations that went along with it.”
“Did it help yah?”
“Barely,” I said, chuckling to myself, “but I escaped as soon as I was old enough to join the Navy.”
“If you don’t mind me asking, what was your father’s last name?” the driver pressed on.
I thought about lying or maybe using a more common Québécois surname like Gagnon or Tremblay, but I wanted the driver’s pestering questions to end so I told him the truth. “Stickney,” I announced while continuing to look out the window.
The car swerved, nearly sideswiping the guardrail and coming dangerously close to propelling us into Echo Lake. The driver regained his composure and command of the limo. He looked at me through the rearview mirror with eyes as wide as the divide between a rich man and a beggar. He couldn’t believe I was the one and I couldn’t believe I had finally told the truth for the first time in my life.
And so it begins. This is my confession.


I'm a native New Englander. I grew up in the sleepy shoreline community of Madison, CT. After graduating from high school in the late 80's, I headed out West and spent a wonderful six years living in, exploring, and getting lost in the deserts of Arizona. After earning my B.S. from Arizona State University, I headed back East trying to find my path in life.

I found myself trying out MANY different careers. I learned the art of audio engineering and worked at a major recording studio in Manhattan for a while. I learned the nuances of fine wine from a wonderful South African man and sold libations in his high-end store. I sold power transmission equipment as a manufacturer's rep in the Northeast. Next I ventured into the publishing world when I signed on with Yankee Magazine working in their Community Partners Program. It was here at Yankee's headquarters in Dublin, NH that I fell in love with the art of writing and beauty of the Great North Woods of New Hampshire. I met tremendous people and embarked on my own quest to write an engaging mystery novel set in New England.

However, I couldn't ignore the internal pull I felt to work with young people. I went back to school and earn a Masters of Education degree and embarked on a career as a special education teacher working primarily with autistic children. This has been my main profession for the past 14 years as I continued to write and work towards mastering the craft of writing. I love the creative process of writing and editing.

In short, I'm a life-long learner who continues to absorb all I can about the world around me.

Tour stops can be found here. The more you comment, the greater your chance to win.


Thanks for stopping by!
Posted by Caroline Clemmons at 1:30 AM

I would like to ask the author what inspires you to write?
Thanks for the giveaway! =)

loved the excerpt. I really want to know more.

I enjoyed the excerpt.

Caroline...thank you for hosting my book on your blog. I really appreciate the support and exposure.
Jessica...I've always been a creative person. From music to photography to writing. I'm inspired by beautiful locations and the histories that shape them. There is always a story to tell.