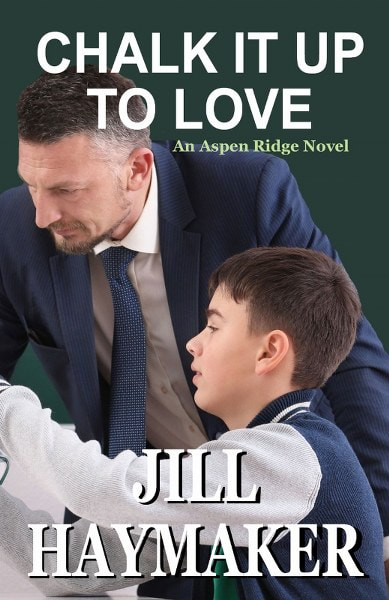 Rediscover Aspen Ridge as Jill Haymaker starts a new series set in the small, Colorado mountain town of aspen Ridge. When a new school year begins, all fourth grade teacher, ERIN MIDNIGHT, wants is to establish a new normal for herself and her ten year old son, Mark. Recently divorced, she struggles to cope with being a single mom. Fortunately, her hometown of Aspen Ridge, Colorado, provides the perfect place for her to heal.
BOYD GARRETT’S life changed the day his wife was senselessly killed by a texting driver. No longer fulfilled by his life in the big city, he accepts a new teaching job in the tiny, mountain town of Aspen Ridge, hoping to find an escape from the memories that haunt him.
Can Peak Elementary School’s new, handsome instructor teach Erin to believe in herself again? Can Boyd find the happiness he thought he’d lost forever? Or are the walls they’ve built around their hearts too high? Two people who’ve learned that with love comes pain. But, sometimes—we get a second chance. 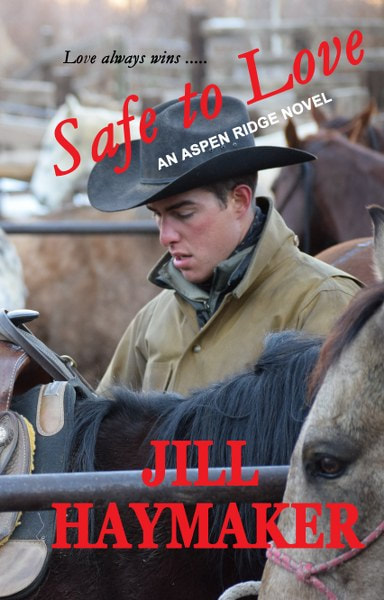 The assault had cast a dark shadow over ANGELA RODRIGUEZ’S life for twenty-three years. Her recent move to the tiny mountain town of Aspen Ridge allowed her to escape the person, but not the nightmares that haunted her nights. Would she ever be able to overcome the fear? COLT OUTLAW owned and operated the largest cattle ranch in Peakview County, Colorado. Since his father’s untimely death, he’d not only taken care of the ranch, but also his mom and sister. There weren’t enough hours in his day for frivolous things like romance. That is until Angela walked into his life. Two hearts longing for more but separated by ghosts from their pasts. Can old walls, built to protect, be crumbled by acceptance and love?
Love always wins. 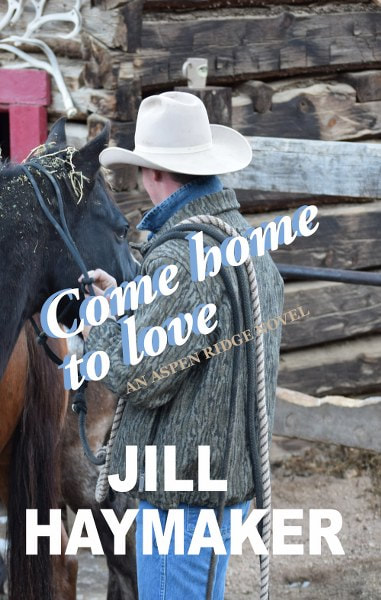 Riley Beckman has spent the last six years trying to be the perfect single parent to her daughter, Ava. The result of a one-night-stand with a handsome cowboy, Riley didn’t even know his last name when he rode off into the morning sunrise. By the time she discovered she was pregnant, all she could do was make the best of the amazing gift she’d been given.
She hadn’t needed a man to establish a happy home for herself and her daughter.

Justin Thorne, known to his friends as JT, has been a nomad since leaving home at eighteen. A cowhand, he’s traveled ranch to ranch and state to state, never staying in any one place long enough to put down roots. Still there was that one night and one girl he could never quite forget. When fate brings him back to the tiny Colorado Mountain town of Aspen Ridge, will he get a second chance?

And what happens when he discovers he left behind more than just a girl? While JT struggles with the fact that he’s been an absent father for six years, Riley fears the worst. Will he try to take her child? Or can the three of them find the family they’ve only dreamed of?

REDISCOVER ROMANCE IN ASPEN RIDGE. A SMALL TOWN WITH AN OPEN HEART. 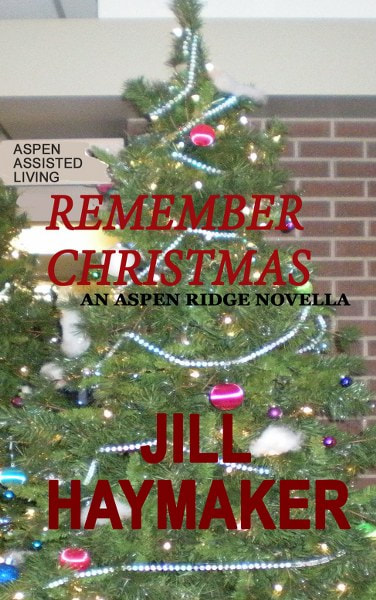 Aspen Assisted Living facility is known for their festive holiday decorations, but it did little to decorate the hearts of the residents.

The longer Grace Decker lives at the facility, the more she retreats into herself. What is the point? Her freedom died right along with her husband. Now strangers treat her like a child. She doesn’t even care that it’s almost Christmas.

The last thing Albert Stanley, a former rodeo star, wants is to be stuck inside with not a horse in sight. Six months in this place has seemed like six years. Although he’s the life of the party on the outside, inside he feels alone and isolated. Is he going to die without ever experiencing true love?

Albert decides to make it his mission to bring some Christmas cheer into Grace’s life, despite her resistance. Can two people who believe their lives are over, remember romance at Christmas, and discover that you are never too old to fall in love? This book will make you a believer in Christmas miracles.

THIS CHRISTMAS, REDISCOVER ROMANCE IN ASPEN RIDGE, COLORADO, A SMALL TOWN WITH AN OPEN HEART. 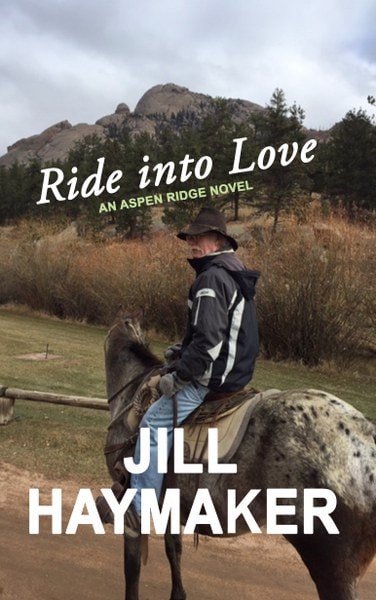 When ROBIN OUTLAW’S husband passes away unexpectedly, she struggles to put the pieces of her shattered life back together while running Eagle Tree Cattle Ranch without him. Her days of romance are over. That is until, she notices a cowboy who’s been there all along.

TRAVIS MORGAN is an uncomplicated man. He’s been a cowhand for over forty years, the last thirty at Eagle Tree Ranch. With the boss man gone, suddenly he finds himself noticing Robin in a whole new light. Could she ever see him as more than an employee?

Can their love of a cattle ranch, nestled high in the Colorado Rockies, bring these two together for something more? Maybe a small, discarded puppy will be all it takes to get the ball rolling and open their hearts to new possibilities.

There is nothing like spending time in the beautiful Colorado Rockies, where snow and romance are sure to find you. Once Jill Haymaker discovered her passion for writing contemporary romances filled with messages of hope and second chances, she never looked back. Two years ago, she gave up her long time career as an attorney to embark on writing full time. She loves her stories set high in the Colorado Mountains and the handsome cowboys her heroines find there. Although her characters and settings are fictional, they are based on the people and places she's experienced in her own time in the mountains. After writing eleven books in her Peakview series, she has started a new series, Aspen Ridge. If you loved Peakview, you'll soon fall in love with Aspen Ridge, too. Jill also writes stories for the popular Chicken Soup for the Soul books, where you can catch a glimpse of her real life.

All of the books sound very interesting.