Don't for forget the Rafflecopter giveaway at the end of the post! 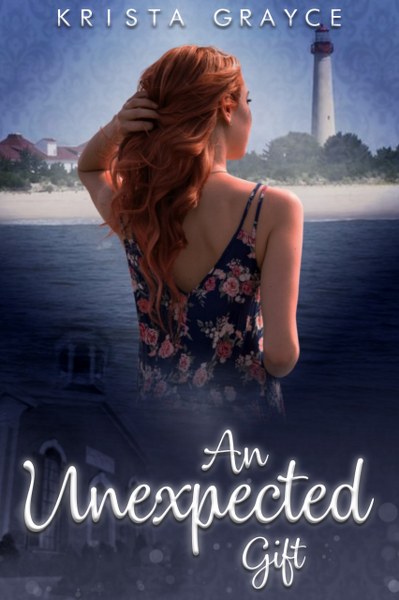 Janie Nolan’s future had never been more uncertain, she was just learning to live with the loss of her mother from cancer, she suddenly finds herself jobless after an unexpected diagnosis with autism at the age of fifty-five. The thought of moving back to her childhood home in the idyllic town of Cape May, New Jersey to assess her future is a daunting proposal. It is in that sleepy shore town that she must reconnect with her abusive father. Now ailing, he has handed over control of the family business, a failing small theater, as a possible means for a fresh start. However, Janie is uncertain as to what his true motives might be.

Alec Ryan, a handsome, former intern of her father’s and now a successful Broadway producer and director arrives from New York carrying his own tumultuous past with plans to assist Janie in restoring the theater to its former glory. Along the way, Alec discovers qualities in Janie that prove she is more than just her diagnosis and resolves to help restore Janie as well, simultaneously putting his own demons to rest and learning to love again.

But when the small town gossip mill begins to buzz about Alec and a piece of jewelry left by her mother is revealed, Janie learns of a secret that may take things in another direction could change the course of her life forever.

Seagulls were calling her outside the windows. Their cries welcomed Janie home. She felt she could not rest in that house without hearing their voices high in the morning breeze outside. They were brazen and never shut up. She could relate to that; they were her kind of bird. Their sharp squawks soothed her as they always did. The Cape May beach, light from the lighthouse, and those crazy birds, was all she needed to remain calm and content.

"The way I see it, Alec, forgiveness is letting go of all negative emotions and memories; it’s moving on with whatever goodness remains. For years I had punished myself, feeling that if I forgave more, then he would love me and accept me, and I would have more friends, but the truth was, it was never in the cards or in God’s plan. Forgiveness was the life lesson that the Lord wanted me to learn."

Janie felt her heart start to speed up. Adrenaline flooded her system as if on an IV. She thought her heart was going to explode. Her eyes widened trying to focus despite the neon and fluorescent lights. Janie wanted to either run for the hills or crawl under a table. Instead, she stayed close to Alec who was unaware of her current predicament. She wanted desperately to suppress the hammering in her chest, but any attempt would be futile. Janie was overwhelmed and her skin felt clammy and cold. The noise in the pub seemed to be getting louder and louder, leading to humming and buzzing in her ears and drowning out her own thoughts. She placed her hands over her ears and closed her eyes tightly. She began to hyperventilate and moved her hands to her throat to relieve the tightness that was developing there. It was then that Alec took notice.

What Alec saw when he really looked at Janie, was that despite shutting off her emotions for self-protection, she was still working on saving, helping, and loving others... in a way that was enhanced by her apparent lack of emotions. Whether it was called autism, or Asperger’s, if people couldn't see her immeasurable love for others then they were truly blind.

The Cape May shore was a graceful sweep of sand, glittering under the spring sun. This was where the placid ocean came to rest. The waves rolled in with a soothing sound. The beachgoers walked along the crest of the dry and wet sand, picking up the seashells that lay every few feet or so. These shells were treasures of an aquatic world just out of reach. The footprints they left behind were soon erased. The sun was high at noon and getting warmer. The aroma of sea air mixed with the smell of fudge coming from the stores on the promenade was as fragrant as it always was and brought back some very comforting memories.

HI! Just to tell you a bit about myself, I have lived in Seattle, WA most of my life. However, I was raised in New York and spent summers in Cape May, NJ. Most of my work is set on the beaches and beach towns of the Jersey Shore. I wrote my first novel when I was thirteen years old and continued to write poetry and short stories for the following years. I have had articles and papers published as well as photographs that were published in a book entitled "Rock and Roll Memorabilia II".

I hold an AA degree in Business Management. I never obtained a degree in Literary Arts or Writing per se but I feel I come by my writing talent organically as William Shakespeare is my 1st cousin 12 times removed.

"An Unexpected Gift" is my debut novel. Like Janie, the main character in the novel, I was diagnosed with High Functioning Autism at the age of forty-eight. However, I am proud to share this diagnosis with Ralph Waldo Emerson and Emily Dickenson as well as many others. I see my autism as a gift from God. It has given me a high intellect and innate talent that I use as a tool to enlighten the rest of the world to the plight of adults with autism.

Like many people on the spectrum, I never married or had children which is sadly my greatest regret. I currently live with my wonderful sister Kendra and my three cats Tyler, Tabitha and Teddy in Spokane, WA. I am planning to move back to the New Jersey Shore as soon as possible.