NEW RELEASE -- AN AGENT FOR LYDIA 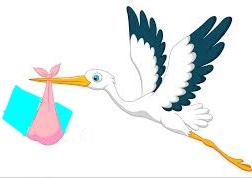 She was born early Friday, January 10, 2020, at Amazon after the author’s hours of research, weeks of sweating, writing the best story she could, consuming copious amounts of Cherry Dr Pepper and chocolate, and experiencing sheer terror that readers might not like this one.

The lovely lady can be seen at https://www.amazon.com/dp/B083MVRDM7  She is also peeking out of Kindle Unlimited. Soon she will have a twin in print.

When Lydia Wood is left at the altar, she believes something beyond her groom’s control has happened. Two years with no word have hardened her heart. She has to get away from her parents’ constant urging her to choose an acceptable husband and wed. Becoming a Pinkerton agent suits her plans.

Pinkerton Agent Jake Hunter has recovered from injuries that put him in a coma and a long convalescence. He realizes Lydia would have been injured had she been with him. He vows to distance himself from the one person who means the world to him to protect her.

When they are paired for an investigation of bank robbers they must use fake identities and follow the trail to a dangerous hang out of men on the run. Can the two successfully pull off their charade and capture the robbers or will this trip confirm Jake’s worst fears?

Lydia gazed out the train window at Wyoming’s desert landscape, recalling how terrified she’d been last night in the saloon. The man who’d wanted to take her upstairs was huge and smelled as if he hadn’t bathed in months. He carried a bottle of whiskey in one hand, some of which he had spilled on his shirt.
Thank goodness she’d had her gun and her knife. Would her little gun have stopped such a large man? With any luck she’d never have to learn the answer.
Forcing herself not to snuggle up to Jake for comfort had been almost impossible. His presence reassured her. He’d had several years experience at Pinkerton’s and knew how to deflect and defeat combatants.
An older couple rode in the seat facing them. Lydia avoided eye contact with the prune-faced woman across from her. The woman had snubbed her and Jake as if they carried leprosy. She had to admit she and Jake looked far from respectable.
Prune-face ceased staring long enough to tug on her husband’s sleeve and whisper, “Horace, doesn’t he look like the man on that wanted poster we saw in Cheyenne?”
Horace frowned at her. “Hush, Mattie.”
Did those two think she and Jake couldn’t hear them?
Lydia gestured to the window. “I’ve never seen so much sand and scrubby bushes. Barren as it is, it emanates a serene beauty.”


“Wait until you see where we’re headed. I’ve heard it’s picturesque as well.” Jake flashed his bone-melting grin.
No, thank you, she couldn’t weaken now. She’d had the vaccination for that grin’s affect. Too bad the inoculation hadn’t proven very effective.
The man traveling with the prune-faced woman looked at Jake and leaned forward. “Where you folks headed?”
Jake squeezed her hand. “We’re headed for Evanston. You?”
Lydia wondered why he’d lied.
The man relaxed against the seat. “We’ll be getting off at the next stop after the river. Been south to see our grandchildren.”
Lydia tugged on Jake’s sleeve.  “How much longer until we reach Laramie?”
“You might as well try to doze, Lily, my pet. We’ve a long ride ahead of us. I’ll wake you when we get to Laramie and we can stretch our legs.”
He’d complained about her garish dress but he was dressed in a flashy way that left no doubt he was a gambler. The dark gray suit had a red silk damask waistcoat. His watch chain was thick with a showy fob. She wondered if the watch was his or belonged to Pinkerton’s.
The other couple left at a water stop. She and Jack had the facing seats to themselves.
She tried to doze but couldn’t. With a smile, she recalled Pinkerton’s “We Never Sleep” motto. At least she had that part right. 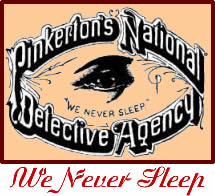 The scenery was monotonous and the rails too bouncy to read. All her life she’d scorned people who said they were bored. She’d thought any intelligent person should be capable of amusing himself. That theory was ruined because she considered herself smart and she was extremely tired of this trip.
In addition, having Jake at her side created questions and resurrected longings. Working this closely proved to be an exercise in self-control. If they’d married on schedule, they’d probably have a child by now.
She’d often dreamed of the small home they were to have in Denver. Their plans were for nothing extravagant, just a place where they could raise a family. He’d be home between assignments and they’d have a good life. With a mental slap, she pulled herself from daydreams. Concentrating on their assignment should be foremost in her mind.
Jake moved to the seat across from her. Angling himself in the corner, he stretched out his legs toward the aisle. “What on earth possessed you to apply to Pinkerton’s?”
She stared out the window and hoped she appeared bored with his question. “Perhaps I wanted to see what was so all-fired fascinating about the job.”
“Why would you leave a safe, secure home in the city to face the unknown? This is a dangerous job, not a game.”
She directed a glare at him. “For your information, Gentleman Jack Jackson, I’m not playing a game. I don’t know why you would think otherwise. You aren’t the only person capable of choosing a career in law enforcement. I am an official agent for the Pinkerton Detective Agency, Denver office.” 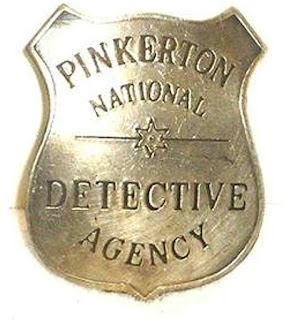 More books from this exciting multiple-author series can be seen on Amazon’s Pinkerton Matchmaker Series page: https://www.amazon.com/s?k=pinkerton+matchmaker+series&crid=30OT399ANSQC2&sprefix=Pinkerton+%2Caps%2C170&ref=nb_sb_ss_i_4_10 Christine Sterling Bortner conceived the series and Virginia McKevitt has done the covers for each book.

I'll be choosing one person who comments to receive a $15 Amazon gift card. Winner will be announced on Monday, January 13, on Caroline's Cuties Facebook page. Please leave your email if you are commenting to enter the giveaway!

Through a crazy twist of fate, Caroline Clemmons was not born on a Texas ranch. To compensate for this illogical error, she writes about handsome cowboys, feisty ranch women, and scheming villains in a tiny office her family calls her pink cave. She and her Hero live in North Central Texas cowboy country where they ride herd on their dog and three rescued indoor cats as well as providing nourishment outdoors for squirrels, birds, and other critters.

The over fifty titles she has created in her pink cave have made her an Amazon bestselling author and won several awards. She writes sweet to sensual romances about the West, both historical and contemporary as well as time travel and mystery. Her series include the Kincaids, McClintocks, Stone Mountain Texas, Bride Brigade, Texas Time Travel, Texas Caprock Tales, Loving A Rancher, and Pearson Grove as well as numerous single titles and contributions to multi-author sets. When she’s not writing, she loves spending time with her family, reading her friends’ books, lunching with friends, browsing antique malls, checking Facebook, and taking the occasional nap.

I hope you enjoyed my writing. You’ll find a list of all my books on my Amazon Author Page and follow me there: https://amazon.com/Caroline-Clemmons/e/B001K8CXZ6/

Subscribe to my Newsletter and receive a FREE historical novella, HAPPY IS THE BRIDE.
https://carolineclemmons.us5.list-manage.com/subscribe?u=0a24664c906875718d975ad7b&id=7c2e488a51
Posted by Caroline Clemmons at 1:30 AM

You had me at Pinkerton. I love the cover too.

This sounds amazing. I love reading about Pinkerton agents. Thanks for the info on the book.
debby236 at gmail dot com

I really like these kinds of stories and love the Wyoming backdrop for this. katieoscarlet@gmail.com

Oh this sounds so good ..I cant wait to read it!!! your books are amazing and take me to another place