One of the very best things about life is how interesting it all is. Even if you get bored you can always go somewhere else, do something else, or if you're a writer, you can look at the same old things in brand new ways and, voila!, a story is born.

Now that I've made that landmark statement, I'm trying to think of a way to illustrate it. While I sat here staring at the screen (it stares back; have you noticed?), my phone clanged a message received and Facebook dinged in a notification on the computer.

I know very well the phone message is from the pastor and the Facebook notification is a new comment on a post I'm following. But if I were sitting here unable to think of anything to write—and the screen was staring back blankly—that clanging message could be from "the guy who got away" years ago or a doctor's office with a scary "call me Monday" message or even an "I was born on this date. Were you there?" warning. The notification could be from someone from school. Who died junior year. Didn't she?

I'm not one of those who have so many ideas teeming in their writers' minds that they won't have time to get all their stories written, so it's important that I find things interesting. In 2012, Carina Press published One More Summer. It's the only book I ever wrote that "wrote itself." Its first draft was 83 days of getting up at 3:00 to write before work. It took more than 10 years and I have no idea how many submissions to sell it. Its publication is still one of my favorite parts of my writing career. 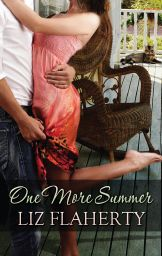 I never intended to write a sequel.

But a few years after One More Summer, I saw a tall guy walk across a hospital parking lot. He was moving quickly, impatiently. He got in his car and just sat there. In retrospect, I'm not sure if I actually saw this scene or dreamed it, because I can't tell you what hospital it was, but it gave birth to the sequel I never intended to write. Both my Carina editor and I were shocked when it didn't sell there, and for a long time, I let it lie under my virtual bed while I sulked. And then I started it on the rounds, and like the book that came before it, it's been through more submissions than I can remember.

Like the book before it, it still holds more of my heart than any one book should hold. It's all well and good to say I don't have a favorite, and I don't, but there are some that still make my heart ache for the people within them. Still have protagonists who, even in their happily-ever-afters, come back to visit and remind me that the happily-ever-after road has potholes in it. 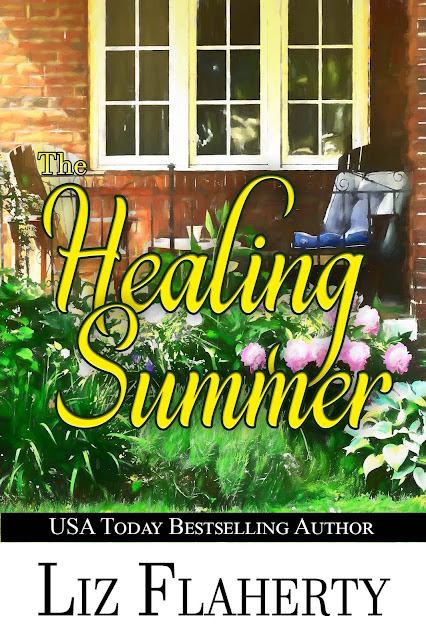 I am so very happy that the sequel, The Healing Summer, was released by The Wild Rose Press.

So I guess I better make another one. Goal, that is. Because writing, like life, is much too interesting to stop now.

When Steven Elliott accidentally rides his bike into Carol Whitney’s car at the cemetery, the summer takes on new and exciting possibilities. Long friendship wends its way into something deeper when their hearts get involved. Feelings neither of them had expected to experience again enrich their days and nights.  But what happens when the long summer ends? When Carol wants a family and commitment and a future, Steven isn't so sure. He’s had his heart broken before—can he risk it again?

Retired from the post office and married to Duane for…a really long time, USA Today bestselling author Liz Flaherty has had a heart-shaped adult life, populated with kids and grands and wonderful friends. She admits she can be boring, but hopes her curiosity about everyone and everything around her keeps her from it. She likes traveling and quilting and reading. And she loves writing.

Kobo: https://www.kobo.com/us/en/ebook/the-healing-summer
Posted by Caroline Clemmons at 1:30 AM

Thanks for having me to visit, Caroline. What a beautiful blog you have!

Sounds like a great book. Good luck with it!

Oh my goodness! I can so relate to your trek, especially to the unexpected birth of a sequel! Thank you for sharing this with us!

How exciting! Congratulations on your sequel. Sounds like a great read.

Liz, I love the story of your sequel idea! It so reflects how many of my ideas start--I 'see' someone doing something and the story takes root. Since I write medieval I don't actually 'see' it, LOL, but I feel as if I do! I'm really looking forward to reading your latest! Best of luck :)