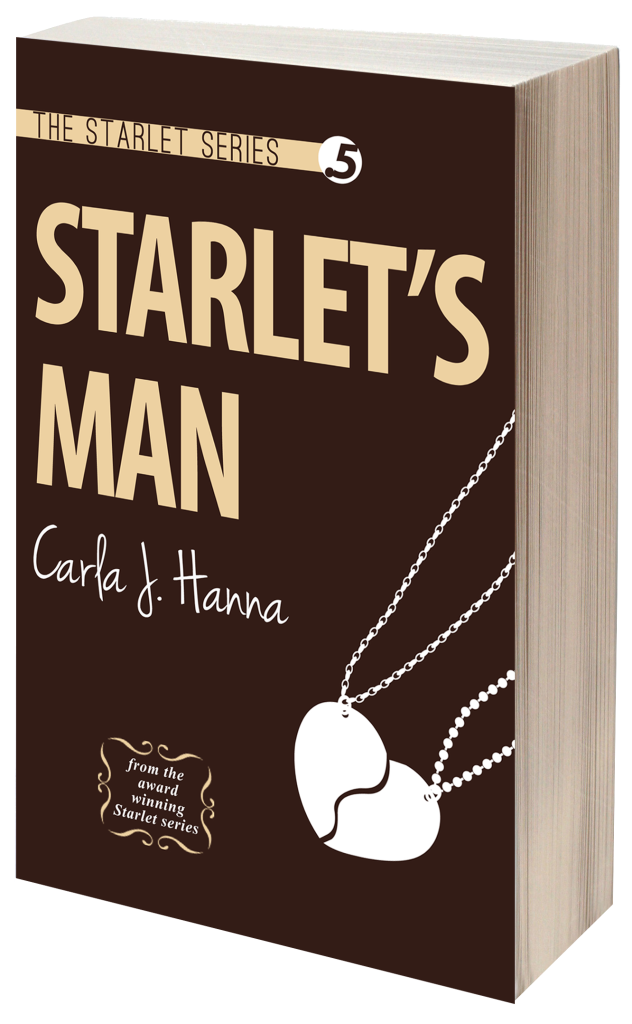 Synopsis–Starlet's Man
Lights, Cameras, and Lies. High school student athlete, Manny Biro, is caught between the boy he should be and the man he wants to become.

Everyone around him accepts the Hollywood life. He doesn't. Manny wants no part of acting. On the surface, his childhood best friends seem to have it all: money, power, success. Between the lines, they are all confused. Alan is a messed up want-to-be director focused on pushing scenes to their sexy potential. Beth is an athlete driven to escape from a dark past. Janet is Manny's kid sister caught up in fashion and trends. And Marie is a lonely actress exhausted by the culture that makes everyone's favorite stories.

What is the price of fame for all the characters? Conflicts and truths will unfold in this thought-provoking installment of Carla Hanna's young adult Starlet Series, Starlet's Man. 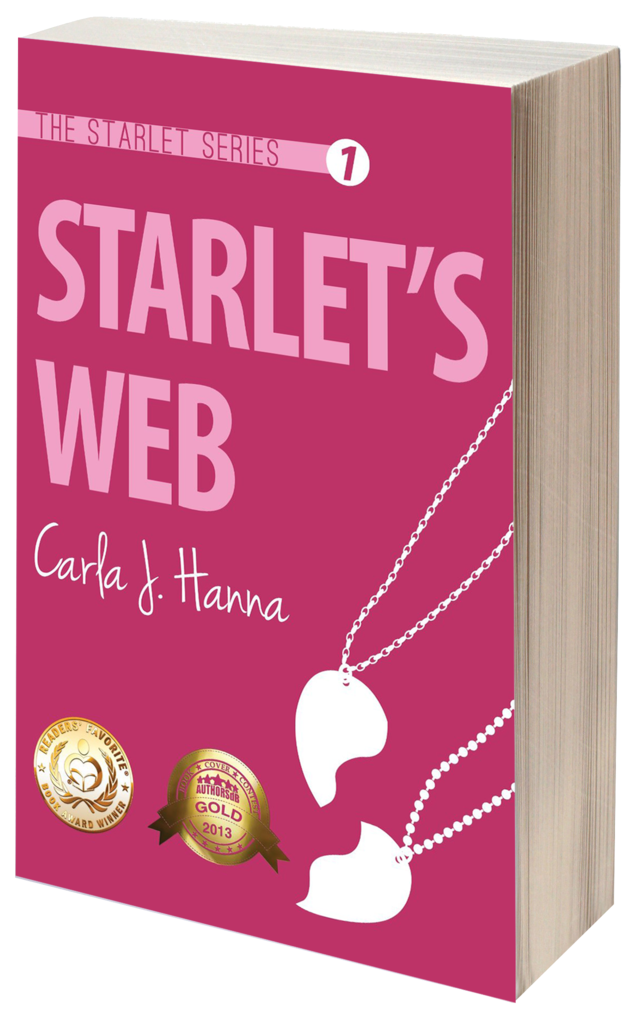 Discover the Starlet Series for new adult & college readers and uncover the life of a talented actress caught in Hollywood's web of lies.

I'm actress Liana Marie Michael. I won an Oscar at 17 but whatever. Celebrity is what it is: marketing a product. I'm part of a tight-knit group. I keep to myself and don't complain about my life. I've been happy until lately.

Evan dumping me leveled me. Matthew shocked me. I knew he couldn't hurt me with my bodyguard so near, but his eyes...so I have trust issues. Dating super-hot Byron didn't help clear the confusion either. I'm torn between going to church on Sunday and making a living from pop culture.

But experience builds perspective. My days of shutting up needed to end. First, I told Manuel. Then I told my mom. It turned out awesome until I learned the truth. 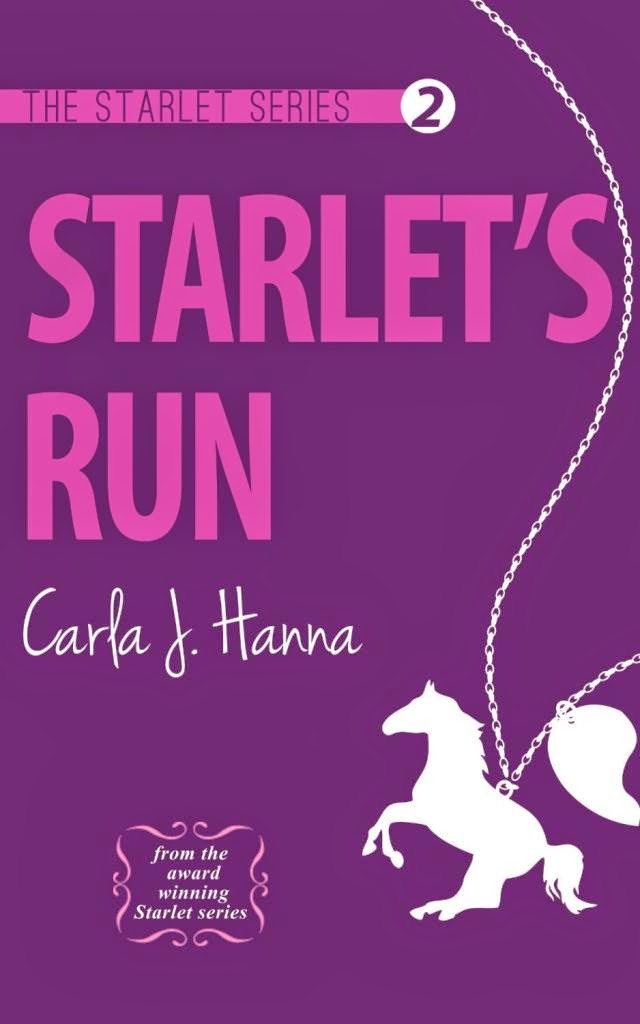 Fictional actress Liana Marie Michael writes her second memoir, Starlet's Run, as she suffers through the Five Stages of Grief. But when Lia's scripts speak for her and drama becomes her life, can she find the strength to run her own lines and shape her new role?
~ - ~
I'm actress Liana Marie Michael. Hollywood's obsession with beauty made my actress-mother stay competitive. Athletes use steroids. Actors use plastic surgery and anti-aging drugs. So now I'm a physical mess inside, dealing with it, and starring in a major motion picture.

Of course I can't quit. I have brain surgery, feel alive at Grandma's Montana ranch, go back to Hollywood and act. My boyfriend, Manuel, and I want to get married. Everyone has an opinion. I ignore the millions of naysayers until consequences turn dire.

I believe that dwelling on pain is a waste of time. Indecision is exhausting. I want to write my own future. But I'm only eighteen years old.

In a world where an actress is a product and everyone is a critic, can our young love survive? Should it? 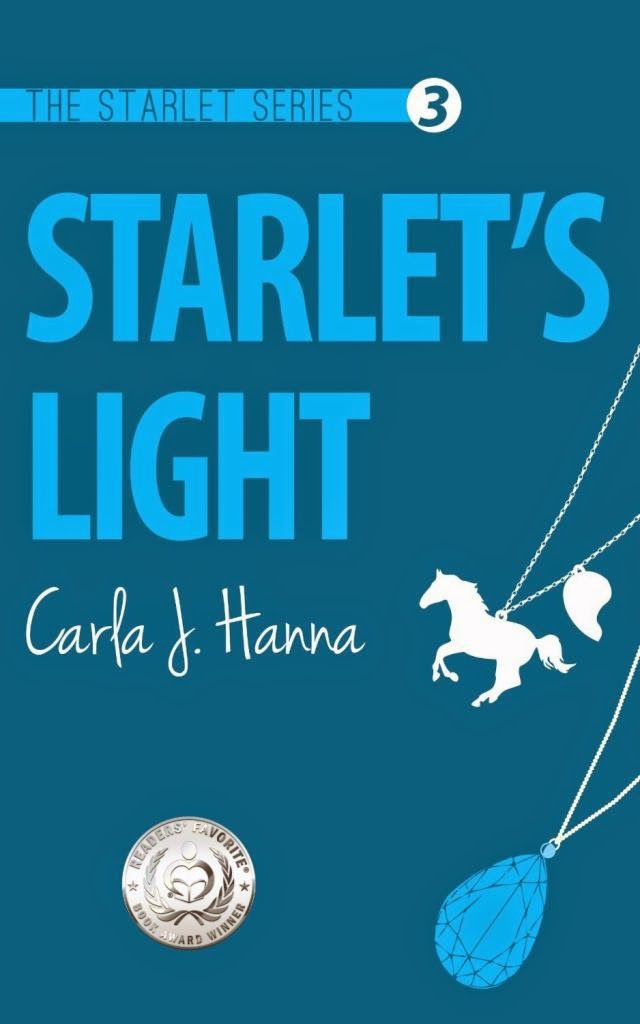 Synopsis: Starlet's Light
Love. Trust. Acting. Cancer survivor-actress gives up the fight until she sees the light. Liana Marie writes her third memoir as she struggles with trust and commitment and shapes the role she plays.

I'm actress Liana Marie Michael and am dying. In my last two memoirs, I show how I'm the ideal Hollywood product. In writing Starlet's Web and Starlet's Run, I realized that the drama in our stories affects the lies in our real lives. The thin, young ideal of beauty is as much of a lie as the plot twists and dialogue we create to hide our insecurities.

In this memoir, I make a mess of my love life while shooting a film in Great Britain. I dump Manuel for his own good. I love him with all my heart. So how could I not when he has a bright future? My dad visits and puts my past in perspective. I spend weekends in the hospital. I learn to rely on Franz, Evan and Amelie. Yes, I hook up with my Swiss billionaire-heir friend Pierre even though I miss Manuel every minute. But it all makes sense, especially since I am so done with acting.

We are all flies and spiders in a web of stories. If I live a more authentic life, can love prevail despite my many faults? Can truth alter Hollywood's web?

Carla J. Hanna lived in Santa Monica, CA where her children played with the children of celebrities. She mingled with plenty of nannies and a few good celebrity moms. Her award winning books, The Starlet Series, include Starlet's Man, Starlet's Web, Starlet's Run, & Starlet's Light. Starlet's End is scheduled to release September 2015, subject to change from publisher interest.

Giveaway: There is a giveaway for this tour. $25 Amazon/Barnes & Noble Gift Card or Book Depository Spree; One (1) Necklace (Based on Cover Image). Ends 5/1.

Carla, thanks for sharing with us today. Wishing you the best.

Thank you so much for spotlighting the Starlet Series to your readers!