THE DUCHESS IN HIS BED BY LORRAINE HEATH 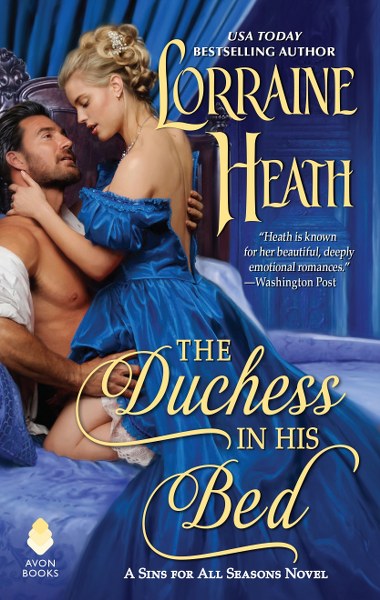 For a duchess with practical desires, falling in love is
an inconceivable part of her plan…
As owner of the Elysium Club which caters to women’s fantasies, Aiden
Trewlove is accustomed to introducing adventurous ladies to sin and
vice. But he is uncharacteristically intrigued by the mysterious
beauty who visits his club one night, yearning to indulge in the
forbidden—with him. Drawn to her indomitable spirit, he breaks his
rule of never becoming personally involved with his clientele and is
determined to fully awaken her desires.
A recent widow, Selena Sheffield, Duchess of Lushing, has never known
passion, not until Aiden’s slow, sensual seduction leads her on a
journey of discovery and incredible pleasure. But her reasons for
visiting the notorious club are not all that they seem.
As Selena’s motives become complicated by love, she finds herself with
a most unexpected choice: forge ahead with a secret plan that could
secure her future—or follow her heart which could prove ruinous.

New York Times and USA Today bestselling author Lorraine Heath always
dreamed of being a writer. After graduating from the University of
Texas, she wrote training manuals, press releases for a publicist,
articles, and computer code, but something was always missing. When
she read a romance novel, she became not only hooked on the genre,
but quickly realized what her writing lacked: rebels, scoundrels, and
rogues. She's been writing about them ever since. Her work has been
recognized with numerous industry awards including RWA's RITA(R).

This is my kind of read. LOVE the cover.

I can't wait to read this. I have read or listened to almost every Lorraine Heath book and loved every one. I was lucky enough to meet her at a conference last year, and I was thrilled. It's a beautiful cover, but all of her covers are wonderful.

Beam me up, I want to be seduced like the lady on the cover wearing the flouncy blue dress. It looks like a sexy read.

I always love a good historical romance! The cover and both models look great. :) 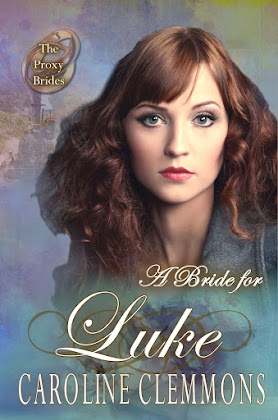 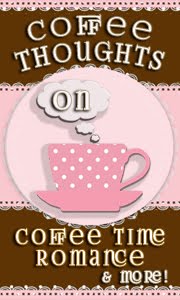 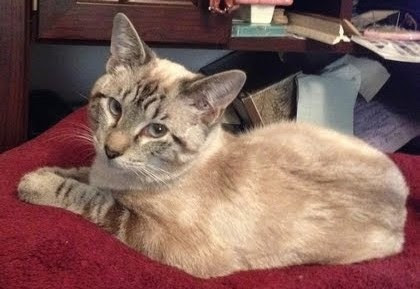 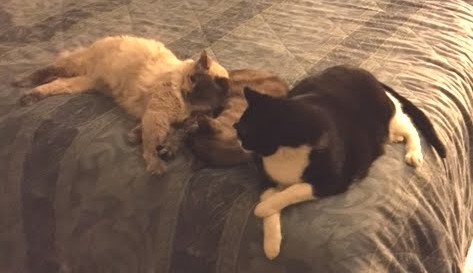