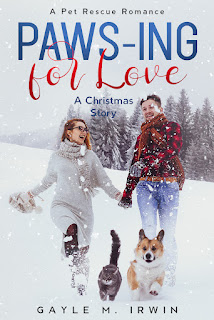 Colter, Montana waltzes in brilliance during winter, with glistening snow on mountain peaks and diamond-like frost on trees and rivers. Romance and dreams flourish in this Christmas card setting. However, news of friends missing after a raging blizzard and a later accident and subsequent illness disrupt the lives of Rhiann and Levi Butler, who operate a horse ranch and pet rescue sanctuary. Will the joy of Christmas be silenced or strengthened after a pair of stray animals take refuge at the Butlers’ property? Can a cat named Mina and a Corgi christened Maverick deliver hope or will they add more heartache for a couple and community struggling with fear and sorrow?

Levi relished the singing of Christmas carols as members of the Colter community gathered outside of Marnie’s Café. Large and small hands, children and elderly and all ages in between decorated the tall fir he had placed near the favorite town diner. Phil and others from the EMS and fire departments strung multi-colored strands of lights around tree. He watched as Phil conducted the honor of plugging in the end of the lower strand. Florence stood on the one step that led into the diner, and she counted, “Ten, nine, eight, seven, six, five, four, three, two, one!”

Red, blue, green, and white lights ignited, turning the nearly midnight-colored tree into a twinkling barrage of star-like radiance. Ornaments ranging from tapered glass and hand painted balls to wooden sleds and carved bears dangled amid the branches. The throng of people cheered and clapped. Levi noticed Florence dab her eyes, and Rhiann, who stood near the woman, hug their friend. He smiled.

Today is a better day, he thought.

He raised his eyes to the sky. Stars winked at him, and the quarter-moon hung over the café, as if celebrating with the crowd below. He felt a hand slink through his right arm, and he looked into the face of his wife. She gave him a brief smile.

“Penny for your thoughts,” Rhiann whispered.

“Gratitude – I was thinking how grateful I feel.”

“I think that’s the word describing this gathering.”

He felt a shiver emanate from her.

“I thought you going out on the little ski adventure this morning might not be the best idea, especially after spending several hours in the truck with me searching for the dog and cat. And now out here in the cold tonight.”

“We had to be here tonight – I wasn’t going to not come, and neither were you.”

Levi gave her a slight smile. “True. But now it’s time to go home. The last thing we need is for you to get sick just before Christmas.”

He dug keys out from his coat pocket and gave them to her. “Go on to the truck and get it started; I’ll let Phil, Trisha, and Florence know we’re leaving.”

Rhiann nodded her head and, keys in hand, walked to Levi’s pickup. He walked over to their group of friends, acknowledging other people he knew along the way.

“Hey, guys,” he called out. Phil, Trisha, and Florence looked at him. The women smiled.

“Such a beautiful tree, Levi!” Florence said. “You and Phil did well choosing this one.”

Levi smiled. “Thank you, Florence. I’m so glad we’re celebrating. Sadly, though, Rhiann and I need to cut our time short. She’s not feeling well, so I’m taking her home.”

“Came on kind of suddenly. Truth be told, I think between her accident, Arnie being lost, and then the two animals … plus moving into our house just before Thanksgiving, it’s all caught up with her. Getting her home, relaxing, and taking a few days off to simply ‘be’ is likely what she needs.”

“The big October fundraiser likely contributed to her stress as well,” Florence said.

Levi nodded. “But it’s all in the rearview mirror now, so, like I said, give her a few days and she’ll be fine.”

He leaned in and kissed Florence’s cheek. “We’ll all be fine now that Arnie’s back. Tell that old man to not give us a scare like that again – I’m getting too old for the stress, too!”

The woman chuckled. “Son, how do you think I feel?!”

He gave her another quick smile and then kissed Trisha’s cheek.

“Tell that girl of yours I’ll call her in a few days. She’ll probably want to say goodbye to Oliver and Ember before they go back home.”

“I’ll do that.” Levi turned to Phil and stuck out his hand. As they two men shook, Levi continued, “Thanks again, man. I’ll see you soon.”

“Yep, we have a sleigh to finish by Christmas!”

“I appreciate you, Phil.”

He smiled at each friend and then walked to the pickup. The engine running, he heard coughing from inside the truck. Levi climbed behind the wheel and looked at Rhiann. She huddled against the passenger’s side door, a blanket wrapped around her. Levi heard her teeth chattering between fits of coughing. He frowned.

He lay the back of his hand against her forehead. His heart lurched. Gayle M. Irwin is an award-winning Wyoming author and freelance writer. She is a contributor to seven Chicken Soup for the Soul books (#8 releasing in January 2023!) and the author of inspirational pet books for children and adults. Her Pet Rescue Romance series, a collection of sweet, contemporary romance stories set in the Rocky Mountain West, weaves pet rescue and adoption into the second-chance romance stories. She volunteers for rescue organizations and donates a percentage of book sales to such groups. Her own pets are adopted rescues. Learn more about Gayle and her writing at https://gaylemirwin.com/ 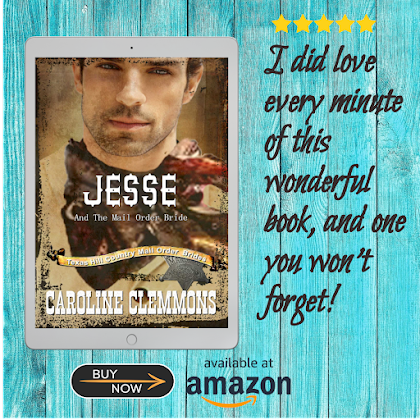