Secrets of a Summer Place by Sylvia McDaniel 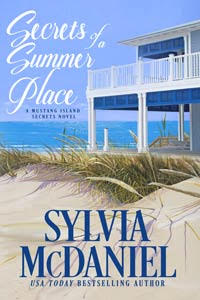 Jennifer Moss is having a really bad day…. But it’s about to get even worse…

Her teenage son’s grades have plummeted. Her husband is distant and cold, and now she’s received a letter from the child she gave up for adoption twenty-five years ago.

But a knock on the door from the police spins her world out of control.

Having lost everything, she packs up and returns to Mustang Island where the secrets from her past are slowly revealed.

And the boy she left behind so many years ago helps her to see that this new beginning could be the best thing that’s ever happened to her.

But will their secret child unravel their relationship before it has a chance to begin again?

Staring at the envelope in her hand, Jennifer Moss sat in her Volvo waiting to pick up her son from the Hollywood high school baseball practice. Before she left the house, she’d grabbed the mail.

Now, an eerie sense of foreboding spiraled through her and filled her with anxiety. But then every time she received a piece of mail in which she didn’t recognize the name on the envelope, her stomach churned.

Could this be from her? How many times had she gotten her hopes up for them only to be dashed? Would this be the same?

A soft breeze blew through the window on the cloudless day. For a moment, she stopped breathing as she stared at the address.

Who did she know in Austin? Who was Madison Wilson? Anytime she received an envelope like this, her heart would pound in her chest and she would wonder if she’d been discovered.

Part of her wanted to be found, but then she would think of her life now. No one knew. It had been her secret for twenty-six years.

The memory of the house on Mustang Island overwhelmed her. She’d never returned after that summer, and since her parents’ deaths, the house sat vacant. As much as she loved that place, she’d never go back because she would have to face the past.

A past that was heart wrenching and left her scared and hating her family.

Shouts from the field alerted her that the team would be leaving practice shortly. The coach always ended their practice with a pep rally. The kids were a good team and might make it to state this year. For her son’s sake, she hoped so.

With a sigh, she tore open the envelope and pulled out the letter.

My name is Madison Wilson. According to the genealogy report, your DNA and my DNA are linked. It says you’re my birth mother. I would like to speak to you and find out why you gave me up for adoption. I would also like to learn my medical background and even see if we have anything in common. If you are willing to speak to me, please contact me at…

A cry escaped her and the memories flooded her of that terrible day. Her name was Madison. Her heart leaped with a joy only a mother could feel.

Madison gave her address, her phone number, and even her email address.

It had taken twenty-five years, but her secret was about to be revealed. With a sigh, she stared out at the baseball field and let the memories of that day overwhelm her. How she had clung desperately to her child until her mother ripped the infant from her arms and gave her to the nurse.

She’d never seen the baby again after that day. Tears filled her eyes and trickled down her face. How many times had she thought of finding her and telling her how much she wanted to keep her? In the end, she thought it better not to disrupt her life and had done her best to move on. Now that child was grown up and wondering why she had not been wanted.

But the opposite was true.

Oh, God, how she’d wanted to keep her. To love her and raise her as her own.

That time in her life had been the worst, and she’d never forgiven her mother for forcing her to give up her child for all the right reasons. They were not what Jennifer wanted to hear.

Sometimes doing the right thing was not the easiest. And having that child taken from her arms was gut-wrenching. 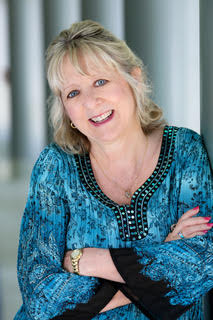 Sign up for Sylvia’s newsletter at www.Sylvia.McDaniel.com and receive a free book.