Scorching days are here. Are you longing for a way to cool off during this weather? I have the perfect solution. Grab MURDOCH’S BRIDE, your favorite beverage, and curl up with your e-reader to cool off from the heat. To make this easier, MURDOCH’S BRIDE is on sale for 99¢ from Saturday, July 31, through Friday, August 6. MURDOCH’S BRIDE is book 3 in my Loving a Rancher series. I loved writing this book. If you haven’t read it, this is your chance to do so at a bargain price. Of course, it’s free in KU. Here’s the link: https://amzn.com/B07G2JY77F

Stranded in the snow…
Nowhere to stay…
Another blizzard threatens…
Charity Kelso is accompanying her fussy Aunt Edwina from New York to Oregon when their train is wrecked and the passenger cars burn. Sweetwater Springs doesn’t have a hotel, so passengers are parceled out to townsfolk’s homes. No one wants anything to do with complaining Aunt Edwina. That also leaves Charity and their newly widowed friend Amelia nowhere to stay until the tracks are repaired. A new blizzard is headed their way, so what are they to do?
Logan Murdoch and his brother came to Sweetwater Springs to restock before the next storm arrives. Against Logan’s better judgment, the sheriff convinces him to take three “innocent, stranded women” to Murdoch Ranch. Other than their housekeeper-cook, a woman hasn’t set foot in the Murdoch home in the twenty years since Logan’s mother abandoned them. He doesn’t expect his father to welcome these unwanted visitors.
Both Charity and Logan are surprised at the events that unfold. How could this have happened?
Enjoy an excerpt:
**This is a sweet, wholesome book. However, it does contain one curse word, as you’ll see from the excerpt. If that bothers you, please skip over that word. It is appropriate for Logan’ shock given his nature and his background.**
The Murdoch men came inside as Charity came down the stairs from fetching a clean handkerchief for her aunt.
Logan said, “Ornery old cow.”
Charity gave Edwina her hanky and stomped toward him. “Mr. Murdoch, may I speak to you privately?”
Surprise showed on his face. “Uh, sure. Guess we can go into the office.”
He led the way to a room she hadn’t seen, obviously where the ranch records were kept. “Will this do, Miss Kelso?”
She closed the door behind them. “Logan Murdoch, you have your nerve calling my aunt names. For your information, she’s had a horrible life and no one, not her selfish parents, not her cheating husband, not even her only son has ever loved her. And, that includes my father, who’s her younger brother.”
He looked poleaxed. “I never said—”
“I heard what you said.” She stabbed at his chest with her forefinger. “You called her an ‘ornery old cow’. She may be difficult sometimes, but if you knew everything about her you’d understand and be patient and forgiving. You can make fun of me all you want, emphasizing that I’m Miss and not Mrs., but you treat her with the respect someone her age deserves.”
He moved her hand away from his chest and leaned into her face. “You might try practicing some of the charity you’re named for and at least give me a chance to defend myself. I was talking about our cow. In case you haven’t noticed, I have milk all over my legs and boots because she knocked against the pail.”
Heat rushed to Charity’s cheeks. She stepped back. “Oh.”
He stood with his hands on his hips. “That’s a good comeback, Miss Kelso.”
She sensed a blush’s heat spreading across her face and neck. “Once again, I must ask your pardon.”
“When you’re angry, sparks fly from those big blue eyes. Reckon I’m lucky I wasn’t set on fire.” He closed the short distance between them and brushed a hand gently along her cheek.
She knew he was going to kiss her but stood frozen in place.
He tilted her head up to meet his and pressed his lips on hers.
She thought he would withdraw then, but his arms were around her, pulling her closer. As if they had minds of their own, her arms encircled him.
When they broke apart, he stared at her with a horrified expression. “Damn.”
With the realization she’d cooperated in the kiss and even enjoyed it, horror shot through her. “My stars.” She took a deep breath and left the office.
Posted by Caroline Clemmons at 6:56 AM No comments:

Don't forget to enter the #Giveaway at the end of the post. 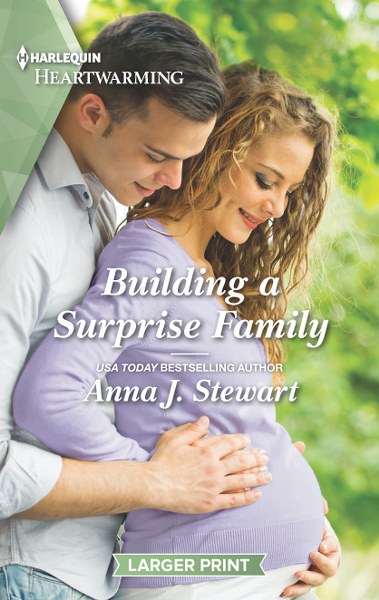 An instant family…Is life-changing!
Pregnant construction supervisor Jo Bertoletti doesn’t need anyone’s help…or another heartbreak. So she’s putting handsome, kindhearted firefighter Ozzy Lakeman firmly into the friend zone. After all, she’s just passing through Butterfly Harbor, and her life is too complicated for a summer romance. But Ozzy feels an immediate connection. Can he convince the woman of his dreams to take a chance on building a forever family with him?

USA Today and national bestselling author Anna J Stewart writes sweet to sexy romances for Harlequin and ARC Manor’s Caezik Romance. Her sweet Heartwarming books include the Butterfly Harbor series as well as the ongoing Blackwell saga. She also writes the Honor Bound series for Harlequin Romantic Suspense and contributes to the bestselling Coltons. A former Golden Heart, Daphne, and National Reader’s Choice finalist, Anna loves writing big community stories where family found is always the theme. Since her first published novella with Harlequin in 2014, Anna has released more than forty novels and novellas and hopes to branch out even more thanks to Caezik Romance. Anna lives in Northern California where (at the best times) she loves going to the movies, attending fan conventions, and heading to Disneyland, her favorite place on earth. When she’s not writing, she is usually binge-watching her newest TV addiction, re-watching her all-time favorite show, Supernatural, and wrangling two monstrous cats named Rosie and Sherlock.  You can read more about Anna at her website, www.AuthorAnnaStewart.com. 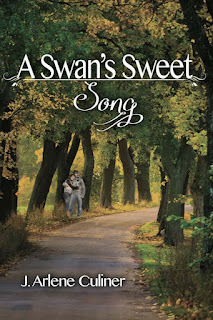 (Published by The Wild Rose Press)

Sherry Valentine is a country music singer, and she’s tired of being on the road, of screaming fans and temporary relationships that never work out. She thinks that changing careers, becoming an actress, will be more satisfying. When, during a culture festival in a backwoods town, she meets New York playwright Carston Hewlett, Sherry’s agent, Charlie Bacon, thinks this is the perfect opportunity for her. Of course, Sherry doesn’t agree: she soon learns about Carston’s anathema to being used for his influence.

As soon as Carston Hewlett catches sight of Sherry Valentine, he’s fascinated. Of course, she’s not someone he’ll take seriously. He’s a reclusive author living in an isolated farmhouse and he hates country music and the noisy world of screaming fans. However, a short affair might be interesting.

Short affairs are out of the question for Sherry, but that proves to be no problem. Soon enough, Sherry and Carston discover they share many interests: a love of the country, long walks, and a passion for research. But their very intense attraction does confuse the issue.

No thanks to the paparazzi and local gossips, Sherry and Carston separate on bad terms. He heads back to his home in the country; she heads for Hollywood, a minor role in a soap opera, and the unpleasant company of bottom-feeding producers and directors who see actresses as casting couch material.

Yes, the star-crossed lovers do meet again (or else this wouldn’t be a romance) but if you want to know more, you’ll just have to read — or listen to — A Swan’s Sweet Song.

The air sizzles when a country music star and renowned playwright meet, but can opposites fall in love?

Smart-talking Sherry Valentine has fought her way up from poverty to stardom as a country music singer. Ever surrounded by clamoring fans and paparazzi, her spangled cowboy boots carry her from one brightly lit stage to the next. But Sherry's been on the star circuit for too long, and she wants a change: is it too late for an acting career?

A renowned but reclusive playwright, Carston Hewlett cherishes his freedom, the silence of the deep woods surrounding his home, and his solitary country walks. So why is he fascinated by a flashy country music singer? Perhaps a short passionate, fling will resolve the problem. When their names are linked in the scandal press, and Sherry's plans to become an actress are revealed, Carston feels betrayed. Is their budding relationship doomed?

Perhaps she could avoid meeting Carston Hewlett again and circumvent disaster. Yes, she had enough on her agenda. A fling at a conference like this? That was positively banal.

“There he is,” said Charlie, ripping into her thoughts. “On the left. You see?”

Of course, she saw. How could she miss him? Mighty easy on the eye, he leaned against a plaster pillar, listening to the people surrounding him.

“Don’t make plans,” she warned Charlie. Yet she couldn’t avoid looking in Carston’s direction again. Didn’t he look delicious in that brown silk shirt and elegant tweed jacket; how those jeans hugged his long legs. He was just the way she’d always imagined a successful playwright should be: cool, intelligent, strong, and sexy.

As if aware she’d been watching him, Carston turned, caught her eye. She tried forcing herself to look away. Failed. For an eternity, their gaze held. Then detaching himself from the group, he headed in her direction.

She commanded herself to pretend indifference, but her heart thumped a sensual jungle beat. She swallowed, tried to summon up some zen-like calm… realized she didn’t have any available.

Why come over anyway? They had nothing in common. Here he was, tiny inches away, his jaw a definite line, his body that tight, sinewy stretch she’d thought about too often during the night. But it was the expression in his eyes, warm humorous, that confirmed her instinct: the immediate, deep reaction was mutual. Try as hard as they could to avoid it, something would happen. It was inevitable.

Also available as an Audiobook 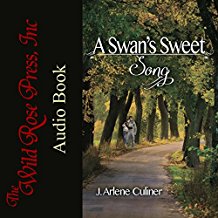 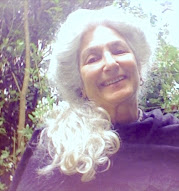 Writer, photographer, social critical artist, musician, and occasional actress, J. Arlene Culiner, was born in New York and raised in Toronto. She has crossed much of Europe on foot, has lived in a Hungarian mud house, a Bavarian castle, a Turkish cave-dwelling, on a Dutch canal, and in a haunted house on the English moors. She now resides in a 400-year-old former inn in a French village of no interest where, much to local dismay, she protects all creatures, particularly spiders and snakes. She enjoys incorporating into short stories, mysteries, narrative non-fiction, and romances, her experiences in out-of-the-way communities, and her conversations with very strange characters.