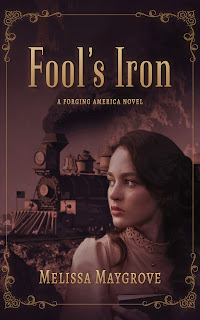 The way to a man’s heart is through his ego.

The way to a woman’s heart is through her child.

Debutante Magdalene Rose Meriwether’s fall from grace and banishment from Indianapolis society left her shocked and heartbroken—and hellbent on salvaging what was left of her life. Her problems can be solved if she finds a husband in time. But, most important of all, her unborn child won’t suffer the life of a bastard.

Railroad construction worker Edgar Grimes spent his formative years raising his brother and holding a crumbling family together. He lost his mother to abuse, lost the only woman who’d ever favored him to another man, and lost his simple-minded brother to a life of crime. The same booze that washed his father into ruin is Edgar’s means of coping with a life not much worth living—until he finds a well-dressed woman marching through the woods.

Edgar poses as Maggie’s husband while she searches for a real one. Will she play him for the fool his father always told him he was, or will Edgar be the champion Maggie needs?

Maggie lay in her bed and stared into the dark. She’d tucked William into his cradle after his midnight feeding and fallen into a tense, restless doze, but she couldn’t sleep.

Edgar had missed both supper and curfew. He might be distancing himself to ease their parting, but that explanation grew less plausible the higher the moon rose in the sky.

She rolled over and gasped.

He was sitting across the room from her, staring at a moonlit bottle on the table next to him.

The label read whiskey, and the bottle was full.

His attention snapped to her as she sat up. “When?” he asked, his voice quiet and his tone deadly calm. “When were you going to tell me?”

He pulled a letter from his pocket and tossed it onto the bed. “About Portland and Mr. Jones.”

Maggie’s mouth went dry. She lit her bedside lamp and read the contents. Tears welled in her eyes. This had to’ve hurt Edgar, and if she sent regrets to Jedediah, she’d hurt him, too. “I… I was trying to find the right time–”

“I’ve been here a whole month.”

Edgar cut his eyes sideways and stared at the bottle. “I want it. Bad. I crave the comfort of oblivion. And then, in the next moment, I don’t.”

He looked away and stared at some random spot on the floor. “I’ve been working steady for months, sober, on the verge of making a good life for myself. I haven’t forgotten what I was like before, when I couldn’t hold a job…when I’d wake up from bender so bad, I smelled worse than week-old garbage and barely knew my name. Drinking numbs the pain, but it doesn’t solve the problem.

“Regardless, I know I can have better—be better.” He lifted his eyes and met hers with a gaze so sharp it gave her shivers. “I don’t want to be that man anymore.”

Edgar stood and pulled the cork from the bottle. He stared at it for a moment then tipped it up and poured it out the window.

He turned around with the empty amber vessel dangling from his fingers. “All that’s left for me to decide is what to do about you. I think I know the answer, but I’m going to ask anyway. Do you want me? Do you have any feelings for me at all?”

Maggie swallowed. Whatever choice she made would affect her son as much as it did her. Mr. Jones was well off and stable. But Edgar…

“It’s alright. You can tell me the truth: that you don't want me, that I’m too lowborn to even consider. I’ve supported you, faithfully, for months. But if you'd rather have some other man, just say so, and I'll go.”

She couldn't tell him that.

He tossed the bottle onto his bedroll. “C’mon, Magdalene. Don’t bridle that sharp tongue now. Tell it to me straight, ‘cause I sure as hell don’t want your pity.”

She got out of bed and mirrored his challenging posture. “I don’t pity you. That’s a superficial emotion. No matter how sincere, pity only wades into the shallows. What I feel for you is pain. I ache for you. My heart is ripped open and bleeding for the way yours must’ve been beaten and bruised over and over again until it broke.

“No, Edgar. What I feel is far more than pity.”

The contempt drained from his face, and he took a measured breath.

Her attitude softened as well. “I care about you. I truly do. And I admire you for taking care of me. You owe me nothing, yet you’ve shown me more compassion than my very own father.”

“But you think I’m beneath you.”

Her gaze flicked away. “I thought that at first. But I dismissed you equally as much because I was wary of trusting men. I was determined to find a way out of my predicament on my own, without anyone’s help.” Her reply seemed to soothe his wounds and gouge them deeper all at once.

“I don’t see you that way anymore,” she went on. “You’ve shown me that a person’s character is what matters, and yours far exceeds any man’s I’ve ever known.”

He appeared to ponder her words. “Then why are you still writing to him?”

“The last time I wrote Mr. Jones was nearly two months ago. I had just read about the fire and thought you were dead. Mr. Jones and I are fond of one another, and he would be a good husband; but since William’s birth, I’ve reconsidered. I had already planned to refuse his offer.”

He narrowed his eyes. “You lie whenever it suits you. How do I know you’re not lying now?”

Shame flooded Maggie’s chest, but so did determination. Even if Edgar left and never came back, she didn’t want him living the rest of his life believing she set out to deceive him. “I’ve lied to protect my reputation and to withhold information I deemed unnecessary for you to know, but I’ve never lied about my feelings.”

She went to her wardrobe and dug a newspaper out of the bottom. “Look,” she said, flipping to the personals and holding it out for him to see. “I have plenty of options. These are ads I could have answered but didn’t—because I can’t see myself with anyone but you. I can’t imagine any other man in the role of William’s father except you. I love you, Edgar. I’ve fallen in love with you.”

His eyes churned with every emotion from anger to jealousy to doubt to longing.

Maggie laid the paper aside and walked toward him until the hem of her gown brushed up against his boots.

He stared at her as if he feared she would touch him.

She smoothed back the forelock that was hanging in front of his face and let her hand come to rest on his shoulder. He didn’t flinch, just stood there like a statue, watching every move with wary eyes.

Her attention moved lower, to his mouth. She grazed his cheek with the tip of her nose and filled her lungs with the scents of leather and honeysuckle. Heat seeped through his clothes like a gust from a furnace, but his shoulder felt like stone under her palm.

She cupped his jaw with both hands and planted a feather-light kiss on the corner of his mouth, then lingered there, willing him to kiss her back.

Maggie pressed her lips to his for one last kiss when what she wanted to do was cry. She’d hurt the most loyal man she knew, and it broke her heart.

She savored the feel of him, slowly withdrawing her hands, memorizing the texture of his skin with the tips of her fingers.

Edgar grabbed her wrists and held them firm. His emerald eyes locked with hers and glittered in the lamplight. “Say it again,” he rasped. 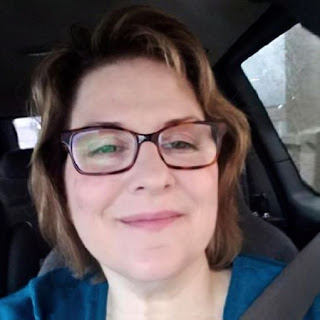 Native Texan Melissa Maygrove is a mother, nurse, freelance editor, and romance author. When she's not busy caring for her tiny NICU patients, she's hunched over her laptop, complicating the lives of her imaginary friends and playing matchmaker. Melissa loves books with unpretentious characters and unforgettable romance, and she strives to create those same kinds of stories for her readers.