The variety of book clubs is endless: Oprah, Goodreads, Amazon kindleboards, bookstores, community groups, churches, and I’m sure I’ve missed some. If you’re not in a book club, I strongly encourage you to join or form your own. Today I want to tell you about the group to which I belong.

We call ourselves Book Divas for the simple reason that we tired of the blah term “book club.” The founder was an independent bookstore owner, whose motive was for us to buy the books from her store. The result was that we are a diverse group, which works out well. The founder’s health has forced her to sell her store and move into assisted living, so she no longer participates. The club has continued without her.

Here’s the way ours works, in case you want to form your own. Start with six to twelve people who love to read. Whoever is hostess for the monthly meeting chooses the book and the meeting place. At first, we took turns meeting in our homes. This became too much work for the hostess when it gradually morphed from finger food snacks to meals. Now we usually meet in a local restaurant. We’re lucky enough to have a former caterer member who’s a wonderful cook, and she often invites us to her home the month she’s hostess. 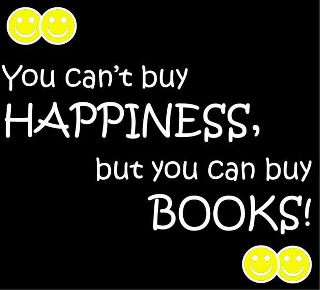 Beginning last year, we planned in January for all year. Last night was our planning meeting for 2013. Each of us who could announced her book choice for this year. Before the meeting, we had poured over the recommended selections at www.bookmovement.com and the best seller lists. Early selection gives us the opportunity to go ahead and order the books and have plenty of time to read them. Usually this is not important, but past books have included time-consuming tomes like Ken Follet’s PILLARS OF THE EARTH. Not a quick read, even though I loved the story. Another benefit to this plan is that those who don't want to buy the book have time to obtain it from the library.

Because we are a diverse group, we read a wide range of fiction and non-fiction. One woman always chooses the latest Mary Higgins Clark novel. Our former caterer member usually chooses a sad book set in a foreign country, but this year has chosen THE IMMORTAL LIFE OF HENRIETTA LACKS by Rebecca Skloot. Another member usually chooses a biography, but for this year has chosen a mystery, CARVED IN BONE, by Jefferson Bass. Other books for 2013 include FLIGHT BEHAVIOR by Barbara Kingsolver and A TWIST IN THE TALE by Jeffrey Archer. Occasionally, the group has chosen one of my books. You get the idea, so  I won’t go on and on. 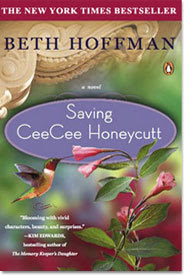 I write western historical and contemporary romance and an occasional mystery. Those genres are what I most often read for pleasure, with a romantic comedy or romantic suspense tossed into the mix. Because of the Book Divas, I have been forced to expand my interest. This is good for my brain and for conversation. I have also discovered new authors I love from books like SAVING CEE CEE HONEYCUTT (one of my favorites) and will purchase her latest book, LOOKING FOR ME. I won’t mention the few books I hated, but there have been a couple that finishing was akin to having a root canal. ☺

Another plus is that, except the one member from my church, these are wonderful women I would never have known otherwise. Each member is fascinating in her own right, and they are a fun, caring group. Our meetings are filled with laughter as well as literary opinions.

SETTING UP YOUR CLUB

Be clear what type books you plan for the group. Are you diversifying or will it be all one genre?
Don’t talk politics or religion! Yes, it’s important to have a faith and definite political opinions, but this is not the place to discuss them.
If you don’t like the book, make your comments about the book, not the person who chose it.
Be polite. These are friends and you want to keep their friendship.
Be on time.
Let the hostess know in advance whether or not you will attend.
Read the book for that month. You say, "I don’t like that kind of book." Read it anyway. expand your horizons.
Decide where you will meet. An acquaintance formed a group that meets at a large bookstore, and then they go to a nearby restaurant.

These are simple guidelines. Make up your own if you wish. I’ve benefited from the friendships I’ve formed in Book Divas and treasure the group.

Posted by Caroline Clemmons at 7:33 AM

I always wanted a book club and helped form one about 10 years ago. Suddenly, it is wearing thin with me. Oh, still like the idea and the women but I have SO, SO much to read that if I am reading a book club book and it isn't stellar, I find myself agitated. I can't spare the time and yet, I can't expect them to always read what I want! It is so hard to balance reading and writing...and then there is housework, bill paying, laundry, etc. I need a tree house for a private book club, don't you think?