What is the first curse word that comes to mind?  How often and why do you use it?

Damn. I use it too often, to be honest, whenever any little thing goes wrong. My son is starting to say it. We'll probably both need to go on the quarter system soon.

How would you spend ten thousand bucks?

What are 5 things within touching distance?

My mug of Crystal Light. My audiobook player (A big clunky thing with big buttons for the blind and physically handicapped. I'm legally blind and listen to most of the books I read for pleasure.) My to-do list. An mp3 player. Some random wires.

Do you have a crush on anyone?

I'm very happily married. (I don't think you can have a crush on your own husband. At least, it doesn't feel like the crushes I remember from my single days. It feels infinitely warmer and safer.)

What is your least favorite word?

I won't say or type it but it's four letters long and begins with a 'c.' 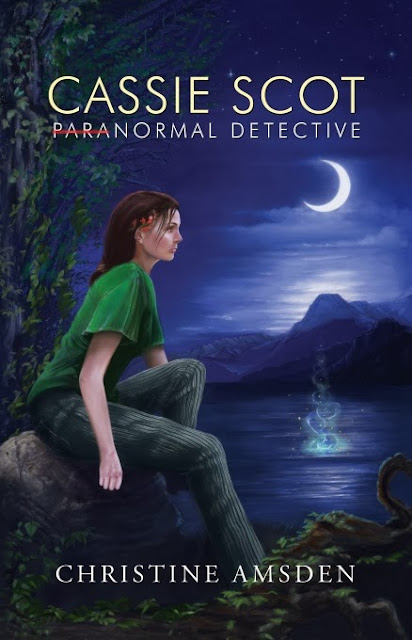 Cassie Scot is the ungifted daughter of powerful sorcerers, born between worlds but belonging to neither. At 21, all she wants is to find a place for herself, but earning a living as a private investigator in the shadow of her family’s reputation isn’t easy. When she is pulled into a paranormal investigation, and tempted by a powerful and handsome sorcerer, she will have to decide where she truly belongs.

When we went back downstairs, I noticed a door leading to a screened-in back porch and started to turn the handle when my hand froze on the doorknob. My whole body stiffened, and my mouth went dry, so it took me several tries to alert Evan to what I'd seen.

“I found her,” I finally managed, in barely a whisper.

Nancy Hastings, Evan's sixteen-year-old cousin, lay in a pool of her own blood, eyes vacant and staring. Her hair had been a rich, luminous brown but was now matted with blood. It looked as if her throat had been torn out.

“No!” The cry tore from his throat and before I had a chance to stop him, Evan was inside the room and leaning over the body, looking for any sign of life, and probably destroying any trace evidence the police might have collected. But I couldn't blame him. I would have reacted precisely the same way, if it had been my family. As it was, I had to wipe away tears before I could get to my phone and call the sheriff. The need for secrecy had passed.

“Sheriff's department, this is Jane Conway.”

“Jane, it's Cassie. You need to get out to Belinda Hewitt's house right away. There's been a murder.” I hung up before she could ask for more details.

Slowly, Evan rose to his feet and made his way back into the house with me. He had smeared the blood and left footprints on the floor, but somehow none of it had ended up on him. Or if it had, then he had some way of removing it.

“The police are on their way,” I said, not sure if he would be upset with me for calling. Probably not. He looked too shocked to care.

“Yeah.” He leaned against a wall and closed his eyes.

“You should call your uncle.”

“Can I borrow your phone?” Evan asked. “Master Wolf doesn't believe in phones.” 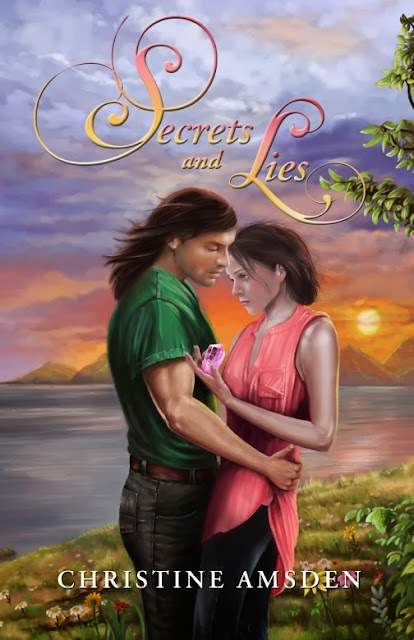 Cassie Scot, still stinging from her parents’ betrayal, wants out of the magical world. But it isn’t letting her go. Her family is falling apart and despite everything, it looks like she may be the only one who can save them.

To complicate matters, Cassie owes Evan her life, making it difficult for her to deny him anything he really wants. And he wants her. Sparks fly when they team up to find two girls missing from summer camp, but long-buried secrets may ruin their hopes for happiness.

Excerpt From SECRETS AND LIES:

The door opened with a jingle, and something in the air told me my day had just gone from bad to worse.

“Edward,” Victor said, as if greeting an old friend.

I faced my former father for the first time since he had announced his intention to disown me. He looked just as he always had, with straight dark hair, brown eyes, a long, angular face, and a wide, curving mouth – curving downward into a frown, that is.

If Victor was the last person I had expected to see in the diner that morning, then my former father was the last person I wanted to see. Even now, with Victor explaining my part in his unusual scheme for revenge, I didn't want my former father nearby. I didn't want his help. I only hoped Nicolas and Juliana hadn't broken their promise and told him about the life debt, or I would never hear the end of it.

The air crackled with visible tension. Sparks of shimmering red fire danced around my father's head. Behind the counter, Mrs. Meyers twisted her hands together anxiously, as if afraid her diner might burn down. Her fears were not unjustified.

I stepped boldly between them, facing my father. “What are you doing here?”

“I have nothing to say to you. You disowned me, remember?”

The color seemed to drain from his face as he stared past me, at his oldest enemy.

Victor raised his water glass in a mock toast. “I've known for some time. If it makes you feel any worse, so does everyone else in town who hasn't been asleep for a week. Or at least, they guess.”

“I don't care what you think you know. Stay away from my daughter.” With that, he grabbed my arm with a hand hot enough to leave a reddened imprint on my skin, and dragged me through the kitchen to the employee room at the back. Only then did he release my injured forearm.

Award-winning author Christine Amsden has written stories since she was eight, always with a touch of the strange or unusual. She became a “serious” writer in 2003, after attending a boot camp with Orson Scott Card. She finished TOUCH OF FATE shortly afterward, then penned THE IMMORTALITY VIRUS, which won two awards. Expect many more titles by this up-and-coming author.
Website: http://christineamsden.com/wordpress/

Thanks for hosting! Readers, Win a $50 Amazon/BN GC! - A Rafflecopter giveaway

Thank you so much for sharing with your readers!

Nice interview. I love the sound of the books.

Sounds like a great series!
Thanks for the chance to win!
natasha_donohoo_8 at hotmail dot com

Best of luck with the series!