THE MATCHMAKER AND THE MARINE

Please welcome my friend Lucinda Race to share her exciting new release, THE MATCHMAKER AND THE MARINE. 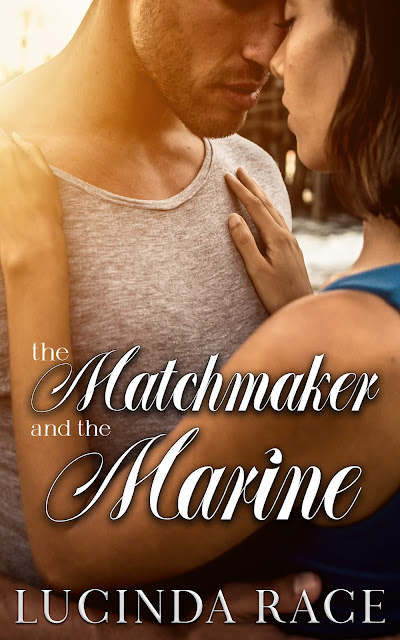 She vowed never to date again. He swore he'd hide his handicap forever. Can undeniable chemistry overcome both their fears? Widowed matchmaker Melinda Phillips wants everyone to experience the kind of love she lost. Though she's committed to a lonely life, her skill at pairing perfect couples has her business thriving and her work in demand. But when she trips at a client's wedding into the arms of a handsome Marine, she can't help but feel that the falling has only just begun.

Adam Bell's amputated leg is a crippling reminder of his war-torn past. So after his girlfriend rejected his new body and kicked him to the curb, he pledged to protect his heart as fiercely as he defended his country. But after a chivalrous rescue during a friend's nuptials, he wonders if he's given up on love too soon.

Hired to find Adam the woman of his dreams, Melinda is surprised to discover the ideal candidate is herself. But as their relationship blossoms, the tortured former serviceman believes his hidden disfigurement will cost him everything again.

Can two broken souls let go of their traumatic pasts to give happiness a second chance?

Get it now: Universal Link https://books2read.com/ap/xyYO2g/Lucinda-Race

Melinda flipped her planner shut after drawing a heart next to the two names on the page on the notepaper. Another success. The strains of the “Wedding March” played by a string quartet filled the small flower-filled chapel. Guests rose from their seats to watch the petite bride glide down the aisle toward her handsome groom.

Across the aisle in a pew, a tall, well-built man with blonde hair cropped military style and molten brown eyes locked on hers. He gave Melinda a half nod before his gaze followed the bride. The pastor’s deep voice filled the room as he asked everyone to take their seats. He then turned to the couple to perform the ceremony.

After the newly married couple kissed, Melinda followed other guests in the receiving line to the bride and groom. She beamed. “Stacey and Will, it was a beautiful ceremony.”

Stacey was radiant. Will’s arm was curled around his new wife, holding her close to his side.

“Melinda, this day wouldn’t have been possible without you.” Stacey lovingly gazed at Will. “Thank you for introducing us.”

Melinda kissed her cheek. “It was my pleasure.”

Will lifted Stacey’s hand to his lips, grazing her ring finger. “I will tell all my single friends if they’re looking for love to give you a call.” His eyes twinkled. “You certainly have a knack for matchmaking.”

“You two made my job easy.” She looked over her shoulder. “You have more guests to greet, but I’ll see you during the reception.”

She strolled down the brick walkway to her car, content to see the love between Stacey and Will. Just as it was meant to be.

After making the short drive to the country club, Melinda parked in the crowded lot. As she crossed the parking area to the reception hall she daydreamed of how nice it would be to take off her pumps and walk barefoot. She reached for the brass knob on the carved wood door. Before she could turn the knob, it burst open. She took a step back. Her heel caught a crack in the stone step. She began to fall backward when strong hands caught her and held on tight.

Melinda looked up into warm brown eyes. It was the man from the chapel.

“Um, thank you.” She smoothed her hand over her simple navy-blue dress and then pushed a curl behind her ear. “I’m not sure what happened.”

She gave him a small smile. “It’s a good thing you were there to catch me.”

With a slight stiff bow, he said, “Adam Bell, at your service, ma’am.”

His face held little emotion, almost formal, she thought. People strolled past them into the building, but Melinda couldn’t help but notice he carried himself with a distinct military bearing. Unsure if he was being old-fashioned or teasing her, she said, “We should go inside.”

He crooked his arm and said, “I’d be happy to escort you safely through the door.”

With a small laugh Melinda placed her hand on his arm. In a soft southern drawl, she said, “Thank you, kind sir.”

“So, tell me, are you a friend of Stacey or Will?” he asked.

“I guess you could say both.” She looked at him. “I’m Melinda Phillips.”

“I am.” As they stepped through the doorway, she withdrew her hand. They made their way to the table with the seating chart. Melinda found her card and saw she was at table six. Adam picked up his card.

“I’m at table eight.” He glanced at her card. “It’s too bad we’re not seated at the same one. I don’t know a lot of people. I haven’t lived here long.”

She looked around the room. “I’ve lived here for a few years and everyone is really nice.”

“Thank you, and then I can introduce you to the gang.” Melinda strolled toward the bar. Adam looked around and trailed after her. She understood his reticence. It was hard to get acquainted with a new group of people, especially when they seemed to be really tight knit. She still remembered what it had felt like when she moved to Chester. She fell in love with the small shore town and she had found the people in Connecticut weren’t that much different from Pennsylvania where she lived previously. Heck, they were a lot like her friends back in Beaufort, South Carolina where she had spent most of her summers as a kid. 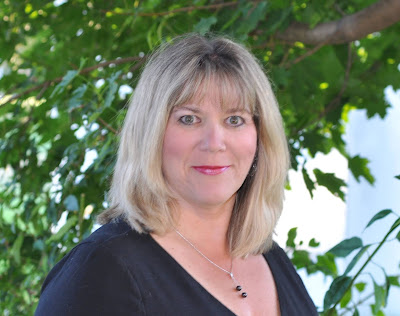 Award-winning author Lucinda Race is a lifelong fan of romantic fiction. As a young girl, she spent hours reading romance novels and getting lost in the hope they represent. While her friends dreamed of becoming doctors and engineers, her dreams were to become a writer—a romance novelist.

As life twisted and turned, she found herself writing nonfiction but longed to turn to her true passion. After developing the storyline for The Loudon Series, it was time to start living her dream. Her fingers practically fly over the computer keys s she weaves stories about strong women and the men who love them.

Lucinda lives with her husband and their two little dogs, a miniature long hair dachshund and a shitzu mix rescue, in the rolling hills of western Massachusetts. When  she's not at her day job, she's immersed in her fictional worlds. And if she's not writing romance novels, she's reading everything she can get her hands on. It's too bad her husband doesn't cook, but a very good thing he loves takeout.

Posted by Caroline Clemmons at 8:34 AM

This was such a good story! A 5 star read from me!!

This sounds like another great read from Lucinda Race.

I love the premise and look forward to reading the book. 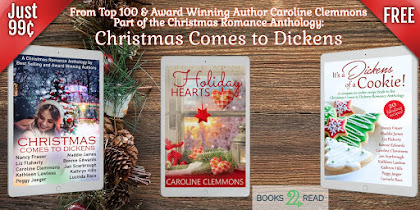