LULA MAE HAS A SECRET!

In the past, I’ve worked with Charlene Raddon and Pam Crooks on several multi-author projects (MAPs). Each experience has been pleasant and rewarding. They definitely know how to  organize and execute a MAP series. That’s why, when I had the opportunity to sign up for a slot on the Love Train Series, I quickly accepted. Now I’m pleased to announce that Charlene Raddon’s book, LULA MAE, Book 4 of the Love Train Series, became available on May 15th.

Charlene is one of my favorite people. I enjoy reading her books as well as working with her. Each of her books has a unique plot. In addition to being an author, she is the creator at Silver Sage Cover Designs. She designed each of the covers for the Love Train Series books. In the books, either the heroine or hero or both have a secret. 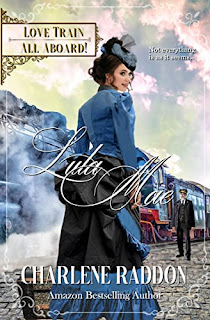 Here’s the description for LULA MAE:

Lula Mae Rivers must get to Cheyenne, Wyoming to get her niece, but a robbery left her broke. Dressed as a boy who calls herself Lou, she stows away in the baggage car of a train headed that way.

Unluckily, she's discovered. U.S. Marshal Gannon Calloway lets Lou stay aboard. He's expecting a robbery and, and an expert with a whip, Lou can help. Then Gannon learns that a killer he put in prison has escaped and is headed to Cheyenne seeking to kill a female witness he blames for his conviction.

What will Gannon do when he finds out the boy Lou is a beautiful woman, and the witness the convict wants dead? Can they work together to catch him?

And maybe learn along the way that love can come despite one's best intentions?

The buy link is https://www.amazon.com/Lula-Mae-Historical-Western-Romance-ebook/dp/B09X6CC8FH  LULA MAE is enrolled in Kindle Unlimited.

Each book in the series is stand alone. There are two continuing secondary characters:

Henry Manning is the conductor on the Union Pacific 1216. Henry is a cheerful, kind widower who loves to play matchmaker with the passengers he meets. He’s around 60, with white hair and a beard. You’ll see Henry’s picture on each of the Love Train covers. 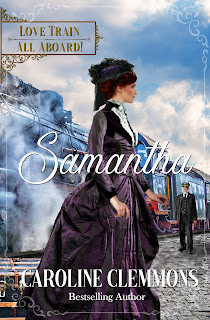 Don’t forget that on June 1st, my Love Train Series Book 5, SAMANTHA, will be released. You can preorder it at https://www.amazon.com/SAMANTHA-SWEET-HISTORICAL-WESTERN-ROMANCE-ebook/dp/B09XWHJ9GW/

Have you missed any of the series? Pam Crooks introduced the series with an outstanding book, CHRISTIANA. Check out that book and others on the Love Train Series Page