So, I am Kim Turner and I write Western Historical and now Contemporary romance. My first story, SAWYER’S ROSE came out in March of 2016 and was a Golden Heart and Maggie Finalist. The series is called The McCades of Cheyenne and book two is WYATT’S BOUNTY, which was released in April of this year. Now both of these stories are available on AUDIBLE which has been exciting. I have been working on DAWSON’S HAVEN, the third book in the series and I am hoping everyone loves this McCade brother just as much. Dawson is an Indian Agent who finds himself accused of a crime he didn’t commit and falling for the only woman who can save him.

I like to say I write family saga, Love, & Suspense as the McCade brothers fight to settle an untamed West and also at times an untamed woman!

Just so you guys know, I am working on a contemporary story. Here is the gist: Horse stuntman falls for the nurse consultant on the set of a television series. This one has a lot of suspense with her running from her past and him running to her!! Sexier than my usual, but I already love these characters. This will be a 3 brother series and the Decker brothers are hot! I promise you won’t be disappointed! I also just found out that I have a contract on this story from The Wild Rose Press, so very excited about that.

As if he doesn't have enough to handle between running outlaws out of Cheyenne, keeping his brother's out of trouble and avenging his father's death, sheriff Sawyer McCade's meddling mother just dumped a mysterious mail-order-bride on his doorstep. One woman can be more trouble than a band of renegades and while this one has him all stirred up, he'd rather get to the bottom of the story she isn't telling. Rose Parker had it all. Until she discovers a web of danger and deceit that sends her running to Cheyenne, posing as a mail-order-bride. Escaping the evils of New York seems sensible until she meets the unsuspecting sheriff who didn't ask for her, has no intention of marrying her and won't rest until he uncovers her secret and sends her back home.

Will a sheriff set on avenging his father rescue the mail order bride with secrets of her own? 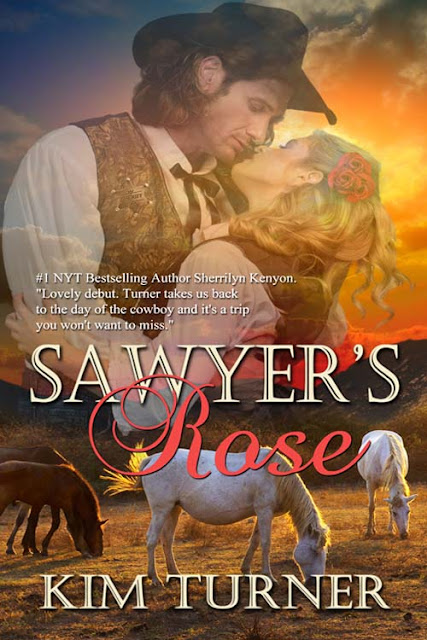 “I’m a lawman, remember, and I read people very well. I know when I’m only hearing part of a story.”
Her blue eyes narrowed, and that too-enticing flush lit her cheeks to a bright pink. She darted past him to look out across the ranch and then spoke. “I came here  looking for a new life. Accepting a husband is a means to survival for any woman in the West. But getting here and finding out you didn’t send for me—” She swung around. “Well that’s certainly a relief. I thought I was going to step off the train in Cheyenne, be whisked to the judge and right into your bed. Frankly, that idea was rather frightening.”
Was she trying to be funny? It wasn’t that the  thought hadn’t crossed his mind. Bedding her would be more than interesting, but he didn’t need a wife. Not right now. “Then why are you here?”
“I wanted to see the West and find adventure like I told you. So why not start here? Did you read the papers I sent?” She shook her head realizing he hadn’t.
“I suppose your mother got those.”
He supposed so, too.
“I filled in my application.” She took a deep breath, “And I realized I had led an incredibly normal life. An only child, raised by my father, schooled in the proper etiquette, sent to university, and spoiled to the point I hadn’t lived for myself. I am here to create a new life—my life. If you do not wish to marry, I will find my own way, which is probably best anyway.” She stared out across the horizon, blinking back tears.
“You can’t stay here alone, not in Cheyenne. I’ll get your fare paid and send you home.”
She snapped around and glared at him. “I will not be returning home, regardless of a marriage. You have no idea what I am capable of, and I think that makes me somewhat of a—thorn in your side?”
Sawyer wasn’t sure which was more annoying, her presence and will to stay or the thoughts she made him think. She wasn’t a thorn, but damned if he’d be able to sleep with her in the same house for any length of time.
When he only nodded, a knowing smile spread across her face. “Good.”
As furious as he was, he couldn’t take his eyes off the sway of her hips as she spun around and went inside. She couldn’t possibly think she would be staying in Cheyenne as an unescorted woman. Well, he had no intention of marrying her either, and one way or the other he’d see her on a train back to New York if it was the last thing he did.

Bounty hunter Wyatt McCade is recklessly taking down one outlaw at a time. Hard work is one way to forget Tess Sullivan’s womanly curves. But when he learns that she never left Cheyenne, he rides home and right into a trap. Left for dead, he recovers in the capable hands of the lady doctor and even if she can’t forgive herself, loving her is the easy part. But when McCade lands are threatened and he uncovers the truth, it is Tess who is caught in the balance. Finding himself on the bounty hunt of his life, he’ll risk it all to rescue the woman he loves.
Doctor Tess Sullivan shattered her own heart by turning down Wyatt McCade’s proposal. Worse than the hurt in his eyes was watching him ride out of Cheyenne, knowing she’d made the biggest mistake of her life. Pining for his return, she blames herself when he is brought to Cheyenne beaten and near death. Forgiveness comes quickly in the arms of the bounty hunter she has always loved, but she soon finds herself the pawn in a deadly game of revenge, praying Wyatt will find her before it’s too late.

Will a bounty hunter set on revenge risk it all to rescue the woman who walked away? 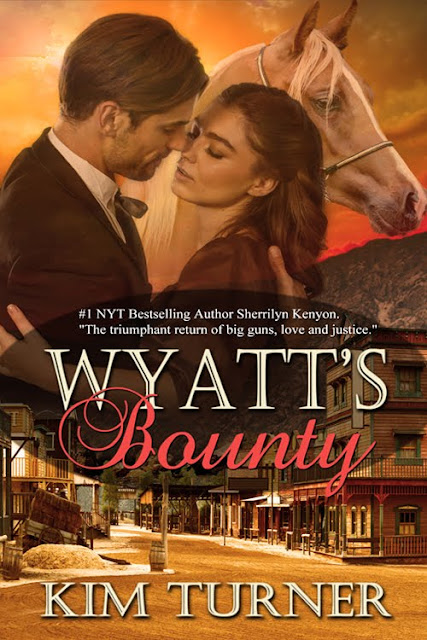 "Wyatt?"
"Huh?"
"I loved you...long before Israel died." The confession rocked her thoughts. She had loved Israel, but she had longed for Wyatt years before Israel had died. It had been wrong and there were times it made her feel like she hadn’t done right by her deceased husband. She weaved her fingers into Wyatt’s, touching with tenderness where the fracture had been. “I did, right or wrong. I mean...I loved Israel, we had so much in common with his study of science and plants and my study of medicine, but I was guilty of dreaming for you long before...he died."
His smile was tender as he lifted her chin. “I’ve known that for a long time, Doc. And I can’t count how many nights I lay awake, wishing I were holding you.”
She held tighter to him. “And when you left Cheyenne, it was all my fault. I knew I had made a mistake. I wasn’t even myself without you. It was as if I kept falling and falling, never hitting the ground to land anywhere.”
With that he wrapped his arms around her and kissed her. “I’ll always be here to catch you, Doc, always.”

Kim Turner writes western historical romance, and discovered her passion of writing at the age of eight by writing poems, short stories and journals. Kim graduated from Clayton State University with a Bachelor's of Science in Nursing and holds a Master's Degree in Adult Education from Central Michigan University. Working as a registered nurse educator/quality analyst for over twenty-eight years, she enjoys studying the medical treatments of the old west as well as keeping up with the latest western movies and television series. While she loves reading anything from highlanders to pirates, she claims to have an unquenchable thirst for the American Cowboy when choosing her reads. Kim lives south of Atlanta with her husband and calls her greatest accomplishment the birth of one daughter and the adoption of another from China-neither of which came easy. Kim is a member of Romance Writers of America and Georgia Romance Writers.

Kim's Motto: It's All About A Cowboy and the Woman He Loves.