I'll be giving away an e-copy of one of these books to a person who comments.

My father always encouraged me to read and to write. In fact, he taught me to read. He placed a high value on education. He was almost old enough to have been my great-grandfather. His father was middle-aged when he was born, so our generations on that side of the family are skewed.

Daddy was a gifted storyteller whose tales about growing up with six brothers and one sister (poor girl) mesmerized me. The stories Daddy told me ignited my passion for history, especially Texas history. He spoke of his family coming to Texas from Georgia and events that plagued or amused them. I tried to write all these stories down and insert them into a Johnson family book my brother and I compiled.

The Pearson Grove Series is my attempt to pay my father homage for encouraging me to write and read and study. I hope readers will enjoy the seven titles over the next few months as they are interspersed between other releases. Of course, they are in e-book and print and are enrolled in KU.

The books to date are: 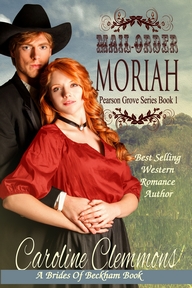 A woman desperate to begin a new life
A mercantile owner besieged by problems
The disaster that brings them together . . .

Moriah Singleton faced hardship to get from England to America but met more problems once she arrived. The only solution she could find was to become a mail-order bride in far away Texas. How will she ever save enough to bring her sister to America?

Danger, family entanglements, and disaster await the couple. Can Moriah fit into Pearson Grove? Can she help her sister? Will their problems bring Moriah and Scott closer or drive them apart? 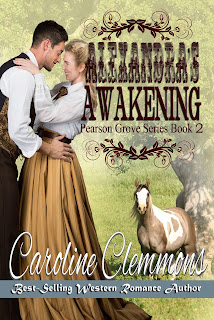 A wealthy woman forced to change; a heroic sheriff standing his ground; the danger that unites them…

Alexandra Novak has been raised in wealth and is used to having whatever she wishes. Her parents have spoiled her and she’d begun to believe it her right. A fire that destroys her family home and almost costs her mother’s life starts Alexandra to rethink her values. When her father’s revelation shatters her world, she is determined to do whatever necessary to make her father happy—even if it means being nice to that girl he’s brought into their home.

In spite of his young age, Virgil Witt is the best sheriff Pearson Grove has had. Under his leadership, crime is at an all-time low. He has reconciled himself to the fact that he is destined to live alone except for his dog. Maybe that’s best since his job is a dangerous one. He can’t understand why Alexandra chases him, especially not after he’s explained he has no money.

When danger strikes the Novak family, can Virgil solve the problem in time? Can Alexandra convince Virgil she has changed? Can the two of them work together or will her need for the best resurface? 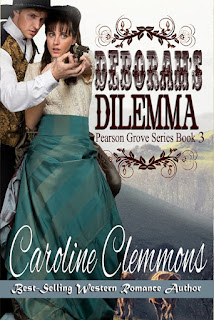 What can Deborah do to protect herself from the devil plaguing her hometown?
Can a young man who’s been away for six years fit into the community he left?
What madman is responsible for the murder and mayhem plaguing Pearson Grove?

Deborah Taber has been concerned by her inability to choose a life’s occupation. That worry was pushed aside when someone shot her brother and fire bombed her family’s newspaper, The Pearson Grove Gazette. She believes Trey Pearson is innocent of attacking her brother—isn’t he? She’s had a crush on Trey since second grade and desperately wants to trust him.

Wade Pearson III, called Trey, is happy to be home on Pearson Ranch after six years in New England. He trained to manage his family’s far-reaching investments. Nothing prepared him to be accused of murder or targeted by a killer. If not for quick action by the sheriff, Trey would have been lynched by vigilantes. He wants to help trap the real villain while protecting Deborah, her family, and his.

Can Deborah and Trey survive the threats against them? Will this clever murderer be caught before he delivers his terrible revenge against those he believes slighted him?

The young women still to be featured are Felicity, Corinne, Lula, and Evelyn.

I hope you'll read the entire series and that you'll enjoy each one. In the meantime, if you've already read one or all three of these, please leave a review on Amazon! You'll be helping me tremendously and helping prospective readers.

That is cool about your father. I love how he encouraged you to read and write. This was my mom, with five children. Hope you have a fabulous Monday. Hugs

Lori, you win a copy of one of my e-books. Send me an email or PM letting me know which book you wish and your email address. Thanks for your comment.