HAPPY BOOK RELEASE TO ME! 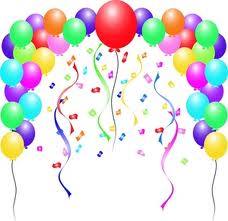 Deborah Taber is twenty-two and believes she faces a dilemma. What does she want to do with her life? Most women her age are married, many with children. If she aspired to a specific profession, she wouldn’t be in a quandary, but she doesn’t.

Her attention is diverted when an unknown assailant attacks her family members. Here’s the synopsis:

What can Deborah do to protect herself from the devil plaguing her hometown?
Can a young man who’s been away for six years fit into the community he left?
What madman is responsible for the murder and mayhem plaguing Pearson Grove?

Deborah Taber has been concerned by her inability to choose her life’s occupation. That worry was pushed aside when someone shot her brother and fire bombed her family’s newspaper, The Pearson Grove Gazette. She believes Trey Pearson is innocent of attacking her brother—isn’t he? She’s had a crush on Trey since second grade and desperately wants to trust him.

Wade Pearson III, called Trey, is happy to be home on Pearson Ranch after six years in New England. He trained to manage his family’s far-reaching investments. Nothing prepared him to be accused of murder or targeted by a killer. If not for quick action by the sheriff, Trey would have been lynched by vigilantes. He wants to help trap the real villain while protecting Deborah, her family, and his.

Can Deborah and Trey survive the threats against them? Will this clever murderer be caught before he delivers his terrible revenge against those he believes slighted him? 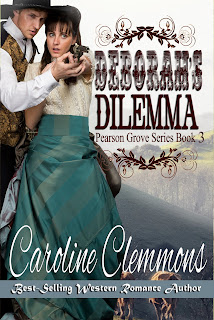 Read an excerpt from the church box lunch social:
She led him to the spot she had in mind. A large oak tree provided shade. Nearby, a bed of roses sent their fragrance on the breeze. Overhead the brilliant blue sky was dotted by a few fluffy cotton wool clouds. Birds sang and squirrels chattered their complaints at being disturbed.
On the bench nearby, Virginia and Ambrose Green shared their box lunch. The couple was far enough away that their conversation was a murmur with no words distinguishable. She was glad because that meant what she and Trey said would be private.
Trey set the basket on the ground long enough to spread the blanket where she’d indicated and then moved the basket to a corner. He extended his hand. “May I help you settle?”
When she’d arranged her skirt to insure her ankles were covered, she removed the small tablecloth and spread it before she set out their food. She was so glad she’d taken extra care with the meal. The chicken had browned nicely, thank goodness. Before packing it, she’d pulled apart one thigh piece to be certain the meat was done all the way to the bone.
Potato salad and deviled eggs were greeted by Trey’s “Mmm.”
The rest of the food included pickles, cheese, corn relish, butter, biscuits, and peach cobbler. To drink, she’d packed apple cider.
Trey accepted the tin plate, napkin, and silverware she handed him. “From the looks of this spread, I should have at least doubled my bid.”
“What a nice thing to say.” While he filled his plate, she said, “Tell me about your years away and how it feels to be back.”
His blue eyes sparkled. “Didn’t you read Jeff’s article?”
“I certainly did. It was short, however, and hardly consisted of six years’ worth of information.”
“There isn’t that much to tell. I missed Texas, but I had to learn about investing and finance and our business interests. Although he’s supposedly retired and handed over the reins to my grandfather, I spent a couple of years in Boston with my great-grandfather after I finished Harvard.”
“You’re fortunate to still have him.”
“He’s eighty-seven but remains sharp. You’re right about me being fortunate. I learned a lot more about business in those two years with WW, which is what we call him, than I did in four at university.”
He gave a slight shrug of one shoulder. “I don’t like to talk about money, but I have a responsibility to follow in my father and grandfather’s footsteps.”
He reached for a biscuit. “I don’t suppose it’s a secret that our ranch is not our main source of income. The ranch is our home and holds our hearts, but we can’t depend on it for the entire family’s support.”
She sipped her cider. “Besides you and your parents, grandparents, and this great-grandfather WW, are there others?”
“There are, but they live in Boston and Cambridge. I suppose you know Papa’s an only child. Grandpa has a brother named Wyatt, Sr. and his wife Eleanor, a nephew named Wyatt, Jr. and his wife Millicent and their son William, and a niece named Alice and her husband Sam Holt. Grandpa is the eldest, so we control finances somewhat but we have to answer to a board of trustees.”
“Goodness, that sounds complicated.”
He tilted his head. “Can be but we try to keep it simple and grudge-free.” He closed his eyes. “Ahh, this chicken is prepared perfectly.”
“Thank you. I cooked it this morning, of course, and also made the potato salad, deviled eggs, biscuits, and cobbler then. I’m always afraid to prepare picnic foods the day before in case the meal spoils. The pickles and relish are from Mama’s and my canning last summer.”
Eyes sparkling with mischief, he looked at her over another piece of chicken. “You’re a great cook. I apologize for thinking your mother prepared all this.”
She pretended to be upset. “Trey Pearson, I should be insulted but I’m not. Well, maybe I am a little. Mama is a good cook, but she helps Papa so much that I’ve pretty well taken over meal preparation.”
He glanced around. “I think we’re on someone’s family plot.”
“We are. In fact, you’re sitting on Grandma Taber. I don’t think she’d mind, since I believe she’s looking down from heaven.”
“Sorry, Grandma Taber.” He gazed upward before returning his gaze to meet hers. 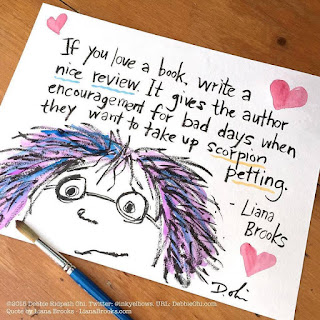 ohh what a lovely cover. this excerpt sounds fascinating. congratulations

Loved reading the blog and the excerpt sound amazing and it makes me want to read this book, the cover is very nice! Thank you for sharing this. God Bless you.