This post is part of a virtual book tour organized by Goddess Fish Promotions. Kat Martin will be awarding a $25 Amazon or B/N GC to a randomly drawn winner via rafflecopter during the tour. Click on the tour banner to see the other stops on the tour. 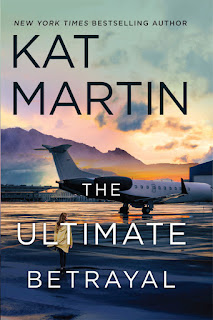 To prove her father’s innocent of treason, she’ll have to face a killer--and risk everything ...

When journalist Jessie Kegan’s father is accused of espionage and treason, Jessie has no doubt the man she looked up to her entire life is innocent. Worse yet, before Colonel Kegan can stand trial, he’s found dead of a heart attack…but Jessie knows it was murder. Forcing down her grief, she’s determined to use her investigative skills and resources to clear her father’s name. But going after the truth means Jessie soon finds herself in the crosshairs of a killer who wants that truth to stay buried with her father.

Protecting Jessie Kegan is a job bodyguard Brandon Garrett can’t refuse. Jessie isn’t just a client at Maximum Security—she’s the sister of his best friend, Danny, killed in Afghanistan. With dangerous forces gunning for Jessie from every angle, keeping her safe will mean keeping her close and Bran finds their mutual attraction growing, though being Danny’s sister puts Jessie out of bounds.

With their backs against the wall, Jessie and Bran will have to risk everything to expose her father’s killer—before his legacy dies with his daughter.

Lounging back in the chair behind his desk at Maximum Security, Brandon Garrett looked up at the sound of the front door swinging open. A gust of cool, late October winds swept in, along with a petite, whirlwind of a woman with the prettiest strawberry blond hair Bran had ever seen.

It wasn’t tough to read the anxiety in her big green eyes as she surveyed the room, but instead of heading for the receptionist’s desk, those big green eyes landed on Bran and as she started toward him, there was something about her that rang a distant bell. Interest piqued, he rose from his chair. “Can I help you?”

“You’re Brandon Garrett, right? You were a friend of my brother’s. Danny Kegan? I recognize you from the photos Danny sent home.”

The mention of his best friend’s name hit him like a blow, and the muscles across his stomach clenched. Daniel Kegan had been a member of his spec ops team, a brother, not just a friend. Danny had saved Bran’s life at the cost of his own. He was KIA in Afghanistan.

Bran stared down at the girl, who was maybe five-foot-four. “You’re Jessie,” he said, remembering the younger sister Daniel Kegan had talked so much about. “You look like him. Same color hair and eyes.”

She nervously wet her lips, which were plump and pink and fit her delicate features perfectly.

“My brother said if I ever needed help, I should come to you. He said you’d help me no matter what.” She glanced back toward the door and his mind shifted away from the physical jolt he felt as he looked at her to the worry in her eyes.

“I’ll help you. Danny was my closest friend. Whatever you need, I’ll help. Come on. Let’s go into the conference room and you can tell me what’s going on.” When her gaze shot back to the door, his senses went on alert.

“I didn’t mean I needed your help later,” Jessie said nervously. “I meant I need your help right now.”

Gunshots exploded through the windows. “Get down!” Bran shouted to the other guys in the office as he shoved Jessie down behind his desk and covered her with his body. Glass shattered and a stream of bullets sprayed across the room. 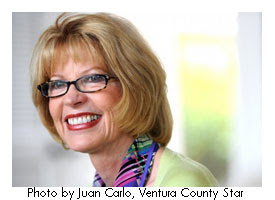 New York Times bestselling author Kat Martin is a graduate of the University of California at Santa Barbara where she majored in Anthropology and also studied History. Currently residing in Missoula, Montana with her Western-author husband, L. J. Martin, Kat has written sixty-five Historical and Contemporary Romantic Suspense novels. More than sixteen million copies of her books are in print and she has been published in twenty foreign countries. Kat is currently at work on her next Romantic Suspense.

I appreciate hearing about your book, thanks and for the giveaway also. Thanks so much!

Kat Martin is one of my favorite authors. The Raines of Wind Canyon Book Series is great!

Great excerpt, thanks for sharing!

Audrey, glad you are a fan!! Hope you like THE ULTIMATE BETRAYAL, one of my personal favs!