I’m so excited to introduce you to Andrew and Ben, mischief-making twins, who are private investigators and catch the case of their life. They must reunite sisters who were kidnapped and torn apart at ages 3 and 2.

I have to tell you that my fingers flew over the buttons of my laptop on this one. There was so much to write, so many characters to flesh out. And I absolutely adore that steadier, calmer, and quieter Andrew gets trail-blazing, pants-wearing, veterinarian, Jo Tatum as his lady love, while fun-loving, never serious, mischievous Ben ends up with Charlotte Ryan, a math wizard who has more courage in her pinky than you can shake a stick at.

These sisters don’t know each other, and Andrew and Ben must bring them together. It’s a story filled with joy, sorrow and bravery. I loved writing every word of it. 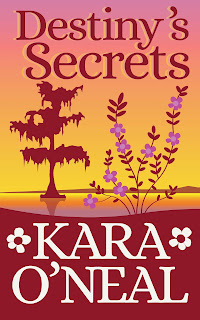 Andrew and Ben Lonnigan, brothers and private investigators, have accepted an important case—to reunite the long-lost DuBois daughters with their rightful inheritance. Abducted from their childhood home in New Orleans when they were three and two-years-old, Jo and Charlotte were adopted by separate families.

Andrew heads north to find Josephine Tatum—a pants-wearing, spitfire veterinarian who challenges his mind and captures his heart. Ben travels south to find Charlotte Ryan—the financial mind behind her father’s ranch, with a sweet disposition and, unfortunately, a fiancé.

As the sisters journey toward destiny, Charlotte must guard her heart against Ben, a man too daring to ever return her love. And Andrew must hide his feelings from Jo, a woman determined to carve her own path. While the foursome battle feelings, they must also war with a villain from the sisters’ past, one with the will and the means to destroy everything the DuBois daughters hold dear.

“You aren’t gonna talk just because I won’t sleep in the tent with you?” Andrew asked.

Jo took a deep breath and glared at him, trying to rein in her temper.

“That’s more of a punishment for you than me,” he went on. “I’m not much for conversation. My brother is better at it. I prefer silence, but you sure seem ready to explode with things to say.”

He looked at her with such ease that her good sense left her. “I think it’s rude of you to tell me outright that you find me ugly.”

“When did I say that?” he replied.

“When you told me you weren’t going to sleep in the tent with me.”

She rolled her eyes. “Fine. You implied it.”

“No, you inferred it. I implied something altogether different.”

She sat ramrod straight. “What do you mean? What else could you have meant?”

He shrugged. “Maybe I can’t share that cramped space with you because I find you too damned attractive.”

“Maybe I’m trying to protect you from my inability to leave you be and not touch you.” He watched her carefully, his gaze direct and intent.

Her breath came more quickly. “Do you mean to tell me…that you…you find me desirable?”

She almost declared the ridiculousness of the statement. But it wasn’t. Not at all. It shouldn’t be. What was absurd was his honesty. And even more unbelievable…she tried the control of someone as disciplined as he.

Pleasure burst through her. She couldn’t help but grin at him.

The heat in his gaze made her pulse race, and she stood.

He shot to his feet.

And now she picked up on his nervousness. It was subtle, but she could tell he considered running away. He’d given her a powerful piece of information, and he didn’t even know if she found him attractive.

She walked the ten paces necessary to get to him.

He didn’t back away, but she could sense he steeled himself against whatever she planned.

“You can sleep in the tent with me. I’d like that very much.” She heard the husky note in her voice.

His brown eyes went warm, and her body melted. She refrained from leaning into him.

“We probably ought not to,” he ground out.

“Why?” she murmured, stepping even closer. Her breasts almost pressed against his chest. “I won’t tell anyone.”

He narrowed his eyes at her. “Have you done this before?” 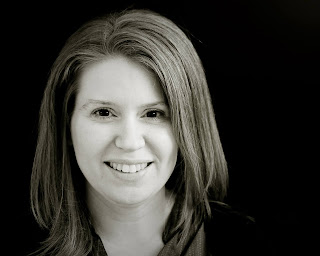 Born and raised in Texas, I had to make the state the setting for my first series. From the food to the fun, like floating the rivers, it is the fire in my blood that inspires me. My family and friends take center stage in my books. My sisters and best friends are my heroines, and my husband created my favorite hero. Love and family are the point of my stories, and I seek to entertain, relieve stress, and inspire people. Books can take one on a journey that one can relive over and over. I am extremely grateful to those authors who did that very thing for me. I learned and I fell in love with their words and characters. From the bottom of my heart, thank you.

Where to Find Kara

Posted by Stephanie Suesan Smith, Ph.D. at 7:00 AM

Thank you for having me and for letting me share my book!

Congratulations on this new addition to your series!

Don't you love it when a book just flows like that? Rare but wonderful. Congrats. Sounds like a great read.