GARNET IS ON SALE FOR 99 CENTS! 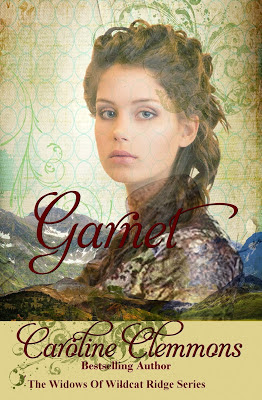 On sale for 99 cents through Monday, June 21st!

You’ll love Garnet’s spunk as she cares for her niece and nephew and battles an old foe. The hero, Adam Bennett is a strong, protective character. He’s quite handsome—but not the first time she sees him.

I had a lot of fun with Garnet and Adam, the children, the children’s grandparents, and the people in Wildcat Ridge. The villain is a nasty one but our hero and heroine are up to the challenge—we hope!

Participating in this group series was a genuine pleasure. Charlene Raddon conceived the series and created the covers. In addition to GARNET, I wrote BLESSING, each a stand-alone romance.

A recent widow with two children to care for, a bounty hunter who is badly beaten, and the crime that brings them together . . .

Garnet Chandler has lost everything. The only things remaining are her café, custody of her niece and nephew, and what little bit of sanity she has left. After the deaths of her husband and his brother and sister-in-law, she has made it her mission to provide for the children. When the children are kidnapped, Garnet races to rescue the last ties to her family. What she doesn’t expect is the handsome bounty hunter that comes to her aid.

Bounty hunter Adam Bennett is on his last job. He’s on the trail of a killer who escaped from prison and left a string of bodies in his wake. When he manages to catch up with the man, Adam is beaten and left for dead. Instead of dying, Adam vows to capture the killer and those that have teamed up with him, but he doesn’t count on rescuing two children in the process.

Can Garnet and Adam join forces to capture the killer and rescue the children in time? Will the children be able to stay with Garnet, or will the grandparents take them from her? Can Adam teach Garnet that even though she thinks she doesn’t need a man, having one isn’t all that bad?

This is when Adam first shows up at the café the day after Garnet had a prowler:

A loud rap at the back door startled her. She kept the curtains closed unless they were serving food and couldn’t see who had knocked.

Joey grabbed his stick. “Don’t answer it. Might be the robber there.”

She wiped her hands on her apron. “Or a friend who needs something.” Joey didn’t know the Colt .45 was in her apron pocket. After taking a deep, bracing breath, she opened the door.

The dirtiest man she’d ever seen stood there. His beard was as dirty as his clothes. Fresh cuts showed through the mud on his face. He was tall and broad-shouldered but looked as if he could barely stand.

“Ma’am, my name is Adam Bennett. Please don’t be put off by my appearance. I was robbed up the mountain a ways and lost all my gear. I’m mighty hungry. If you need anything done, I’d like to work for a meal.”

Joey was by her side. “He isn’t the one from last night.” All the same, her nephew kept his pick handle in his hand.

“We’re the Chandlers. Come in and sit down. Wait, wash your hands and face at the sink first. You can’t handle food while you’re that filthy.”

While the man washed his hands, she filled a plate from leftovers and poured a cup of coffee. “Joey, please get my medicine box from upstairs.”

He leaned close. “I don’t think I should leave you alone while he’s here.”

Joey took being man of the family seriously. “Oh, all right. Hyacinth, would you get the medicine box for me?”

“How come he doesn’t have to and I do?” Usually sweet, Hyacinth was a bit spoiled and definitely jealous of her brother.”

“Because Mr. Bennett is injured and needs our help. Please hurry.”

Her niece stomped up the stairs while muttering under her breath, her golden curls bouncing with each step.

When Garnet glanced at the man, she saw he’d wolfed down his food. “I’ll get you more. How long since you’ve eaten?”

“Not sure how long I was in and out of consciousness up there. They attacked me on Saturday. What day is this?”

“Monday. No wonder you’re hungry.” She set another plate of food in front of him and refilled his cup. 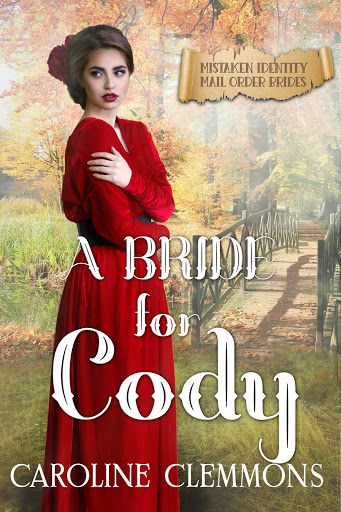