Part of The Rock and Roll Fantasy Collection 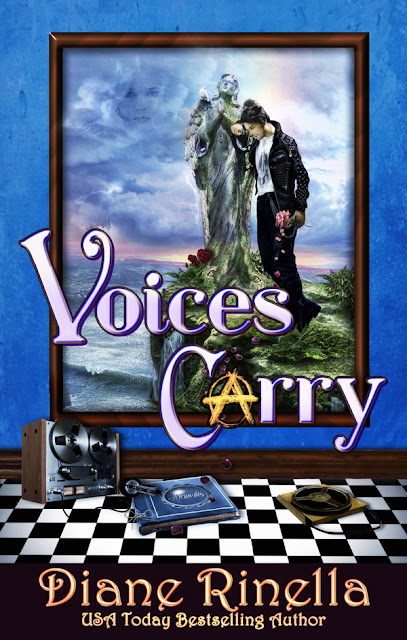 An incredible romance involving a man, the music he craves, and the voice that haunts him.

Rock and roll turns Brandon Wayne into a juvenile delinquent in all the best ways—crazed, ambitious, and with a slip of danger nagging at his hips. His marketing job at Endeara Candies and hunting down classic vinyl nirvana at Warped Records make his world seem ordinary, but there is another side to his life.

As an anniversary of tragedy approaches, odd occurrences riddle Brandon’s mind with questions. Whose voice is suddenly materializing in his head? Is he fabricating a psychic who looks like one of his favorite rock stars? Why is he having retro dreams involving welded beer cans, disco, and a punk rock girl? The puzzle seems never ending.

Have the musty fumes at Warped Records and the terrible candy at work rotted Brandon’s brain? Has he crossed into the realm of insanity? Or is the reason for the madness beyond his comprehension?

“How’s life in the hellhole?” I ask while trying to cover how shaky my voice is. I swear to God I’m so jittery my spleen is quaking.

“Here.” Darla hands me a zip bag of … grey jellybeans?

“Since when do we make grey jellybeans?”

“Since some of the guys worked late last night to get caught up on an order, were done sooner than expected, and decided to experiment. This is the result, and I got the joy of tasting them this morning. That’s how life in the hellhole is.”

“What flavor is grey? Coconut?” What the hell. I’m game. Thinking I am hearing a voice already implies I am insane. I might as well prove the theory by eating some of the stuff we make here. Then again, supposedly if you think you are insane, you can’t be.

“Coconut would stand closer to reason than reality. Before you try those, I am reminding you we have a lot of diversity here at Endeara Candies. Also, I suspect alcohol may have been consumed during that little experiment.”

Against all sensibility I pop one into my mouth. My teeth break the coating, and “Holy shit!” The thing is so hot my eyes are gonna shoot out of their sockets. Darla hands me the trashcan so I can spit the thing out. “What was that? Habanero or something? They should make those red and in the shape of a flame thrower.”

“Habanero would have been too sane. Those guys experimented with Ghost Pepper, hence they thought grey would be spooky.”

I let out a huff of heat. “Gah! I think I might die! And here I thought you were my friend.”

“I am, which is why I gave you a diversion from whatever is on your mind. Here.” She hands me a chocolate bar that looks so good I am about to salivate. It’s a nice thought, but what I need is to raid the First Aid kit and drink some Burn Gel.

“We don’t make stuff this good here,” I say.

“Exactly. No one should eat the crap we make. Traitorous chocolate is the only way to go. So, you okay?”

Her look of sisterly concern makes it clear she isn’t asking in regard to the near death experience from the Ghost Pepper.

Crap. What I am going through is nothing. Well, it has to be nothing because … because it can’t be the alternative. For the last few years I have gotten through the rough times by forcing myself to move forward. I’m going to say I am okay and move on. I am certain that by using mind over matter all will be dandy.

As soon as my mouth drops open to form the words, I know Darla will see through anything I tell her. That gets reinforced when I pause to think of a new approach and the look in her eyes tells me she’s feeling every jitter along with me. God, how the hell is it that anyone else in the universe can mess with you and it’s all fun and games, yet with Darla you know the more she does it, the more she cares?

I can’t tell her I fear I am losing my mind.

Maybe if I get it off of my chest, hearing how stupid this all is will make it go away. After all, if I can’t talk about it, I must really believe I am crazy. If I talk about it, that will show I know it is just my mind being out of whack, and I can conquer it. “When I was at Mulligan’s last night, I met this waitress—”

Darla smacks her hand onto the desk. “Stop right there. Any story beginning with, ‘When I was at Mulligan’s’ has a ninety percent chance of ending horribly. Let me guess, the new waitress, who happens to be named Amber, slipped you her number and it is messing with your head.”

Oh, thank God. See, this all makes sense. I’m also guessing by how Darla is closing her eyes and fighting a cringe that not calling was a wise decision. “Yes, and before you say another word, no, I did not call her, nor do I plan to.” Darla’s eyes pop back open, and she sweeps her palm in a motion for me to carry on. I’ll roll with it so I can keep seeing how crazy it is to think I am losing my mind. Regardless, I lower my voice because no one else needs to know I think I am losing it. “After that, I had the strangest dream. Well, it wasn’t exactly a dream. It seemed real to the point where I felt I heard it.”

She returns the hushed tone. “Are you saying you’re dreaming of bimbo waitress or just her voice? Either is gross.”

“That’s the thing. It’s not the waitress’s voice I’m hearing. That grated on me. What I am hearing sounds sweeter.”

“This dream, was the voice in control?”

My head jerks back as if her words have smacked me. “God, no.”

Is she crazy? I shake my head. “Not in the least.”

I must be slow because it is now sinking in that she is doing her own version of a sanity check. I’m taking how she still seems unfazed as a good sign. “I can only make out bits and pieces, similar to hearing a weak radio signal. Here is the thing. It’s been almost ten years to the day since Amber died. Do you think this voice is only my brain messing with me, or am I truly certifiable?”

Voices Carry is a standalone novel that takes place in the Rock and Roll Fantasy universe, alongside It’s A Marshmallow World, Scary Modsters ... and Creepy Freaks, Queen Midas In Reverse, and the upcoming Moonlight Serenade. 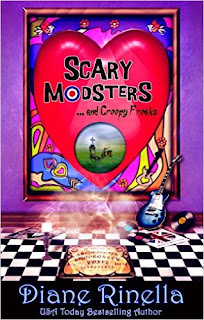 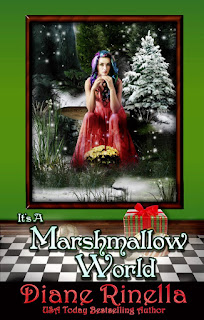 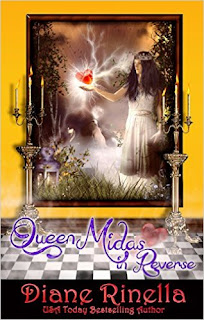 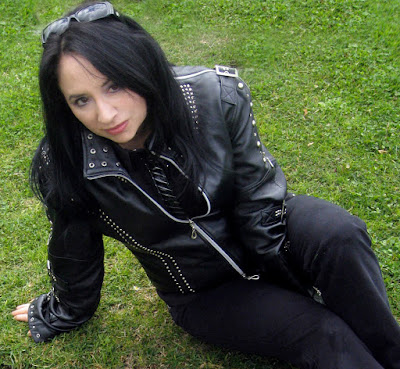 Enjoying San Francisco as a backdrop, the ghosts in USA Today Bestselling Author Diane Rinella's one hundred and fifty-year old Victorian home augment the chorus in her head. With insomnia as their catalyst, these voices have become multifarious characters that haunt her well into the sun's crowning hours, refusing to let go until they have manipulated her into succumbing to their whims. Her experiences as an actress, business owner, artisan cake designer, software project manager, Internet radio disc jockey, vintage rock 'n' roll journalist/fan girl, and lover of dark and quirky personalities influence her idiosyncratic writing.

Thank you so much! I appreciate your time and support.

All the best,
Diane