LIES I LIVE BY -- A YA PSYCHIC THRILLER BY LAUREN SABEL

Lies I Live By
by Lauren Sabel

Giveaway with Rafflecopter for a $30 giveaway

LIES I LIVE BY Blurb:

These are the facts: My name is Callie Sinclair. I am seventeen years old. I live in San Francisco. I love my boyfriend, Charlie. I work for a secret governmental agency. I am a psychic spy. This romantic, action-packed twist on the classic spy novel is perfect for fans of Ally Carter’s Embassy Row series or for any reader who enjoys cinematic writing and stories of romance and intrigue.

At seventeen, Callie is the government’s youngest psychic spy, trained to track dangerous people and weapons in her visions. When another young—and handsome and witty—psychic joins the agency, Callie’s personal and professional lives get messy all at once. If she can’t find a way to change the events she’s seen in her visions, she could lose the people she loves most . . . and her mind. Literally.

Richly painted against the backdrop of San Francisco and Berkeley, Lauren Sabel’s enthralling novel captures the thrill of exploring a unique power in a dangerous world. 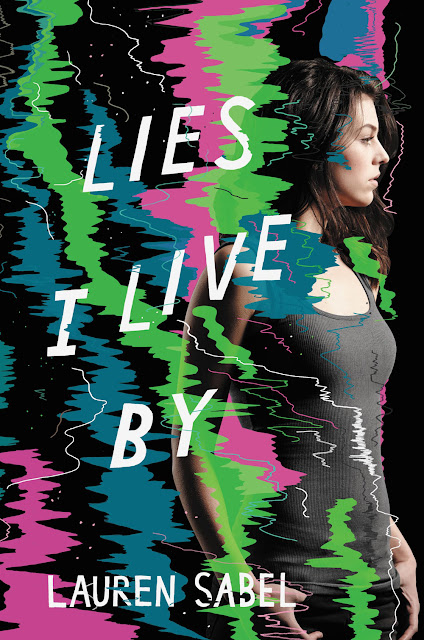 LIES I LIVE BY Excerpt:

I’m not surprised that my house is empty when I get home. It’s more like a show home, a modern series of glass boxes placed together, never intended for “family use.” Of course, my mom didn’t ever expect to have a child. Because of something to do with Mom’s uterus, she lived childless until she was forty. And then—surprise! I was born with a full head of jet black hair and eyes gray as steel, and “small as a baby kitten,” she always says. I’m still on the short side, but that’s the only thing small about me, at least according to Mom. She always describes the day of my birth as both “amazing” and “quite painful,” like she accidentally shoved a metal spear into her foot, and had to leave work early to get it out. But Mom’s like that; she doesn’t sugarcoat things. That’s why she refuses to have a television in our house. “It’s the opiate of the masses,” she told me when I was little. “Invented to keep us dumb.”

I take off my shoes by the door and cross the stark white living room into our gleaming black marble kitchen. Like every Tuesday night during the school year, there’s a note on the counter.

I’ll be home after class. Make yourself some dinner, xo Mom, it says.

The XO makes me laugh. Mom is kind and loving, but she’s not a hugger, not by a long shot. I wrench open the fridge, reach past a bottle of white wine and a carton of skim milk, and grab the box of leftover pizza.

“Pineapples and ham,” I mutter. “What a combo. Who would’ve thunk it?” I pick off the juiciest piece of pineapple and pop it into my mouth, and then grab a National Geographic out of the pile of magazines on the kitchen counter. It flops open it to a picture of white shuttered houses climbing a hillside. Now that’s the life. Peaceful. Innocent. Most likely radioactive-metal free.

LIES I LIVE BY Purchase Links:

OUT OF MY MIND:

Lauren Sabel lives in the quirky dark spaces of her mind, and she tries to shed light on these spaces in her books. After publishing VIVIAN DIVINE IS DEAD in Summer 2014 with Katherine Tegen Books, an imprint of Harper Collins, she confronted her lifelong fear of being psychic by writing LIES I LIVE BY. Since in this YA thriller, teenage psychic spy Callie Sinclair works undercover for the government, forced to hide her real identity from everyone she loves, Lauren is now certain she’s on the CIA watch list.

LIES I LIVE BY:

I hope to read this soon, thank you for the reveal! :)

Lauren, thanks for sharing with readers today. Wishing you continued success.

I enjoyed reading the excerpt. This book sounds like such an interesting and intriguing read. Looking forward to checking out this book.

I love the cover and look forward to reading the book.

I do enjoy a good thriller.

Sunday blessings and thanks again for the chance to win

Happy to be a part of this tour, thank you for sharing!