PEEK INTO MY LATEST RELEASE

Imagine you’re a very wealthy, though unhappy, woman who has always had a large staff of servants. Then, one day, your husband kills himself, leaving a note that he’s lost the business founded by your father and his father. The morning after the funeral, a banker comes to the door to announce that he owns the home that had been in your late husband’s family for generations and gives you and your two children six hours to vacate.

This is what happened to Vanessa Worthington. She has only a couple of dollars to her name and no family left. She takes a chance on becoming a mail-order bride to a rancher in Montana. Travis Boyd says he has a large ranch and a snug home. A large ranch equals a large home, right?

No, not this time! 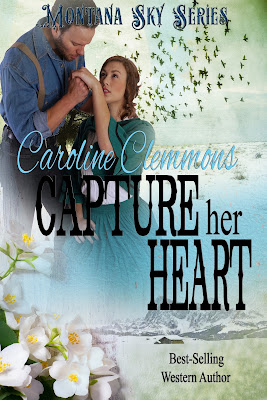 Here’s an excerpt from CAPTURE HER HEART: (Billy is the cowboy teaching her to cook. Sam is a cowboy who brought a warning message from the sheriff.)

Snow increased during the afternoon. After opening one of the shutters, she peered through the center of the window pane—the only part not frosted. Vanessa thought surely all robbers would be holed up somewhere warm. Why had this escaped villain headed their way?
She and Billy got preparations for supper underway but she couldn’t conquer the sense of dread shrouding her. Before Sam’s arrival, she had been confident she’d made the right choice when she came west and married Travis. Knowing her husband would do his best to protect her and the children didn’t put her at ease.
Jack shadowed her. “Mother, who is this man who might be coming?”
“I’m not sure who he is, but I guess he used to live here. Is that right, Billy?”
“Right as rain. ’Em robbers lived on this part of the ranch until the law caught up with ’em and sent ever last one to prison.”
Jack’s face shone with excitement. “Do you suppose they buried their treasure here?”
“No one knows. Most outlaws spend their money on liquor and—”
Vanessa nudged him, hard.
Billy cleared his throat. “On liquor and high livin’ and gamblin’.  Like as not that bunch did the same.”
Jack dropped onto a kitchen chair. “That’s good, so maybe this mean man won’t come here after all.”
Vanessa smiled at her son, hoping her effort didn’t come off as a grimace. “That’s right, son, so stop worrying.”
“Papa won’t let us get hurt. He’ll protect us.”
What a hero her son had already made of Travis. She knew her husband would try, but she was too wise to put all her hopes on any man—even one as nice as Travis appeared to be.
“He’ll do his best to insure nothing bad ever happens to you. Now, please go check on your sister and see if she’s finished her nap.”
Satisfied his future was safe, Jack skipped toward the bedroom.
Billy shut the oven door. “Remember what you told Jack. Travis nor Paco nor me will let anythin’ happen to you or the children. You can take that to the bank.”
“Thank you, Billy, but I’m conscious of that fact. I don’t want any of us put in jeopardy. I’m well aware how chivalrous the three of you are. I’m also fond of each of you and I don’t want anything bad to happen to you.”
“Aint’ nothin’ goin’ to happen to nobody if we have anythin’ to say about it.”
She swept the kitchen more for something to do than because the floor was dirty. Keeping her hands busy with a simple task gave her a chance to think. She wondered if the cellar would be a safe place for the children if there were gunfire.
Billy’s voice interrupted her reverie. “You sweep any harder, won’t be anythin’ left of the broom or the floor.”

CAPTURE HER HEART is available from Amazon:  http://a.co/ceaSOxl for $1.99 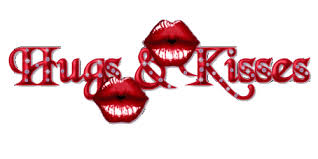