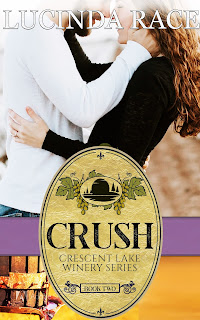 He’s just the spark she needs…

Anna Price is an Enologist, a world-renowned expert in anything having to do with wine. Her work at her family’s Crescent Lake Winery in the Finger Lakes region of New York has her feeling as if she’s treading water. There has to be more to life than just wine. Has she lost her spark? She’s jolted when her father suffers a heart attack, then gets a jolt of a different kind from the man taking care of her father.

Colin Grant is a nurse practitioner, specializing in the care of cardiac patients. He’d met Anna once before, but had just ended a long-distance relationship and wasn’t ready for someone new. But this time it’s different. There’s no denying his attraction to the curvy girl who has no idea how beautiful she is.

When Anna is offered a job in France, they may find their growing relationship crushed. How can she say no to the offer of a lifetime? Colin’s job is caring for other people’s hearts; he’s determined not to have his own broken again. Absence doesn’t always make the heart grow fonder. But is it worth the risk, for a lifetime of love?

Colin saw Anna the moment she entered the bar. She was beautiful. The way she carried herself was confident but totally oblivious to how pretty she was. He liked that she was dressed in a simple white t-shirt, jeans, and a pale-green cardigan sweater. She had clipped her hair off her face. Those eyes were pools of melted chocolate he wanted to dive into and savor. As she approached, he stood up.

“Hi, Anna. You look very pretty.” He gave her a friendly hug and noticed her perfume was soft and floral. It suited her.

He held out her chair at the table. “I hope you don’t mind we’re in the bar. I thought it would be more relaxing and if you wanted something stronger than coffee, it would be readily available.”

She flashed a smile. “Coffee’s good.” She placed her bag on the floor next to her feet. “Unless you’d like something else?”

He didn’t want anything to dull his senses for their first date. He wanted to remember each moment. Damn, he sounded like a sap. Who had he become since meeting this woman? It was like he had a crush on a girl in middle school, the way he was reacting.

Before Anna had arrived, Alan had already brought the carafe of coffee to the table. Colin picked it up to pour. She gave him a warm but shy smile.

“Is there any cream?”

He passed her the small pitcher that was close to him and then poured his coffee. He watched as she added a packet of sugar, making a note of how she liked it.

“Me too.” Her spoon clinked against the coffee mug.

There was an awkward silence.

Anna sipped her coffee and scanned the room. “Have you eaten dinner here?”

“I don’t go out much because of my work schedule but I’ve heard it’s good.”

“My brother Don and Alan were in school together. He’s been a friend of our family forever.”

“He seemed like a nice guy when I came in.”

She nodded and took another sip. Setting her cup down, it clattered against the spoon. “I’m just going to say this. I suck at first dates.”

Colin couldn’t help but laugh. Not the soft, polite kind either, but a deep belly laugh that filled the room and began to crack the tension between them. He didn’t care who was watching; Anna’s honesty was refreshing.

“Now that’s good news. I was feeling like that pimple-faced kid—you know, when his parents drive him to the diner to meet a special girl for ice cream.”

She flashed him a wide grin. “Where you feel all nerdy and stuff? I was that girl.” With another laugh, she leaned back into the chair.

He sat forward. “You? I don’t believe it. I would think you had lots of guys interested in you.”

“For helping them with their math or chemistry homework, sure. But as dating material, definitely not.”

“What are you talking about? You’re beautiful.”

“I had a bit of an acne problem and being at the top of the class, teachers liked me and would say things like, Well, Anna, that is an excellent answer or hypothesis or whatever. So I was not popular.”

“Then I’m going to say that is a good thing for me.”

She wrinkled her nose. “How so?”

He lightly touched the back of her hand, and a definite zing flowed into him. “If one of those guys from school discovered how awesome you are, we might not be sitting here now, having our first date.” 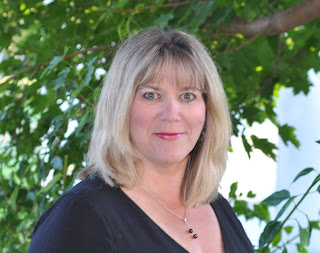 Award-winning author Lucinda Race is a lifelong fan of romantic fiction. As a young girl, she spent hours reading romance novels and getting lost in the hope they represent. While her friends dreamed of becoming doctors and engineers, her dreams were to become a writer—a romance novelist.

As life twisted and turned, she found herself writing nonfiction but longed to turn to her true passion. After developing the storyline for The Loudon Series, it was time to start living her dream. Her fingers practically fly over computer keys as she weaves stories about strong women and the men who love them.   Lucinda lives with her husband and their two little dogs, a miniature long hair dachshund and a shitzu mix rescue, in the rolling hills of western Massachusetts. When she's not at her day job, she’s immersed in her fictional worlds. And if she’s not writing romance novels, she’s reading everything she can get her hands on. It’s too bad her husband doesn’t cook, but a very good thing he loves takeout.