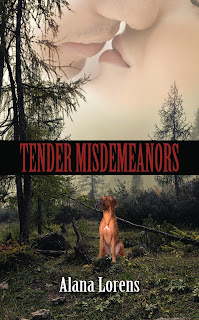 Blurb:  Caryn Orlane has law enforcement in her blood; her father was a cop, and his father, too. She's a federal agent in northwest Montana, protecting the old forests and keeping the peace.

Levi Bradshaw also believes in protecting the forests but has a very different MO. He's the leader of a group of eco-warriors, determined to save the trees of the Bitterroot by legal—and illegal—means.

When they meet in the woods at gunpoint, their encounter ignites a spark of interest, despite operating on opposite sides of the law. When their worlds turn on them, they only grow closer. If they don't work together, can either survive?

“I see.” The dissecting look Caryn gave him let Levi know she saw very well. She didn’t take it lightly, despite his disparagement. “So, if that didn’t spur this big jailbreak, what did?”

His gaze slid to her, then the door. “Jailbreak? Are there guards outside?” His voice caught.

“What, then?” His troubled gut clenched tight. “Are you here to arrest me?”

“No. Don’t be in such a hurry to go to jail. Every time you see me, you assume I’m going to lock you up.” She bit her lip, chewing it a minute. “Actually, the consensus of the evidence shows you didn’t arrive on the scene until after the launcher was set. The other witnesses admitted you didn’t even know about it.”  More softly, she added, “I think this puts you in the clear.”

Her slight smile was a lifeline. He let it wrap around his heart. “And you’re still here.”

She nodded slowly. “I’m still here.” She adjusted her stance, rocking her weight onto her heels. “You realize you’re probably an idiot, signing yourself out against medical advice?”

“I told you I’d taken care of that. I went up to the house and fed them every day. They’re fine. They just miss you.”

“You didn’t have to. That’s really something.  Really something.” Relief showered over him. “I owe you. But that’s not the only issue on the table. I’m still going.” His jaw set and he rubbed his eyes, then sucked in a sharp breath of air. “Damn it, that hurts.”

“Exactly my point,” she said. Her self-satisfied air was annoying and endearing at the same time. 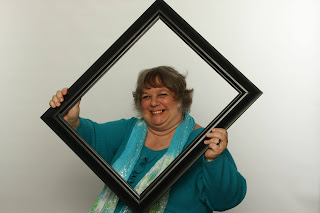 Alana Lorens has been a published writer for more than forty years. Currently, a resident of Asheville, North Carolina, the aging hippie loves her time in the smoky blue mountains. One of her novellas, THAT GIRL’S THE ONE I LOVE, is set in the city of Asheville during the old Bele Chere festival. She lives with her daughter on the autism spectrum, who is the youngest of her seven children, and she is ruled by two crotchety old cats, and six kittens of various ages.

Thank you for sharing my book today!