Toni will be awarding a free e-book of VISITING LILLY and a FREE TAROT CARD reading for one lucky commenter to a randomly drawn winner via rafflecopter during the tour.

D.I. Jake Talbot is a burnt-out British detective given a second chance to believe in love, friendship and the transcendent essence of the human experience. When he investigates a seemingly innocent visitor to a residential care home for the elderly he uncovers a dangerous family hiding a forbidden romance that mysteriously crosses the boundaries of time. The deceitful family does all they can to prevent Talbot from discovering their secrets surrounding an unsolved murder, family betrayal; at the core of which is a keenly intelligent, though somewhat mentally challenged young man who is fixated on an elderly woman being held captive by her own grandson. Talbot sets out to right the many wrongs done to the blameless, and in turn, rediscovers his own humanity. 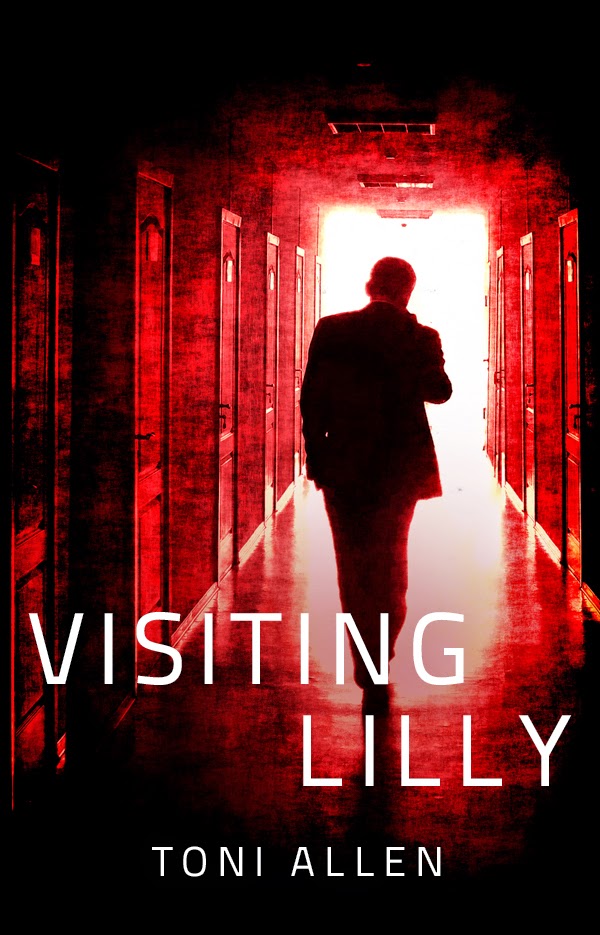 Notes, yes, he should make notes, before all of the mad ideas popping into his head were zapped off into outer space. Time machine, bloody hell, he’d be interviewing little green men next, and scanning the airways for flying saucers. Placing his notebook on the table he tapped his pen up and down. Just make marks on the paper, words, anything, don’t think, write.

He drew heavily on his cigarette and stared down the street at people hurrying about their business. A young woman nearly slipped on the snow and fell. Instinctively he stood, ready to assist. Haste. Now there was a good word to write down. He sat and scribbled.

2)         Two people were in no hurry to do anything. Why didn’t Keith’s parents report him missing? Where were they in all of this before they cried ‘murder!’?

3)         See if there are any early psychiatric reports on Frankie. Mother said there were, Weissman alluded to them. Perhaps they would come with the files Weissman had promised.

On better days he would have phoned Yates to run it past him. Suddenly there was only him, no sounding board, no second brain to fit the puzzle together. Closing his eyes, he smiled. So that was Weissman’s game. Now the only confidante he would have was Frankie Hayward himself. Oh, how clever, single him out and throw them together. Shit, was Weissman expecting him to go the same way as Keith? Involuntarily he shivered and hugged his coat tighter around his chest. Images of the headline sprang before his eyes, 'Stressed copper on leave disappears, alien abduction suspected.’

I’ve been a professional tarot reader for about 30 years, and an astrologer for about 25. Now, thanks to the internet, I have an International client database. My main website is creaking because I haven’t updated it for so long, but it’s still fully functional and full of lots of interesting information. www.toniallen.co.uk . A new build is underway, with lots of modern bits and pieces so that you can connect with me via Facebook and easily keep up to date with events that I’m offering readings at.


Thanks for stopping by!

Thank you for hosting today

Thanks for hosting me Caroline

I really enjoyed the excerpt. Thanks for sharing!!