What are your favorite Christmas memories? I have so many, but a few stand out.

Let me share the most poignant memory of the late Bill Guess of Millsap, Texas. Bill was in the Air Force during WWII and was shot down by the Japanese. He was wounded but still forced to participate in the last portion of the Bataan Death March.

While a prisoner of war, he was in the infirmary at Christmas. The Red Cross had arranged for the prisoners to have an extra spoonful of corn for their Christmas dinner—all the captors would allow. Yes, that’s right—one spoon of corn was their gift, and that consisted of 12 kernels. Because he was bedfast and couldn’t exercise, Bill was told he didn’t merit the gift. 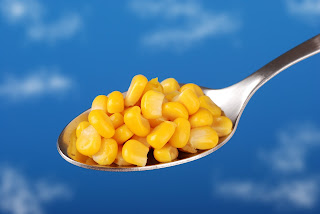 As a special “Christmas treat”, the other 12 prisoners from his group were allowed to visit him in the infirmary and shake his hand to wish him a Merry Christmas. As each man shook Bill’s hand, the other man pressed a single kernel of corn into his palm. At the end of the procession, he had his 12 kernels of corn. Those who had so little gave generously of what they had. Could any gift be more valuable?

In this time of excess, let us keep in mind the spirit of the season. Share with others who have less, love one another, rejoice in our freedom! Thank a service man for our ability to enjoy those things.

Merry Christmas from my home to yours!