SNEAK PEEK AT A BRIDE FOR HOUSTON 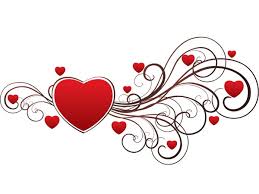 Are you doing something special for your love this weekend? Years ago I started a kitchen fire when trying to prepare a special breakfast that included French toast. Hero called me to ask a question and I wandered to his office down the hall to answer. I forgot I had butter melting in a skillet and stayed to discuss something long since forgotten.  Lucky for us, I discovered the burning butter in time to douse it with baking soda. Disaster was averted but I had a mess to clean. I hope to do better this year!

I’ve been thinking about romance books and series. Currently, I’m writing a Proxy Bride Series book, my fourth for the popular series. I enjoy proxy bride stories. Having strangers in a marriage of convenience adds a dimension to the tale. While overcoming other obstacles, they must adjust to one another. Such difficulties either cement or destroy the relationship. Of course, in a romance, they are united for a happily-ever-after.

Speaking of which, my next release, A BRIDE FOR HOUSTON, is currently available for preorder. I hope you’ll preorder the book. Here's a sneak peek at the lovely cover from Black Widow Designs: 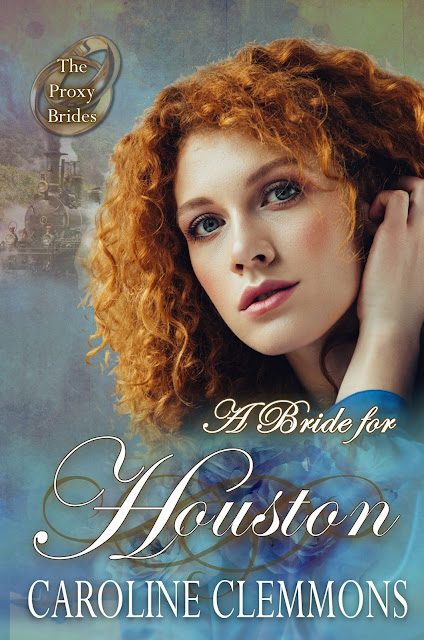 He is angry when a mail-order bride jilts him…

They must defend themselves against mysterious assailants.

Theodosia “Theo” Jordan has lived with the harsh aunt and uncle who are her guardians since her parents’ death five years ago. In three weeks she will turn twenty-one and inherit the estate now controlled by her uncle. She overhears her aunt and uncle planning her death to cover up the uncle’s embezzlement from her estate. Acting quickly, she escapes Atlanta that day by becoming a proxy bride to a man living in a small town in Texas.

Houston Kingsley yearns for a happy family like his brother has. Being cheated by a fraudulent mail-order bride who jilts him and keeps the money he sent her discourages him. Is he destined to live alone? His brother convinces him to try for a proxy bride.  The marriage of convenience process sounds simple enough—if he can scrape up the cash for a second fare and travel expenses.

But unknown forces create danger for Theo and Houston. Can they discover and defeat the guilty to achieve the happy home each desires?

This is shortly after they meet:

Shyness struck Theo as her husband led her toward their home’s front porch.

At the door, he stopped. “Always planned to do this. Hope you don’t mind.” He scooped her up and carried her across the threshold.

She couldn’t keep a surprised squeal from escaping, followed by laughter. “I always hoped my husband would do that.”

Appearing pleased, he gestured around them. “You see the foyer isn’t large, but accommodates a hall tree. They also had a grandfather clock on that wall, but they took it with them. Maybe we can get one someday.”

She removed her hat and added it to the shelf on the hall tree, then hung her coat on a hook. “That sounds nice.” She’d need elbow grease to polish the floor. The marks of where the clock had stood were faintly visible.

After adding his jacket to the peg next to hers, he studied her. Slowly, he walked around as if assessing her. “I never expected a redhead for a wife. A lot of folks think redheads have a bad temper or bring bad luck.”

The nerve of him—though she suspected he was teasing her. “I never expected my husband would have a beard. A lot of women don’t like a man with whiskers on his face.”

He grinned and spread his hands. “Hey, I can shave off my beard.”

She shifted her shoulders and sent him a saucy smile. “Hey, I can shave off my hair if the color doesn’t suit you. Would you prefer a bald wife?”

He laughed and raised his hands in surrender. “I give up, you win that round. Although, I know many women color their hair. Many even try for the color of yours, which I find a quite pleasing shade. Let’s continue the tour.” He guided her through the home’s downstairs.

Click here to preorder A BRIDE FOR HOUSTON https://www.amzn.com/B08THSBZH5/.

Thanks for stopping by the blog!
Posted by Caroline Clemmons at 1:30 AM