A COZY MYSTERY E-SALE FOR YOU!

Do you read romance exclusively or cross genres? I love many subgenres of romance and also general fiction and cozy mysteries. In fact, I guess I read everything except horror, erotica, and space sci-fi.

Some of you know I’ve been quite ill the past two months. I’m better now and feel soon I’ll be back to as normal as I ever am. To thank you for sticking with me while I’ve been too ill to write, I have lowered the price of my cozy mystery DEATH IN THE GARDEN for the weekend. 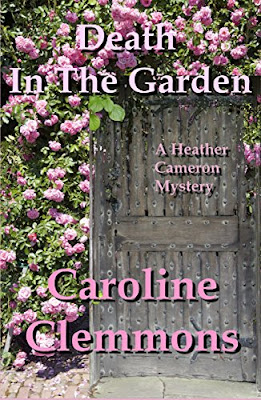 Garden center manager Heather Cameron is determined to prove her old family friend, mentor, and employee, Walter Sims, is innocent of murdering the meanest man in town. Heather can’t trust the police to find the real killer when all clues point to poor Walter. The dead man was beaten to death with Walter’s shovel several hours after they were overheard arguing, and the two men had a long history of enmity. Walter definitely looks guilty, but Heather is sure—well, almost positive—okay, she certainly hopes her friend and mentor is innocent.

Heather is compelled to scour the fictional North Central Texas town of Gamble Grove to exonerate her old friend. She’s encouraged when the new police detective in town, Kurt Steele, shows interest in helping her look for clues. Or, is his interest in her?

The deeper Heather digs into the dead man’s life, the more she justifies his ruthless reputation. Walter is indicted, but police begin to suspect the victim’s stepson as murderer. Heather is convinced the stepson couldn’t have murdered anyone either—although it’s clear no love was lost between the two men. The attempted murder of the victim’s real son creates a new twist. Can Heather solve the murder without becoming the killer’s next victim?

I enjoyed writing DEATH IN THE GARDEN for several reasons. One is that the great-grandmother, Gigi, is a combination of my mom and a family friend. The character is probably funnier to me than to other readers because I knew both women. I couldn't keep from laughing at some of Gigi's antics.

If you haven't yet read DEATH IN THE GARDEN, I hope you'll take advantage of the special e-book sale this weekend. Tell your friends. Please leave a review if you can.