Caroline, thank you for the opportunity to introduce to your followers the heroine from Wait for Me.

My heroine, Esmeralda Crobbin grew up as the adopted daughter of a pirate. She learned the trade from him and took over as captain of the Erie Mist when Danny Crobbin, aka Irish Red, passed away. However, she made her father a deathbed promise to find out who she really is. She is on that quest when we meet her in Wait for Me, my contribution to the newest Bluestocking Belles boxset, Storm & Shelter. Let’s start the interview with Esme herself.*

It's late, you are bored. What do you do?

Oh that’s easy. I’m never bored. When I’m at sea, captaining the Erie Mist takes all my attention. When I’m on land—which I do as little as possible—I’m always in pursuit of some goal, be it information, an object or an encounter. I’m not certain I’d know what to do with boredom if it happened to me.

What kind of food would you buy on impulse if you were hungry?

Probably a fish cake. If fish were not easily available, I’d try a Shepherd’s pie.

Do you know how to fix things?

Of course. Every sailor must know how to repair sail, line and brass (or other metal) work. If something on ship is in bad repair, you can’t always wait for someone else to fix it.

What are you like first thing in the morning?

I think I’m a very nice person in the morning, especially at sea. On land a few people (well, perhaps more than a few) have mentioned that I’m a bit grouchy in the morning.

How do you handle things when in a "proper" social situation?

I do fairly well. My father insisted I attend a convent school in Jamaica for three years. He’d never had schooling and he wanted better for me. I hated the time away from the sea, but I did learn how to behave politely. Not all situations were covered in my schooling, so sometimes I take a social mis-step. However, I can usually recover. I tend to think quickly on my feet.

Is there anything you would like our audience to know that has not been mentioned thus far?

One thing I want everyone to know is that I am not a pirate, despite what the British government and royal navy imagine. I have letters of marque from the United States’ government, which means I am a privateer. As such I do not ‘plunder’ any ships or kill any sailors from ships under flags that are neutral or allied with the United States. Even when I attach British ships, I never murder the crew or passengers. I do put them ashore at well supplied islands and retain possession of their ship and any goods aboard. My crew thinks I’m daft for allowing enemy sailors to live, but I cannot see killing men who have surrendered to a superior force. Since I’m the captain, that’s the way things are. 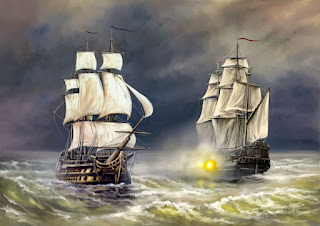 She landed with the expected splat but unexpectedly not in the mud. Whatever she’d tripped over had broken her fall and kept her breathing. The object was large, seemed to be covered in cloth, and as she pushed up into a seated position, she discovered it was rather lumpy. It also groaned. A very human sounding groan.

Good lord. I’ve landed on a man. Aware of where she sat, she scrambled off, to lean over him, her knees sinking into the muck. She bent closer and peered through the soggy light, feeling with her hands to locate his head and check for injuries. She found only a shallow bump on the back of his crown. Thank heaven he lay on his back. The rain had kept his face clear of sludge, and beneath her palms his chest rose and fell. He was alive for now. But how long had he been here, and what caused him to be lying in the mud?

On that thought, his eyes opened. They were blue, though she couldn’t see the exact color in the rainy dawn. They might have been gray.

The rain resumed, and he blinked rapidly. She fished in a pocket for her handkerchief. Damp as it was, it would clear his vision. With the kerchief, she swiped water from his eyes and face. She bent to place the cloth in her pocket, and when she lifted her head, his glare struck her. A very familiar glare. A glare that had haunted her for the past three years. Now I know fate is laughing at me. Before her lay the one man who hated her most in the world.

“Am I hallucinating? Lieutenant Gilroy?”

“Irish Red! What are you doing here? Why am I lying in this muck with you atop me like a doxy? And my rank is now Captain.”

Wasn’t that just like him to consider rank and rules more important than a storm. Captain or not, she wasn’t atop him, but accuracy seemed irrelevant at present. To put him in his place she stood. “I might ask the same of you. I found you lying here unconscious.” He doesn’t need to know I tripped over him. 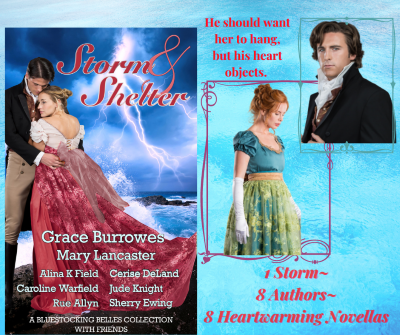 About Storm & Shelter: When a storm blows off the North Sea and slams into the village of Fenwick on Sea, the villagers prepare for the inevitable: shipwreck, flood, land slips, and stranded travelers. The Queen's Barque Inn quickly fills with the injured, the devious, the lonely--lords, ladies, and simple folk' spies, pirates, and smugglers all trapped together. Intrigue crackles through the village, and passion lights up the hotel. One storm, eight authors, eight heartwarming novellas.

Storm & Shelter is available for pre-order now at a reduced price. The book will be released at its regular price on April 13, 2021.

About Wait for Me: Fate trumps nature, and these enemies became good friends then casual lovers. Only doubt and family secrets can keep them from sealing their love with marriage.

Esmeralda Crobbin, aka the pirate Irish Red, and Captain, Lord Brandon Gilroy were enemies by nature who first met during a battle at sea. But fate trumps nature when a fierce storm creates a chance encounter and forced proximity. Brandon learns the pirate is a woman of serious honor and responsibility. Esmeralda discovers the captain is more than a uniform stuffed with rules and regulations. Both love the sea with boundless passion, but can they love each other? 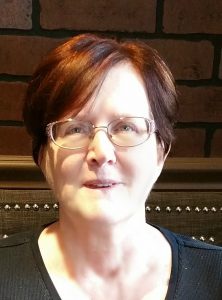 Award winning author, Rue Allyn, learned story telling at her grandfather’s knee. (Well it was really more like on his knee—I was two.) She’s been weaving her own tales ever since. She has worked as an instructor, mother, sailor, clerk, sales associate, and painter, along with a variety of other types of employment. She has lived and traveled in places all over the globe from Keflavik Iceland (I did not care much for the long nights of winter.) and Fairbanks Alaska to Panama City and the streets of London, England to a large number of places in between. Now that her two sons have left the nest, Rue and her husband of more than four decades (Try living with the same person for more than forty years—that’s a true adventure.) have retired and moved south.  When not writing, enjoying the nearby beach or working jigsaw puzzles, Rue travels the world and surfs the internet in search of background material and inspiration for her next heart melting romance.

She loves to hear from readers, and you may contact her at Rue@RueAllyn,com. She can't wait to hear from you.

Keep up with all the news about Rue Allyn and deals for her books, Sign up for Rue’s News quarterly newsletter here, and receive a free download.

*This interview format was adapted from one created by Kayelle Allyn of the Romance Lives Forever Blog.

P.S. I am your new GFC follower :) Lets be friends :)
http://tanyasoyer.blogspot.com/