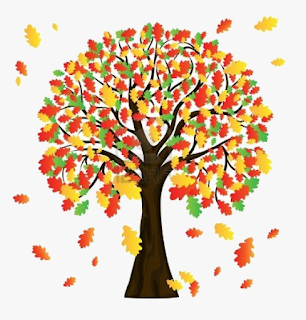 Welcome Fall! Although North Texas can’t compete with New England for colorful leaves, our trees are showing varying shades of gold and orange. Mixed in with our native dark green Live Oaks, these present a pleasant delight for the eyes. The Mountain Cedars—not so much! They’re green, but they bear powerfully irritating pollen that has many of us sniffing, sneezing, coughing, and rubbing our reddened eyes.

In spite of that, I love the Fall season. We get cooler temperatures, a little rain, and the building anticipation of the coming holidays  through the end of the year. I’m not particularly a Halloween fan, that is, except for the candy. I do love the treats available this time of year. Hero and I deliberately buy things we don’t love to prepare for the trick-or-treaters we anticipate. Otherwise, we’d have to go buy more as the day came closer. Not that that has ever happened….

To celebrate the spirit of the spooky season, I have lowered the price of my romantic suspense and time travel combines, OUT OF THE BLUE, to 99¢ for the entire month of October. Caveat: When I checked, Amazon had not yet lowered the price. Please don’t give up—they’ll get around to it soon.

The fault for the delay is mine. You see, Hero and I are downsizing, and I mean really, really downsizing! We are so involved in sorting, packing, and donating that each of us has threatened to go to bed and pull the covers over our head. Life has been so hectic that I let my blog time slip up on me. 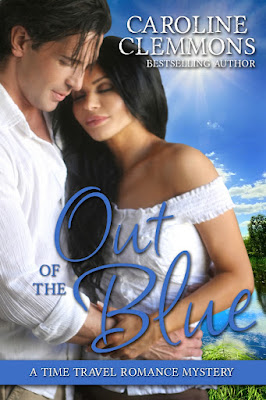 Here’s the description for OUT OF THE BLUE:

1845 Ireland: Herbal healer Deirdre Dougherty never cursed at anyone, much less put a curse on the potato crop of her remote Irish village. She’d rather take her chances with the Atlantic lapping at the bottom of the cliff than the mob intent on burning her as they have her cottage. Deirdre leaps . . . and plops down over 175 years later in a Texas lake. She doesn’t understand how she’s ended up with the man from her recent visions or why he has the same name as the saint to whom she prayed. She’s in danger of falling for the handsome policeman who rescued her, in spite of the fact that he thinks she’s lying to him. How can she convince him her story is true when she’s finding it difficult to believe the tale herself?

Texas Today: Police Detective Brendan Hunter wants answers. Who shot him and killed his partner? Why? And why does Deirdre know details of the event? Her story has to be a colossal fabrication or else she’s a beautiful psycho. Either way, he wants her gone before he becomes even more fascinated with her. But he can’t let her out of his sight until she confesses to how she learned details no one but he and his late partner knew.

You can grab an e-book of OUT OF THE BLUE here:

Enjoy an excerpt from OUT OF THE BLUE:

A huge black car apparently had been parked at the back of the lot by the Dumpster and pulled alongside her. Deirdre saw the dented fender before the door opened. Then she realized the two scary guys from the bar were inside, partially obscured from view by the tinted windows. The blond stepped out and reached for her.

She understood his intent so she screamed for help and ran away from him. People came to the store window.

But no one rushed to her aid. What could a few ladies do against these two frightening men? She’d have to save herself, so she screamed again.

The blond caught up with her and grabbed her arm. “No use screaming, lady. You’re coming with us.” He dragged her toward the car.

She kicked him and screamed again, clawing at him with her free hand. She drew blood along his arm and scratched his face.

He jerked her and grabbed both her hands. “You’re gonna be sorry you made me mad. I have lots of ways to get even.” He told her what he planned as he yanked her toward the car’s back seat.

Strong as an ox, the man held her in an iron grasp so her feet barely touched the ground. He heaved her toward the open door. Suspended above the ground, she braced a foot against the car’s body. With her other, she kicked him between the legs, just as Ma had taught her.

He turned red and released her as he doubled over and dropped to his knees. Without him supporting her, she hit the pavement hard. Her back took the force of her fall and the air whooshed from her. She couldn’t stand but she rolled away.

The driver pointed a gun at her. “Get in or you die right here, right now.”

What had Brendan said about this situation when they watched television? “Never get in the car with anyone.” But how could she resist without him shooting her? She recalled the blonde’s threats. If she had to die, she’d rather it be here quickly than at the hands of these two later. She made the sign of the cross and prepared herself for death.

Blossom and Polly hurried toward her, each carrying a broom and wielding it as if they intended to beat on the blond man. Several associates came with them and lobbed jars of something at the car. In the heat, the jars exploded like small bombs. After one loud crack, red oozed along the spider-webbed glass windshield.

“What the hell?” The scary man in black turned back toward the steering wheel. “Damn it, Rod, with or without her, get the hell in here.”

She struggled to her knees then stood, backing away.

Apparently unable to straighten, the guy she’d kicked hoisted himself back into the car. He yelled, “I’ll get you for this, bitch. When I do, you’re gonna beg me to kill you before I’m through.”

The black car took off with a squeal from smoking tires, dripping red salsa and leaving glass shards in its wake. The driver had his head stuck halfway out the side window, his front windshield obviously too damaged and dirty for the wipers to clear. Aromas from the salsa’s spicy contents filled the air—cilantro, tomatoes, chili peppers. Deirdre fell in love with those scents.

As with most of my other books, OUT OF THE BLUE is also available in paperback and is free in Kindle Unlimited. If you haven’t yet read this fast-paced story, I hope you’ll take advantage of the October price to grab your copy.

What’s your favorite part of Fall?

Email ThisBlogThis!Share to TwitterShare to FacebookShare to Pinterest
Labels: #99¢Sale, #amreading, #amwriting, A Writer's Life, Caroline Clemmons, Fall Sale, OUT OF THE BLUE