ANOTHER SALE FOR YOU!

After a horrific week spent moving across our North Central Texas county to a smaller place, we are frazzled. So many decisions, many of them painful, but we are moved! Of course, the garage is filled with boxes taunting us that they have to be unpacked and the contents placed where they belong. Too much to consider! Our pets love their new home and so do we.

I want to tell you about are my current special sales. From last week, you may recall that my time travel OUT OF THE BLUE is on sale all month for 99¢. I loved writing this story and have had lovely reviews.

The heroine bears one of my all-time favorite names, Kathryn Elizabeth, named after my two favorite aunts, both much beloved by the family and others who knew them. Kathryn Elizabeth goes by Katie. That is, until she has to run for her life. She joins the circus where she eventually poses as Maharani Shimza, Mystic of the East.

I told you we’d been moving, which is why the sale price won’t start until Saturday morning—my fault for procrastinating. Since Katie wears a costume, I thought that made this an appropriate book for near Halloween. There are multiple killers in this book.

Gabe Kincaid has reasons to hate lies and those who tell them. He moved from Austin to Kincaid Springs and joined his great uncle’s law firm. Gabe believes he’s happy and pushes aside those moments of loneliness, of wishing for more. He strongly believes in the law, in justice, and obeying rules. Doing what’s right is fulfilling, isn’t it? Then why is he so fascinated with a circus fortuneteller who spins tales faster than a cowboy whirls his lariat?

Katie Worthington poses as Dorothy Duncan in a small-time circus. If she isn’t behind the scenes mending costumes or in the circus kitchen, she’s disguised as the fortuneteller, Maharani Shimza, Mystic of the East. Even so, she worries about being killed by the men pursuing her. She fears a brawl at her fortune telling tent that sends her into the Kincaid’s protective custody will end with her exposure and death. Then, a death at the circus implicates her. How can she escape when that attorney pops up every time she turns around?

Will Gabe and Katie let the sparks between them ignite into a passionate romance or exposed secrets destroy their chance at a happily ever after? 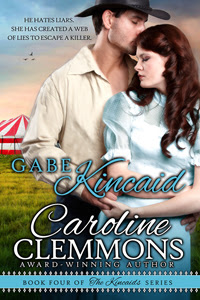 Enjoy an excerpt of their first kiss:

She pressed her hand against his arm. “Don’t, Gabe. It’s such a nice afternoon. Don’t spoil it by prying.”

“All right. But I wish you’d trust me with all your secrets, Shimza. Damn, I feel like a fool calling you that but I don’t even know your real name.”

“Shimza will do. And I do trust you to keep me safe here.”

“But you don’t think I could if you told me more, is that it?” He gently clasped her shoulders and turned her to face him.

Slowly he slid his hands across her shoulders, lightly up her neck, and caressed her face with his thumbs. He rested his hands gently on either side of her face. “Then let’s make it a little more complicated.” He leaned forward and claimed her lips.

She dissolved against him. His gentle kiss increased in fervor. Her arms slid around him and her fingers weaved into his hair.

His hands slid across her back. Stroking. Touching. Hugging.

One of his strong hands skimmed her ribs beneath her breast. Brazenly, she wished he’d move higher where she ached to be touched. As it was, the heat of his touch near burned through her clothing.

He broke their embrace, his chest heaving. “I’ve never kissed a client. Damn, Grandpa will have my hide.”

She rested her head against his powerful shoulder. “Mmm, I don’t think so. Perhaps you noticed we were seated next to one another at dinner. I could be wrong, but I think the Judge and Mrs. Gamble are conspiring. Judge Kincaid smiled when we left the dining room together.”

And he did. Not that she was an expert, but her verdict was he kissed very well indeed. 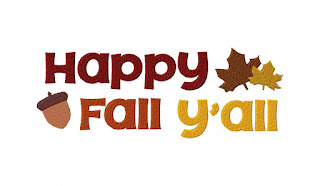 Email ThisBlogThis!Share to TwitterShare to FacebookShare to Pinterest
Labels: #99¢Sale., A Writer's Life, Caroline Clemmons blog, GABE KINCAID, OUT OF THE BLUE