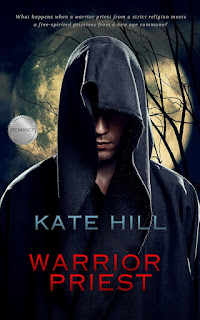 What happens when a warrior priest from a strict religion meets a free-spirited priestess from a new age commune?

Jade and Selena are as different as two people can be, but to facilitate an alliance between their worlds, they engage in a cultural exchange. With their galaxy in danger from a planet that wants to conquer or destroy all others, they realize the importance of their assignment, but it is difficult for a warrior priest and a nonviolent priestess to understand each other.

Selena is both attracted and appalled by his old school masculinity, and Jade is tempted to break his vow of celibacy until marriage due to his powerful desire for her. Will this unlikely pair not only find common ground, but unconditional love?

Again they fell into step at a slow jog. Selena glanced at him, studying his craggy profile, his braid snapping behind him and his sweaty uniform clinging to his muscular frame. She wasn’t sure if it was due to sprinting or if the temperature had already risen, but she was practically stifling.

One moment she was staring at him and the next she hit the ground, pain shooting through her ankle. “Ouch!”

That’s what she got for ogling him instead of watching where she was going.

“My ankle. I must have turned it in that hole.”

With warm hands, he gently felt her injury. It was already starting to swell.

“Let’s get you to the hospital.”

He picked her up before she had a chance to finish. Pressed close to his hot, damp body, Selena instinctively grasped his neck. Mother Sun, he felt as hard as he looked.

“This is quicker and more efficient.”

And almost frighteningly intimate. With his face so close to hers, the temptation to kiss his full, sensual lips almost overwhelmed her.

“The hospital is all the way over there. You can’t carry me.”

His brow furrowed and again she sensed his amusement. “It’s not like you weigh much.”

“I just…are you allowed to do this?”

“Bring an injured woman to the hospital? Yes. It’s not against my religion. In case you missed it, that was sarcasm again.” 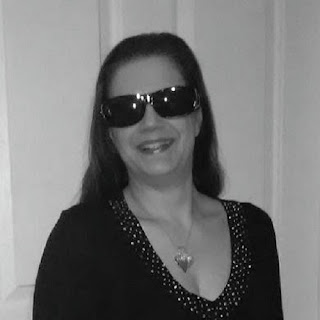 Kate Hill is a vegetarian New Englander who started writing many years ago for pleasure.

When she’s not writing, she enjoys reading, watching horror and action movies, working out, and spending time with her family and pets.

Thank you for having me as a guest!