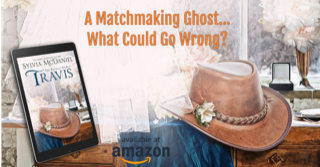 Secrets, Lies, and a Matchmaking Ghost

Billionaire Travis Burnett would love to close the dude ranch portion of the Burnett Ranch. But the family board of directors refuses. So Travis must continue to deal with city slickers who think ranching is just riding horses and sipping cocktails in front of a fire.

He puts his foot down when ghost hunters want to explore the ranch. There are secrets that are better left hidden. Some secrets only the family knows. Some secrets even he wishes would go away.

As the star of her own ghost-hunting show, Samantha Rollins has always wanted to film the mysterious ethereal being she witnessed with her own eyes at the ranch. But one stubborn cowboy stands in her way. So now, after lying about her identity, she has a reservation at the dude ranch. She has her camera, her equipment, and she's covertly going to get the scoop on any paranormal activity.

What she didn’t plan on was Travis Burnett awakening feelings she’d long ago given up on. She doesn’t have time for love, especially with a man she’s keeping secrets from. She has a ghost to catch and a show to promote. And no hunky cowboy is going to stop her.

Travis Burnett glanced around the boardroom table at those gathered. It wasn’t a fancy boardroom, but rather one filled with pictures of family members who had fought and struggled on the Burnett Ranch making it a success.

For over a century, they had worked cattle and made this outfit one of the most profitable and most lucrative in all of Texas.

Now twelve members all related to Eugenia and Thomas Burnett, who started the Burnett Ranch over one hundred years ago, sat around the table to make decisions about their commercial ranch. A dozen members who he often felt like throttling when they came before the board with their cockamamie ideas, who he knew many would disagree with his latest idea.

And still, he had to try. They had more than enough money. Why not focus on the cattle and horses? Especially now that they were talking about reality television shows coming to the dude ranch.

Not a good idea.

“Why in the world would we want to let a ghost hunting show come to the ranch?” he asked, wondering what they were thinking. Or smoking for that matter. “We don’t need that kind of notoriety.”

Most of the board members were in their twenties, all family with only two of the previous generation still making decisions about their corporation.

“It could draw even more attention and make us even more popular,” his cousin Joshua said.

The fool must not have been visited by their great-great-great-great-grandmother. All they needed was for the television show to see her, and oh yes, they would most definitely be the most popular dude ranch in the U.S.—for all the wrong reasons.

“Have you been visited by the ghost?” Travis asked. Was he the only one of this generation who had seen her?

“You don’t believe that nonsense do you?” Joshua said, his smile wide. “Come on, ghosts are not real. And if they are, we should make money on them.”

“Yeah, they need to earn their keep,” his cousin Cody said laughing. “We could make a lot of money on this show, and think of the free advertising.”

“Think of all the looky-loos we’d get. Spend the night at the ranch and see a ghost,” he said.

“She’s not real,” Justin said. “Eugenia Burnett Jones lives on because of her matchmaking reputation.”

“How do you think your ancestors found love?” Aunt Rose asked.

“Oh, please,” Jacob said. “If she was the matchmaker, why aren’t you married?”

You can read the entire first chapter at www.SylviaMcDaniel.com. 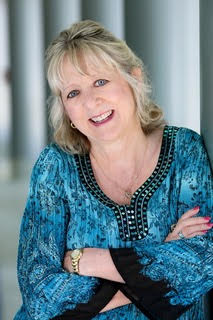 USA Today Best-selling author, Sylvia McDaniel obviously has too much time on her hands. With over eighty western historical and contemporary romance novels, she spends most days torturing her characters. Bad boys deserve punishment and even good girls get into trouble. Always looking for the next plot twist, she’s known for her sweet, funny, family-oriented romances.

Married to her best friend for over twenty-five years, they recently moved to the state of Colorado where they like to hike, and enjoy the beauty of the forest behind their home with their spoiled dachshunds Zeus and Bailey. (Zeus has his own column in her newsletter.)

Their grown son, still lives in Texas. An avid football watcher, she loves the Broncos and the Cowboys, especially when they’re winning.