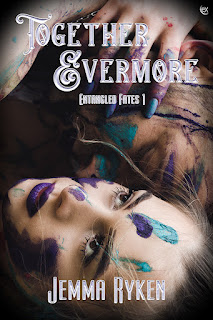 Claramae Howards is no exception. Her secret is seven years old and starting to ask about

his dad—the love she could never get over. Pursuing her love of art brings her a world of

Reid Nyte gave up his heart for a chance at the Majors, but a shattered knee sends his

future down the drain. Now he’s taken over the family business, putting him on a path

Not everyone is happy that the old flames have found their way to each other again, and

dormant threats turn deadly. Claramae and Reid struggle to work through their past while

protecting their present and building a future.

Fate brought the couple back together, but will the threats looming over them tear them

heels. She disposed of her blunt roach in a nearby ashtray, crossing the road when her

playlist melded into the next song. That song. Claramae smashed the skip button, but

it was too late. Memories flooded back, causing her steps to falter. This is a mistake. What was

she doing trying to rent from his father? Jason Mraz may not have given up, but he most

restaurant chosen for the meeting, grateful to be out of the heat. She gave her name

to the host and butterflies took up dance lessons in her stomach, a faint buzz ringing

in her ears. Her palms started to sweat, her heart beating wildly as the host led her around

the corner and into the casual dining area.

Their eyes met, and suddenly they were alone in the room. Seven more years could have

gone by, and she would still recognize him in seconds.

What the fuck is he doing here?

Seeing him sitting there, after all this time, Claramae realized her dreams hadn’t done

him justice. He was a knockout, with an air of effortless confidence and indifference

surrounding him. His demeanour screamed yes, I’m hot as hell but complicated as fuck. And

just like when she was a teenager, he drew her in without so much as a word.

His blond hair was shorter and stuck out at the ears. Her gaze zeroed in on a small scar

over his left brow that hadn’t been there the last time they were together. Reid’s eyes

were as green as a lush forest. She watched them darken with an emotion she couldn’t

focus on, her head too busy spinning.

When did he come back? Did Mom know? Horror gripped her heart like a vice. Julian. Eyes

watering, she fought to keep her composure, but the tears broke through. She turned and

ran back out the door, bumping into a few patrons along the way.

Guilt slammed through her like a Mack truck. The last time she’d seen Reid was the night

before graduation. Reid never showed up for the ceremony, and she left shortly after

the celebration concluded, not feeling much like socializing. Claramae shuttled off to

college—not yet aware she was pregnant—questioning her decision to leave. She had

wanted to talk to Reid about it but never got the chance. Who ditches their own graduation?

Rounding the corner into an alleyway, she braced her hands against the brick wall.

Claramae heaved, but nothing came up. Tears continued down her cheeks. Is this what

dying feels like? Strong hands gripped her shoulders and heat soared down her arms,

the pressure of his body against hers sending tingles throughout her whole being.

Claramae’s head snapped up as she turned and stared at him, open-mouthed. She

hadn’t been called Mae in what felt like a lifetime. Seven years, to be exact. Her breath

caught, and her heart skipped a beat. She gripped his arms, needing to convince herself

that he was real while ensuring she wouldn’t fall on her face.

“Hi,” she squeaked. How did he still have this effect on her?

“Are you okay? You look like you’ve seen a ghost.”

The weed mixed with her emotional state caused her to titter humourlessly, unconvinced

she wasn’t dreaming. Maybe he is a ghost. Claramae laughed harder, studying every hard

line of his face. His nose was crooked from one too many fights, his face covered in a light

layer of scruff, round lips parted, his cheeks puffing rapidly and flashing his dimples.

Claramae imagined the drool hanging from the side of her mouth. His dimples still did

things to her. Reid had certainly beefed up in the past years. His crisp white dress

shirt looked ready to burst at the seams, and his black slacks bunched around tight, hard

muscle. Damn. He looked just as rugged and mouth-wateringly sexy as she remembered.

“I think I have,” Claramae whispered when she’d calmed down enough, tearing her gaze

away from his kissable lips up to his intoxicating eyes.

Reid frowned. Wrapping a hand around her wrist, he ran his thumb along her bracelet.

“Let’s get you back inside. You’re really pale, cupcake.”

Claramae clung to him, basking in the tingling warmth she dreamt of experiencing again.

Inhaling his natural scent of mint and citrus, she sighed and stepped away, not expecting

the loss that rolled over her, or the magnetic pull to walk right back into his arms and stay

there forever, shutting out the world around them. It was almost like no time had passed

Reid flashed a dimpled grin and extended his hand to her, palm up. She took a deep

breath and held on, secretly grateful for the additional balance and the warmth that

spread its way down to the tips of her toes. He led her to their table, where a glass of

water sat next to a half-filled glass of white wine at each place setting.

She sat across from him, unable to tear her gaze away from his leaner jawline and alluring

lips. She drank in deep green eyes, eyes she knew all too well. They were Julian’s eyes.

Not the colour, of course, but they both appeared to have the ability to look straight

through a person. God, she missed those eyes, missed the burning intensity she felt

whenever they were directed at her. Claramae missed his hands on her, his lips kissing

every inch of skin. She hadn’t wanted another man since Reid, and right now, all she

wanted to do was jump him.

“Is this real?” She slapped a hand over her mouth, heat creeping up her cheeks. She did

not just ask that. 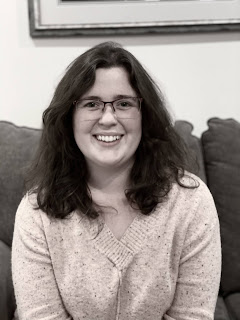 Jemma Ryken began her voyage into writing at a young age. She often has her nose in a book

or her head in the clouds. After taking courses in journalism, she came to the realization that

writing about soul mates and unbridled desire is her true purpose.

Jemma leads a simple and wonderful life. She’s a mother to a very curious little boy and has