The Princess's Knight by Kara O'Neal 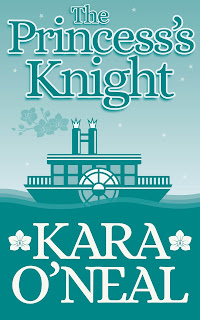 THE PRINCESS’S KNIGHT is book 17 in the TEXAS BRIDES OF PIKE’S RUN series. And it almost never existed.

I started writing the Texas Brides series in the year 2000 and had no plans to give a story to Madeline Talbut. Because…well…Madeline is the “mean girl”, and I had every intention of keeping her that way.

Except as I went through the series, little tidbits popped up about her, and she ends up with a backstory that is pretty heartbreaking. I felt for her. I thought, “Well, perhaps she does deserve redemption.”

But I hadn’t any idea who her hero ought to be.

Then I wrote book 8 – THE EDITOR’S KISSES – and Carl Dawson, a sixteen-year-old, know-it-all who preferred a wandering life to getting hitched declared that he’d never settle down, least of all with someone like Madeline.

And that was it. THE PRINCESS’S KNIGHT was born.

I enjoyed messing up Carl’s plans, and I really enjoyed watching Madeline redeem herself. That was something I didn’t know if I could tackle correctly. I feel as if Madeline’s arc is well-done, but readers will have to tell me the truth!

Carl Dawson finds himself in a Georgia prison with only one way out – get Madeline Talbut, the viperous ice princess and his childhood nemesis, home to Pike’s Run, or lose a year of his life in jail. He takes the deal and finds her playing hostess on a magnificent showboat.

Madeline Talbut has a past she’d like to forget, and she can do that while taking care of the guests aboard the Princess. But, as she sails the mighty Mississippi, a newcomer infiltrates her space, shaking up her heart, awakening the desire she’d thought dormant and reminding her that the past must be dealt with.

Carl learns there is more to Madeline than he’d once thought, and she’s becoming more important to him than he wants. But he must hide his identity from her, or she might not return to Texas and all the pain it holds. And, even worse, if she discovers who Carl really is, he might lose her. Forever.

“Miss Talbut has taken on all my duties aboard the Princess,” Mrs. Cole explained to Carl, “and I’m so grateful to her. And, as you can imagine, I can’t have anything happening to her.” She sniffed, then with care, she smoothed the hair at Madeline’s temple. “Tell me, Mr. Dawson, what do you do for a living?”

Not an odd question, but he felt it was going to lead somewhere. But what could he reveal without giving away who he was? He continued to sense it was better that Madeline not know his connection to her. At least, not yet. “I don’t have a profession. I travel, do odd jobs here and there.”

Mrs. Cole smiled at him. “And save damsels in distress everywhere you go, I bet.”

“I’m quite certain you’re nothing but a gentleman. A true knight,” Mrs. Cole remarked, while Madeline shifted uncomfortably.

Mrs. Cole removed her hand from Madeline’s tightly linked fingers and leaned forward. “I have complete faith that you do, and I must ask for your assistance.” She gazed at him in earnest. “Would you watch over Miss Talbut for me? Be her protector while she carries out her duties?”

Well…damn it all. Relief poured through him. He glanced at Madeline again and saw her lips had pinched, and she looked ready to argue. But…she didn’t. Another revelation.

“I’ll pay you, of course, and it’s temporary. My husband will get better, and no one would dare harm Miss Talbut when he is present.” Mrs. Cole gave a sharp nod to emphasize her statement.

He studied Madeline for a brief second, realized she would abhor him guarding her. But did he have any other choice? “I’ll take the job.”

Well, he’d seen her tantrums. He could handle them. 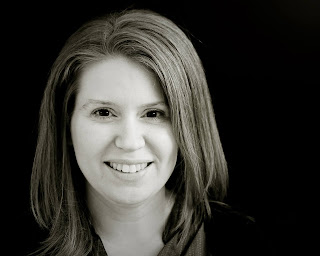 Award-winning author, Kara O’Neal is a teacher and lives in Texas with her husband and three children She write stories with strong family ties, lots of romance and guaranteed happy endings! Please visit her at www.karaoneal.com.

Where to Find Kara

Thank you sooo much for having me! I enjoyed telling everyone about Madeline and Carl.

Love how you come up with your stories Kara!
Good luck and God's blessings
PamT

I enjoyed the post. I love hearing where stories come from--as if they didn't have lives of their own!

Kara, I love the origin story for Madeline and Carl. What fun to redeem a "mean girl".

Love the excerpt! Sounds like a great read. Congrats!

What a great setup for lots of tension! Can't wait to read it!

We at RT Medicare understand the struggles one faces post-surgery or in chronic pain? That is why we are here to help you and your loved ones facing difficulty in going about their daily routines. The elderly of the house need constant attention and care post-surgery or during the recuperating period. You cannot stay by their side every day, and there is nowhere else they would rather be than in the comforts of their home.
Nursing Care Services in Delhi - RT Medicar
Patient Care
Attendant Services
Elder health Care
Babies Care