I have great news! Today the first of the sweet historical Impostor For Christmas series releases. This nine-book series is, as you suspected, about a mail order bride who pretends to be someone else. There are nine reasons for the charade and nine reactions when the true identity is revealed. Each book in the series is stand alone and has no relation to the other books except each book occurs at Christmastime. Each is a complete story to brighten your mood and relieve your holiday stress. 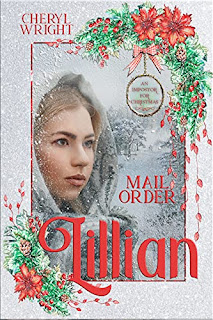 First to be released is Cheryl Wright’s novella, MAIL ORDER LILLIAN: AN IMPOSTOR FOR CHRISTMAS.

Lillian is an unwilling impostor bride. What will Simon do when he discovers her secret?

Montana -- 1880. Simon Watson, owner of a prosperous ranch, needs a wife to look after his motherless four-year-old daughter.

Joy Hanover accepts Simon's proposal, but later changes her mind. She begs her cousin Lillian to go in her place -- leaving out the part she found most objectionable, namely Simon's child.

Lillian plans to tell Simon about her deception the moment she arrives in Samson's Creek, but the best of plans can often go awry.

What will happen when Simon finds out he married an impostor? Will he have the marriage annulled, or will they stay married and get the happy ever after ending each of them crave?

Author's Promise: This is a heartwarming historical Christmas novella with a happily ever after ending and no cliffhangers. It is a clean and wholesome story with nothing more than hugs, kisses, and holding hands. 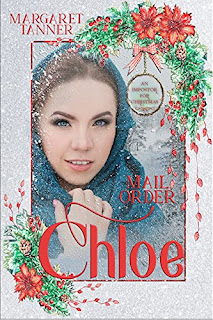 Chloe was an impostor. Joel lied by omission. What hope does this marriage have?

Joel Taggarty rescues a small boy who has been discarded in the wilderness. He now needs to speed up his marriage plans to his mail order bride.

Chloe discovers her friend Rebecca has been working at a saloon and secretly writing to a Colorado rancher. Rebecca's dying wish is that Chloe should go to Joel and pretend to be her. Homeless and without a job, Chloe is desperate enough to try it, even though such an undertaking is fraught with danger.

Will Christmas weave its magic and save their marriage once Joel realizes Chloe is an impostor? 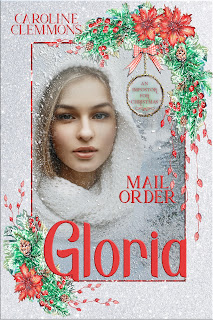 While you’re thinking of it, please select preorder for my book, MAIL ORDER GLORIA: AN IMPOSTOR FOR CHRISTMAS. My book releases on December 3, so you won’t have to wait long before it magically pops up on your e-reader.

A distrustful rancher with a secret…

And a boy in need of a family.

Orphaned at an early age and sent to live with her relatives, Gloria Tabor is fed up with the treatment she receives from her aunt, uncle, and spiteful cousin. In a moment of desperation, she leaves her only relatives’ home. With only a small savings, where is she to go? The question is sobering, but she is determined she will not return to her kin’s home.

While deliberating her lack of choice, she overhears a young man comforting a sobbing woman. After discovering the woman is a friend from school and a few minutes of conversation with them, the young woman offers Gloria the chance to escape town to a ranch in Texas as a mail order bride. In exchange, Gloria must promise not to divulge her real identity until the couple has eloped and had a honeymoon. Elated at the opportunity, Gloria agrees. She vows she will never let herself be told what to do or think again. Committing herself to becoming less shy and more adventurous gives her courage.

On the way to her prospective groom, Gloria rescues a ten-year-old boy from a policeman who wants to take the boy to the local orphanage. Heart filled with sympathy for the homeless child, she intercedes. Later, she wonders how her prospective groom will react to her bringing a ward with her.

Texas rancher Dwight Price is a stickler for honesty. Once someone has lost his confidence, he won’t er fully trust the person again. He strives to live up to his beliefs. On the one hand, he isn’t certain he wants to wed the daughter of his father’s oldest friend. On the other hand, he looks forward to a life of quiet harmony with his mail order bride and the boy he rescued from renegades eight years ago.

On December 23, Gloria is relieved to receive a telegram releasing her from her promise. Dwight wants to know who sent the wire and why. Her explanation destroys the faith he had in her—but then his own secret crops up.

Can these two overcome the damage to their relationship or will each be alone again? 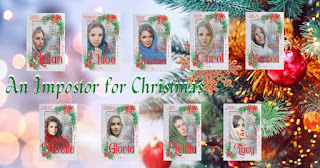 The series page is at https://www.amazon.com/Impostor-Christmas-9-Book/dp/B09H7NN9XK/ At that site, you’ll find nine books listed.

The Impostor For Christmas Series consists of sweet, western historical romances that are short reads certain to bring comfort and pleasure to your fall reading time.

Posted by Caroline Clemmons at 12:48 PM