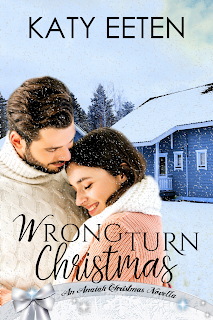 April is desperate to eliminate her dad’s cancer bills so her family can enjoy the holidays. But, on her way to get legal assistance, she ends up at the wrong house. There, she finds a warm and caring soul… but a boyfriend won’t solve her family’s financial issues.

Jake is surprised to find a beautiful woman on his doorstep asking for help. It’s a case of mistaken identity, but after spending just a little time with April, he knows they are perfect for each other—even if she does have bad taste in football teams. Except April is facing an uphill battle, and he believes he has nothing of real value to offer. Or does he?

Jake glanced at his watch. “Do you want me to text Mel? See how long she’ll be?”

Oops. Had her expression given him the impression she was uncomfortable? Hopefully not. Even though she was out of her comfort zone, Jake was a gracious host. Especially seeing that he hadn’t been expecting any visitors. “Um… if you want to. Or we can just jump right into it if you want. I don’t want to waste your time.”

He waved a dismissive hand in the air as he pulled his phone from his back pocket with his free hand. His thumbs moved on the screen as he spoke. “No worries. I didn’t have any plans tonight anyway. Other than watching Thursday night football, even though our team isn’t playing. Are you a fan?”

She lifted an eyebrow. Fan was an understatement. Though she didn’t root for the home team. She was a Chicago girl at heart. “I love football. But my team’s not playing tonight either.”

He tossed his phone next to the remote on the coffee table and glanced up. “Your team? You mean, you don’t back the green and gold?”

She gave her head a slow shake, trying to suppress the smile pulling at her lips.

He opened his mouth in shock. “Then who?”

She swallowed. “Don’t be mad.”

Knowing how Wisconsinites reacted to football rivalries, she pressed her eyes shut and bit her lower lip, anticipating his response. “Chicago.”

April opened her eyes and shrugged. “But there are no rivalries tonight, so I’ll root for whoever you want between Pittsburgh and Dallas.”

Jake let out a hearty laugh, then grabbed the remote. “Deal.” He unmuted the television and set the remote down on the table. “Let me grab some chips. Want a soda?”

“Sure, whatever you’re having is fine.” When he left, she walked to the entryway to grab her phone from her purse, then sat back on the couch to check for messages. Five minutes wasn’t all that late considering Mel’s normal lack of punctuality, but she’d at least expected a text by now. A few notifications illuminated her screen but nothing from Mel. And her phone battery was about to die. Great. At least Jake had reached out to her as well. Hopefully everything was all right.

She tossed her dying phone on the coffee table and reclined against the couch waiting for Jake to bring the snacks. A smile threatened to surface. What was happening here? She’d come over for legal advice, and now she was watching a football game with a guy she’d just met. Oh Mel, you’re never going to believe this. Where was that woman, anyway? 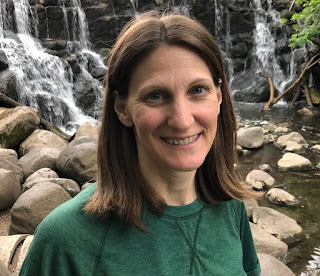 Katy Eeten lives in southeast Wisconsin with her husband, Jason, and their two sons. She works full-time crunching numbers and analyzing data, but her true passion is writing. She has five contemporary Christian romances, three of which are Christmas novellas. When she's not working or writing, she enjoys taking walks or bike rides, baking goodies, and spending time with her family. Learn more about Katy at her website — https://katyeeten.wordpress.com/

Thanks for hosting me! Hope it’s not too soon to say Merry Christmas or Happy Holidays everyone :)